Man, 25, who raped two sex workers in attacks that started when he was just 13 is finally jailed for his crimes after being snared by his DNA when he was arrested again as an adult 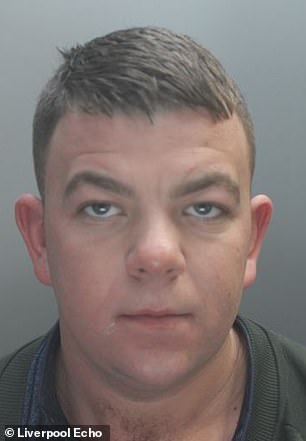 Paul Cleary, 25, of Everton, Liverpool, admitted two counts of rape carried out when he was aged 13.

A man who raped two sex workers when he was still a boy has been jailed – 11 years later.

Paul Cleary, 25, punched and kicked his victims in vicious attacks carried out either side of his 14th birthday in 2007.

Liverpool Crown Court heard he got away with it for more than a decade, due to police failings over forensic evidence.

Martine Snowdon, prosecuting, said the teen targeted the women just over a month apart in the Kensington area.

The victim agreed to sex for £30, but he started being ‘rough’, so she pushed him away and said she always used condoms.

Ms Snowdon said: ‘She went to get a condom out of her handbag.

As she looked down he struck her to her head and continued to punch her with both hands.’

Cleary ignored her pleas to stop and said ‘I want a s***’ before forcing her head down.

She was crying and struggling to breathe, but did as she was told out of fear.

Cleary told the woman he was going to batter her, then ran off – and she flagged down a taxi driver, who called police.

She suffered bruising to her left arm and neck and recalled being in total fear and thinking he would kill her.

Cleary attacked his second victim on May 31, 2007, after meeting her at a bus stop at around 9pm.

He showed her a wad of money and she agreed to perform a sex act for £20, before they went to an isolated grassed area. 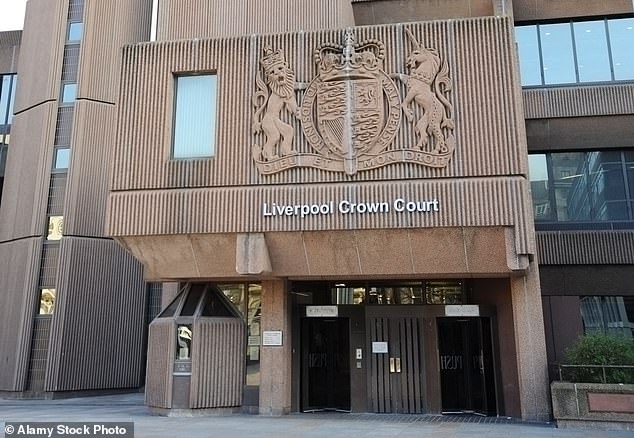 Liverpool Crown Court, above, heard he got away with it for more than a decade, due to police failings over forensic evidence

But as she took out a condom and knelt down, he punched her in the face and demanded a sex act.

He punched her again and out of fear she carried on, as he said: ‘You dirty slag, youse are all whores, you deserve what you get’.

Cleary kicked her in the head and body, causing her to fall backwards, before leaving his DNA on her top.

The victim’s mobile phone rang and he demanded it, but she pulled out a panic alarm and he fled.

The woman, who suffered bruising, said Cleary was a ‘horrible monster’ who made her feel worthless and ‘scared of my own shadow’.

Forensic examination of her top revealed a DNA profile matching the first victim’s jacket, but not any profile on Merseyside Police’s database.

In 2009, Cleary committed an assault and his DNA was taken, but a system failure or ‘human error’ meant it wasn’t processed properly.

Judge Smith said Paul Cleary, above outside court, threatened to attack the first woman even further and only stopped assaulting the second because she had a panic alarm

It was only when he was arrested again in February 2017 that the link was finally made.

Cleary was arrested in June 2017, then aged 24, when he accepted having previously had oral sex with sex workers.

He denied raping or attacking either victim, before confessing to punching the second woman once, saying he was ‘so sorry’.

Cleary admitted two counts of rape ahead of a trial. His convictions since include assault causing actual bodily harm, shoplifting and racially aggravated harassment.

Cleary twice came home from school and had to call an ambulance and his dad struggled to cope, drank to excess and became violent.

Mr Lancaster said: ‘He became more distant from his son and was regrettably on occasion violent to his wife, who was at her most vulnerable. He was a witness to that.’

The lawyer said Cleary was close to his maternal grandparents, but they died and he turned to drink, when ‘lost in grief’.

He said: ‘He was enveloped in a pure anger and hatred, an anger at the world, at other people, to some extent at women.’

Mr Lancaster said Cleary was 6ft and heavily built at 12 and would have appeared a man and ‘a terrifying proposition’.

A psychologist found his crimes were driven by anger and he developed regular epileptic seizures at 14, which he still suffers from.

Mr Lancaster said he was now in a stable relationship and worked in construction, but had post-traumatic stress disorder and ‘self-loathing’.

He said Cleary felt genuine remorse and shame, was caring and kind ‘with insight into the feelings of others’, and posed a low risk of re-offending.

Mr Lancaster said: ‘If he’s deprived of his liberty today he will lose his family for a second time and will lose the second female rock in his life.’

Judge Rachel Smith said Cleary could have been identified in 2009 ‘but for some sort of failure’ by Merseyside Police.

She said he did not plead guilty initially because he was ‘under pressure from friends, your partner and extended family, who simply would not accept you were the perpetrator described’.

Judge Smith said: ‘You persuaded two women – each of them was working as a prostitute – to go with you on the pretext you were a legitimate customer.

‘You persuaded them to go with you for sexual services to what was inevitably an isolated location, where you used violence and verbal intimidation against them and perpetrated an oral rape of each.’

The judge said she must consider what his sentence would have been as a child, but could not lose sight of how serious the rapes were against vulnerable victims whose sexual health was endangered.

Judge Smith said he threatened to attack the first woman even further and only stopped assaulting the second because she had a panic alarm.

She said the facts of the rapes demonstrated ‘a degree of culpability and maturity beyond your chronological age’.

Judge Smith jailed Cleary for three years, prompting female supporters in the public gallery to shout, with one yelling: ‘Oh my God, really?’

Another shouted ‘it’s wrong, it’s wrong’ and one added: ‘You’re horrible. It’s her fault, he was a teenager!’

One woman screamed: ‘F*****s! It’s all wrong, the justice system is wrong. You haven’t got a clue about nothing.’