A MAN woke up to find a death threat scrawled across his bathroom mirror in toothpaste.

The 23-year-old spotted the sinister words "I will kill you" alongside a creepy smiley face on his glass shower screen, also written in the minty stuff. 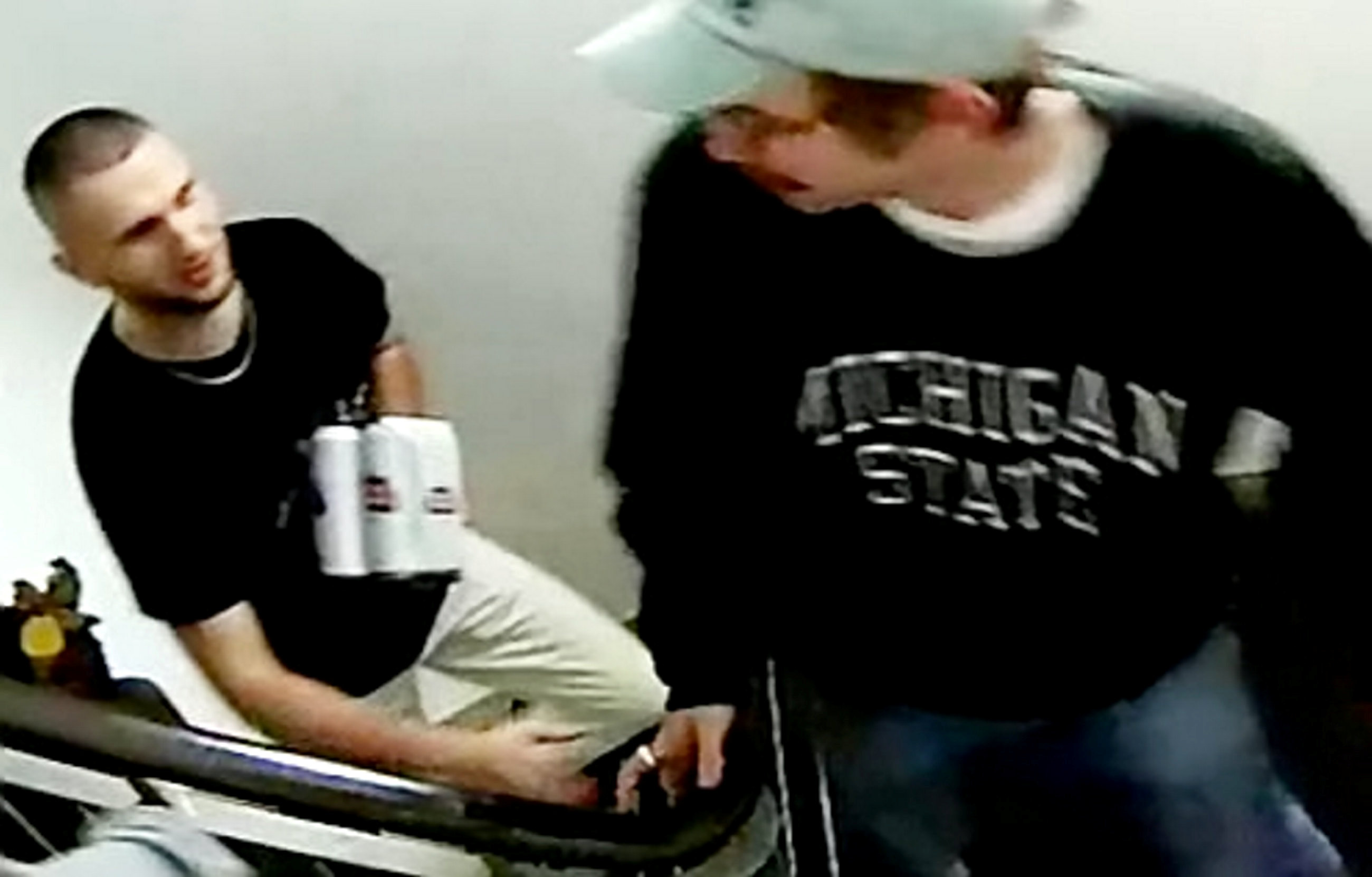 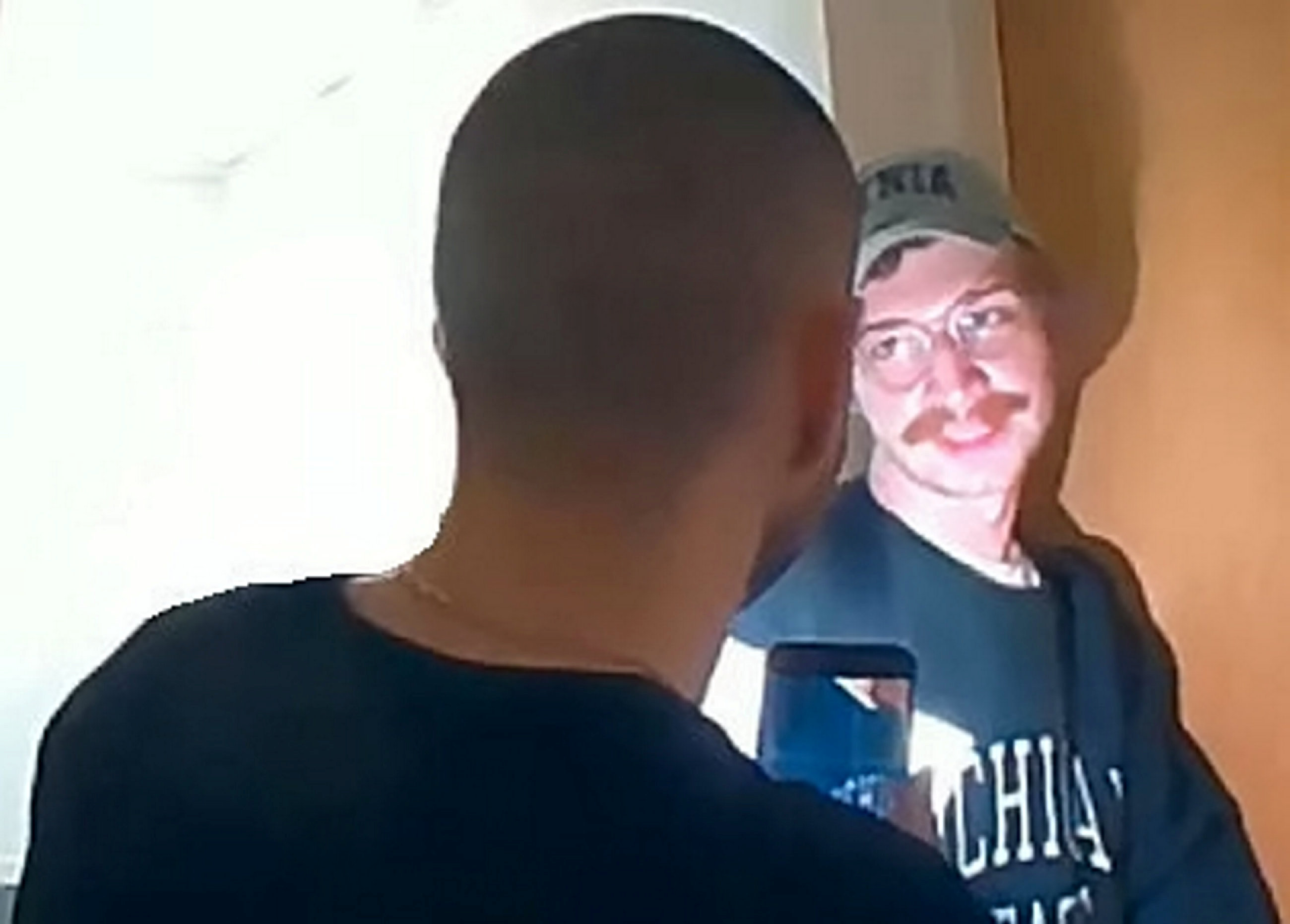 Police have launched a manhunt to track down the people who penned the menacing message in his flat in Nottingham on October 10.

CCTV images of two men officers would like to question over the scare in Lower Parliament Street have been released.

In one snap, the duo can be seen walking up some stairs holding beer cans.

The other shows the moment before the incident took place.

One of the men is wearing a Michigan State sweatshirt, baseball cap, clear glasses and has a moustache, while the other has very short hair and is wearing a black t-shirt a chain necklace.

PC Ryan Horvath, of Nottinghamshire Police, said: "It is unacceptable that anyone should be threatened in this way.

"The impact of such threats can be profound and that is why we are taking this report extremely seriously."

He urged anyone who recognises the men to contact the force on 101 quoting incident 238 of 10 October 2021.