Manpreet Singh, from India, has been labelled the 'pint-sized' man by neighbours after he stopped growing physically and mentally after a year – leaving him as an eternal toddler. 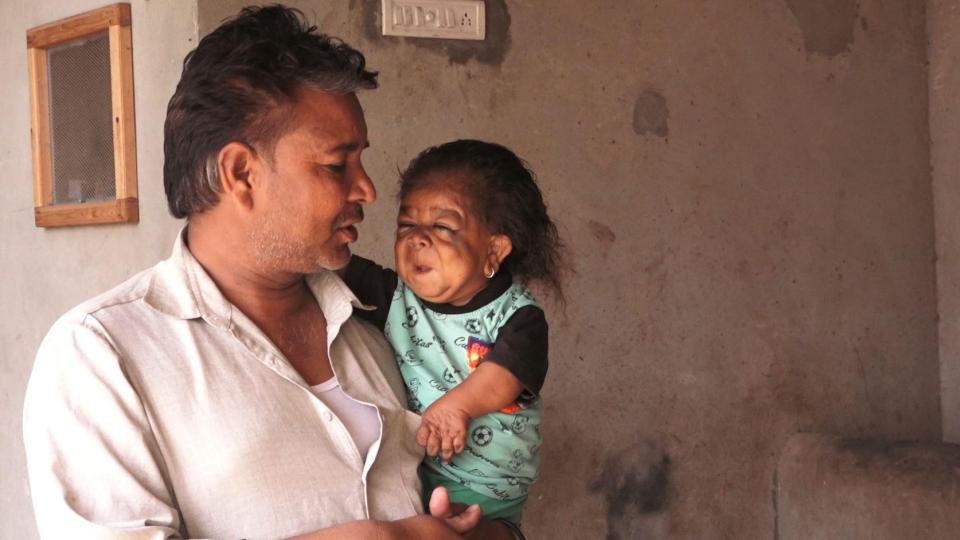 The young man requires round the clock care from his uncle Karanvir Singh, 45, and aunt Lakhwinder Kaur, 42, who carry him everywhere and dote on him.

Manpreet was born in 1995 but suddenly stopped growing before he could walk and talk, but doctors told his father Jagtar Singh, 50, that he would start growing again.

But that never happened and doctors have been left baffled as to the reason why as his brother Mangaldeep and sister Jaspreet have both physically and mentally developed.

Doctors believe the growth defect is due to a hormone deficiency but are unable to identify exactly what without an expensive medical investigation. 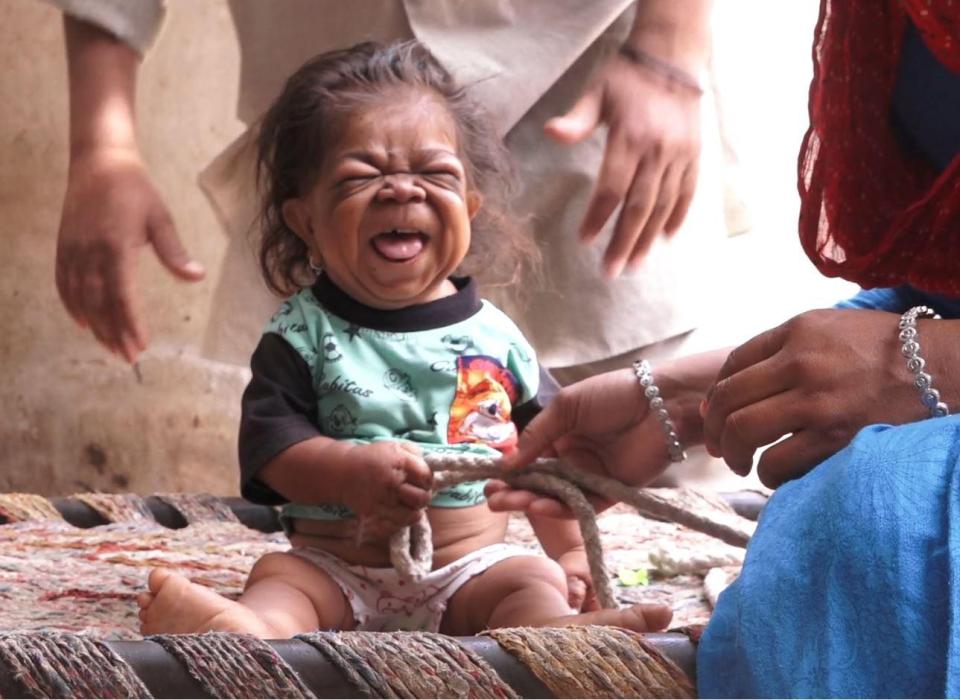 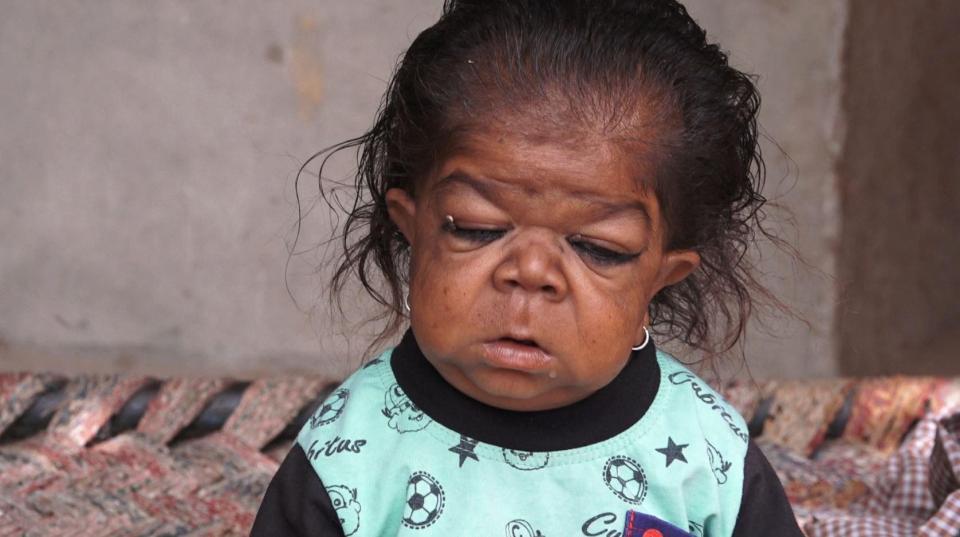 MK Bhadu, a medical officer at a state-run facility at Hisar, said: “The patient’s growth stopped due to some hormonal imbalance.

"A child begins to develop mentally and physically from the age of three. If his body is not developing, the parents should take him to a better medical facility and get him treated."

However, scientists believe Manpreet may have Laron Syndrome, a rare genetic condition that affects just 300 across the globe. 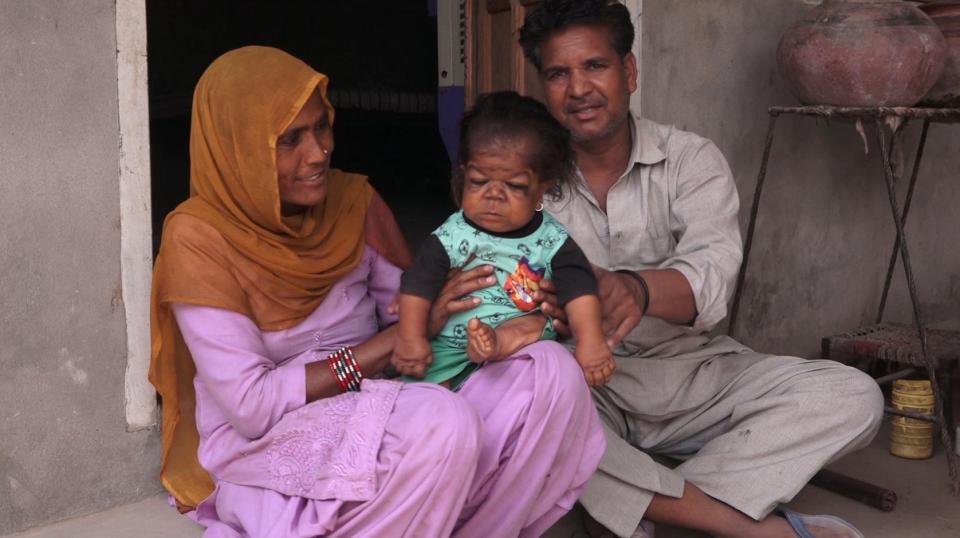 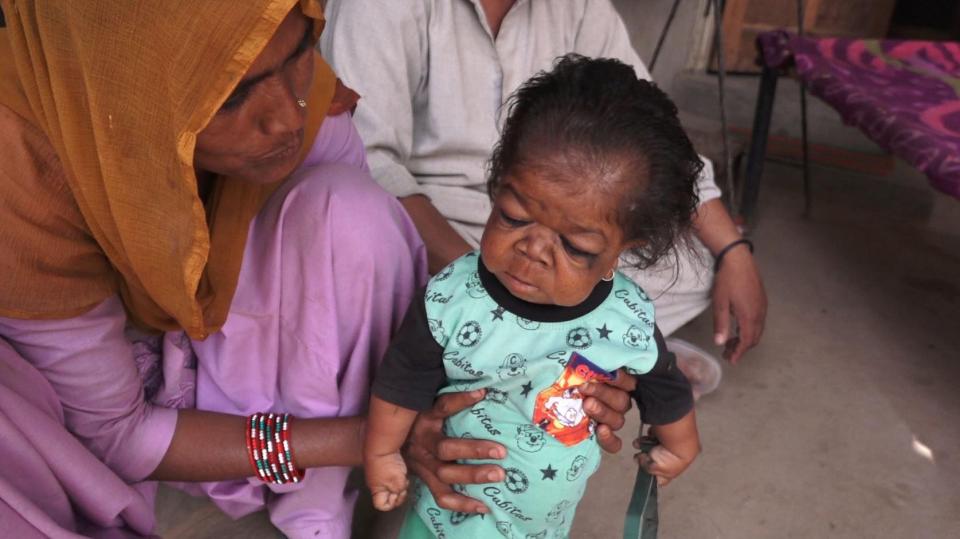 Despite his unusual condition Manpreet is showered with love and affection by family and villagers with many locals believing he is an incarnation of God.

His Uncle Karanvir said: “Manpreet giggles like a toddler and seldom gets sad. It’s only when the dogs or any other animal makes a sound, he gets terrified and cries.

"He is a delightful child and gestures the guests with his hands to sit, and tries to befriend them.”

Manpreet has been cared for by his relatives throughout most of his life, who shower him with love and affection, and refuses to stay with his parents who live 112km away. 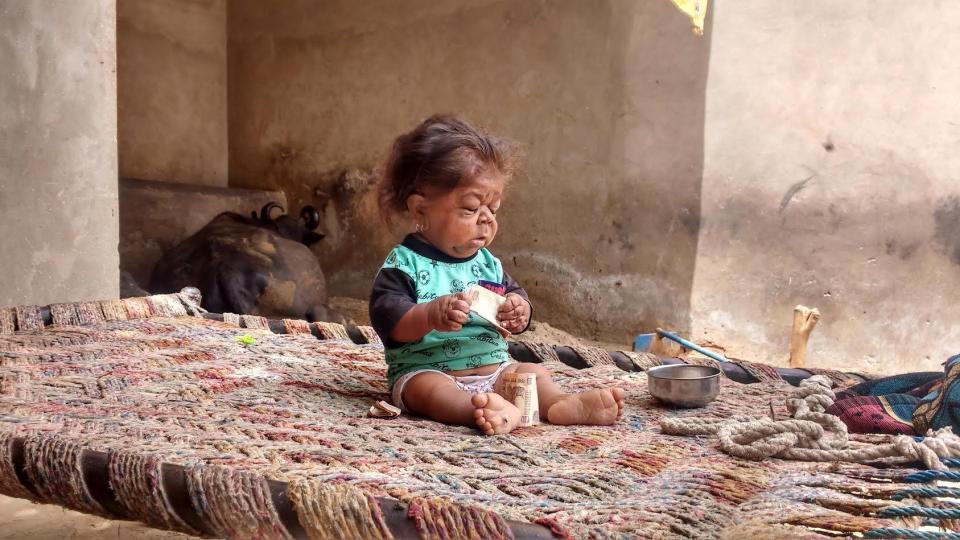 Lakhwinder added: “We have sent him back to his parents several times, but he won't stay with them.

"Manpreet would stop eating and keep crying all the time there. But when he is sent back to us again, he would turn into the same bubbly and joyful kid.

"We love this little bundle of joy so much that the idea of letting him go makes my heart sink."

However the family are worried about his future and have been consulting medical professionals to try and understand his condition.

His cousin Mandeep added: “We took him to a few doctors but his condition could not get any better.

"We have accepted his fate and in a way are happy to have him as his cheerfulness enlightens the environment.”

His uncle and cousins work as drivers and make barely enough to support the family, meaning they lack the funds required to take Manpreet to a good hospital or doctor.

The family are now fundraising in a bid to afford an investigation into his condition and preliminary treatment which will cost around £5,400.