‘It was like Agincourt’: Madness singer Suggs admits he found late 1970s football violence as a Chelsea fan ‘thrilling’ as he recalls narrowly escaping being set on by Millwall supporters

Madness frontman Suggs has revealed he enjoyed the ‘thrilling’ violence at football matches in the 1970s – and even compared one fight to the Battle of Agincourt.

The singer recalled how as a Chelsea fan in his youth he loved the danger of London derbies against West Ham and Millwall fans, that could end up with fans getting ‘annihilated’.

Suggs – real name Graham McPherson – said: ‘It was a thrill, going en masse down to see Chelsea on a Saturday. My mate described it perfectly, “You wake up nervous and you go to f***ing bed nervous”.’ 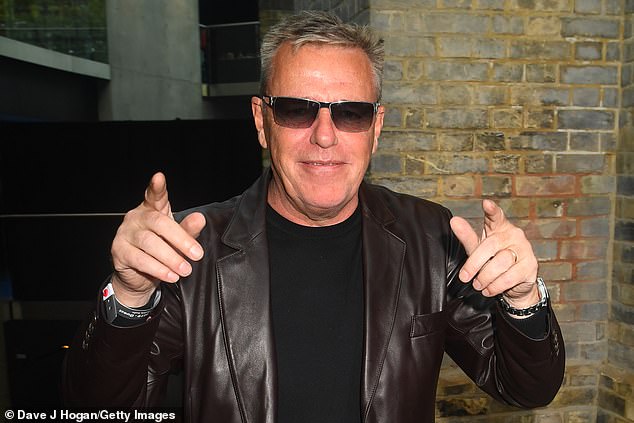 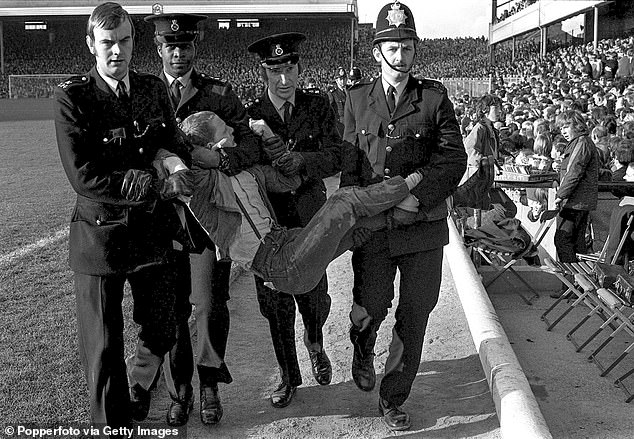 The singer recalled how as a Chelsea fan in his youth he loved the danger of London derbies against West Ham and Millwall fans, that could end up with fans getting ‘annihilated’

But while describing it as a ‘thrill’, the singer added that the experience was ‘terrifying’, as you could run into a rival club’s fans anywhere across the capital.

‘Y’know, get on a Tube train and it’s suddenly full of West Ham fans, and you could get kicked all over the place.’

He made the revelations in a new book about the origins of Madness’ band members, which were published today in the Star.

Suggs also writes about one match against Charlton where again home and away fans were in the same stands, but Chelsea supporter ‘got bored’ and set the stand on fire. 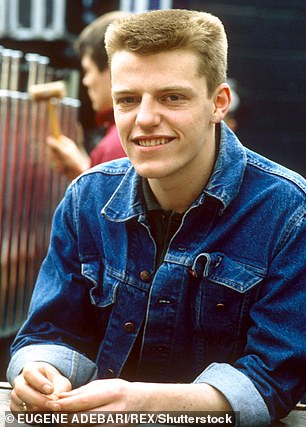 Suggs (pictured in 1981) also writes about one match against Charlton where again home and away fans were in the same stands, but Chelsea supporter ‘got bored’ and set the stand on fire

Outside, mounted police awaited the rowdy fans’ arrival. But, as claimed by Suggs, one fan decided to ‘scatter marbles’ on the ground, sending the horses flying.

He said that the fight that ensued between rival fans and the police was a scene comparable ‘to the Battle of Agincourt’.

But for the 58-year-old, Millwall fans will remain as the ‘worst’ in his memory.

‘One time, going to the old Den at Millwall, with Chalky, he had the great foresight to go, “Let’s not go in the away end. Let’s go in the Millwall end. Hide your scarf”.

‘Anyway, we just saw the Chelsea fans being sort of annihilated in the away end. Terrific excitement, though, going down the Tube and you’d hear a roar coming round the corner, and you didn’t know who it was.’

Now in their 50s, Madness may have toned down their offstage antics but continue to perform, and slated for a set of sold out shows later this year.

The group’s new book also recounts the origins of all the band members, and several stories about ‘playing music together, riding freight trains, spraying graffiti and stealing records.’

Before We Was We: Madness By Madness, is available now.