Madeleine McCann could have been taken by sex trafficking gangs helped by police, a think-tank has claimed.

The shocking allegations were made by John Whitehead, president of US-based Rutherford Institute and author of a recent report on child sex abuse in the US, who said he believes she was taken in the same way as other children.

This comes after police began investigating an alleged foreign paedophile who was in the area in May 2007, following a tip-off from Scotland Yard, according to Portuguese media.

Maddie has been missing for 12 years since she disappeared from her hotel room in Praia da Luz, Portugal, while her parents had dinner in a nearby restaurant. She had been with her younger twin siblings. 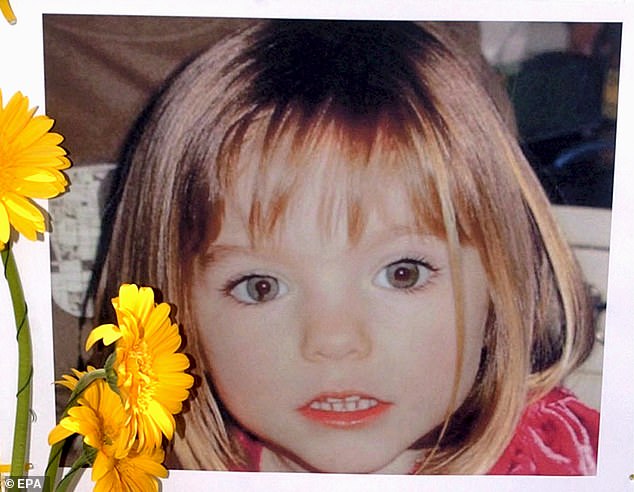 Madeleine McCann may have been taken by sex trafficking gangs helped by police, claims a US-based think-tank 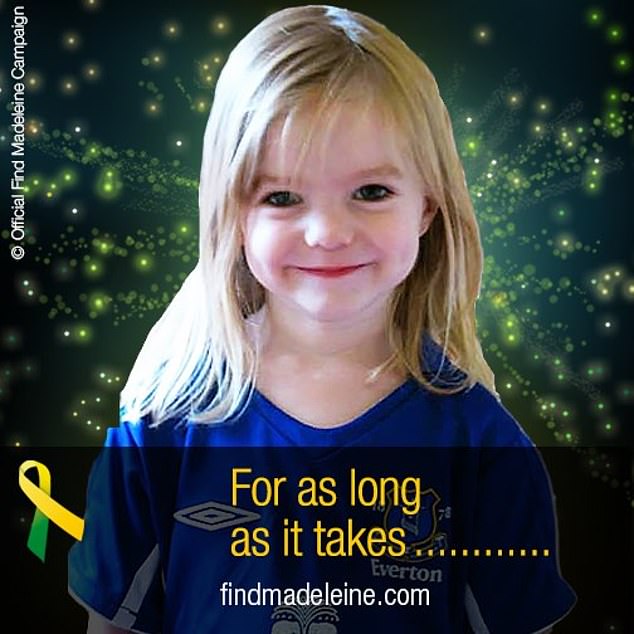 Kate and Gerry McCann posted on their website findmadeleine.com where they said they would like to ‘fast forward’ the first couple of weeks in May (Madeleine pictured above)

When asked whether he thought Maddie was taken in a similar way to other children, Mr Whitehead told the Daily Star: ‘Oh I think she was. Kids are being snatched all over the world.

‘When you look at migrant children coming across the border in the US, they just go missing.

‘It’s big business. You can get more money than from drugs and guns because you have kids doing multiple sex acts a day and they’re being filmed’.

Whitehead also claimed the child sex industry was being made possible by ‘predatory cops’ – although there is no evidence to suggest Portuguese police were involved.

The Rutherford think-tank recently published a report on child sex trafficking, entitled The Essence of Evil: Sex with Children has become Big Business in America, which looked into how kids are bought, sold and exploited sexually.

Portuguese detectives were recently given extra resources to look into a new suspect, following a tip-off from Scotland Yard.

Authorities are said to have ‘many doubts’ that Maddie is still alive amid claims police are ‘nearer to knowing what happened’.

A report by news website Expresso said the enquiry ‘relates to a complaint made about a foreigner who was in Portugal in May 2007.’

‘The suspect is no stranger to Portuguese police,’ it goes on.

‘At the time the PJ investigated him on suspicion of being involved in cases of paedophilia but in light of the information coming from London, the investigators are looking into this case in more detail.’

A Scotland Yard spokesman said the investigation was ‘ongoing’ but said they would ‘not provide a running commentary’.

Lisbon-based newspaper Correio da Manha said prosecutors had turned down a request to see material in the case because of ‘active lines of investigation’.

‘More inspectors are advancing with an investigation into a new suspect. A new clue and a new suspect, which the PJ are trying to keep an absolute secret, has led to new resources being put in place to investigate the little girl’s whereabouts.’

A spokesman for Portugal’s attorney general said: ‘Regarding these facts, as is public knowledge, an inquiry in the Faro DIAP Public Prosecutors Office is ongoing. It is under investigation.’

The latest development came as Madeleine’s parents vowed to carry on looking for their daughter ‘for as long as it takes’.

Kate and Gerry, who cling onto a glimmer of hope that Maddie could still be alive, tell of their ‘comfort and reassurance’ that the police hunt to find her carries on.

In a message to mark the latest harrowing milestone which they wish they could ‘fast forward’, they share their heartache that Maddie would soon be turning sixteen.

In a posting on the Official Find Maddie Campaign website the couple from Rothley, Leicestershire, jointly say: ‘It’s that time of year again. As much as we’d like to fast forward the first couple of weeks of May, there’s no getting around it.’ 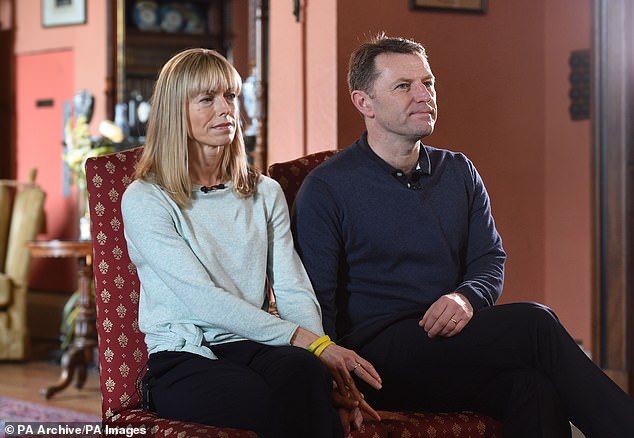 Kate and Gerry McCann (pictured above) have vowed to continue to look for their daughter Madeleine, who went missing in 2007

Three-year-old Maddie vanished during a family holiday in Praia da Luz, Portugal, in May 2007. She had been left sleeping alone with her younger twin siblings while her parents were dining in a nearby tapas restaurant with pals at the seaside complex.

In a joint message they write: ‘The months and years roll by too quickly; Madeleine will be sixteen this month. It’s impossible to put into words just how that makes us feel. There is comfort and reassurance though in knowing that the investigation continues and many people around the world remain vigilant.’

They add: ‘Thank you to everyone who continues to support us and for your ongoing hope and belief. For as long as it takes.…’ before signing off Kate and Gerry. 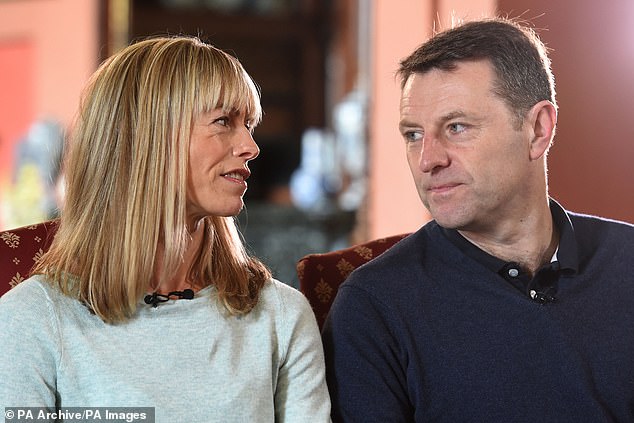 The couple (pictured above) have remained extremely grateful to Scotland Yard

The Facebook page, run by a close friend of the McCanns and seen by millions across the globe, has updated its cover photo with the couple’s key words ‘For as long as it takes….’ in yellow, a couple representing hope in Portugal.

Kate and Gerry’s message entitled ’12th Anniversary of Madeleine’s Abduction (3rd May 2019)’ was posted just hours before they are due to join well wishers tonight to remember their daughter during a poignant prayer service in their home village.

Family, friends and locals will gather at the war memorial where a lantern – a beacon of hope – still shines brightly around the clock for the world’s most famous missing child.

Maddie’s parents remain extremely grateful to Scotland Yard who have actively been searching for their daughter for the past eight years. 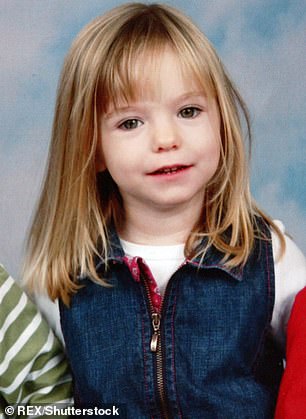 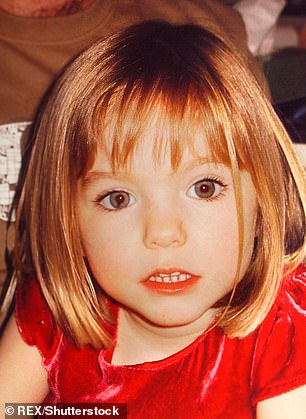 Metropolitan Police chief Cressida Dick confirmed yesterday that the force had applied for more money from the Home Office to continue its Operation Grange search for Maddie.

She said: ‘We have active lines of inquiries and I think the public would expect us to see those through. A very small team continues to work on this case with Portuguese colleagues and we have put in an application to the Home Office for further funding.’

Kate has previously said in a log standing post on the Find Maddie website: ‘As a parent of an abducted child, I can tell you that it is the most painful and agonising experience you could ever imagine. My thoughts of fear, confusion and loss of love and security that my precious daughter has had to endure are unbearable – crippling.’

A controversial new Netflix documentary re-examining Maddie’s kidnap was released last month, triggering a barrage of online abuse against Kate and Gerry by heartless trolls. They pair, who refused to take part in the eight hour programme series, slammed it for ‘potentially hindering’ the search for their daughter while an active police hunt is ongoing.