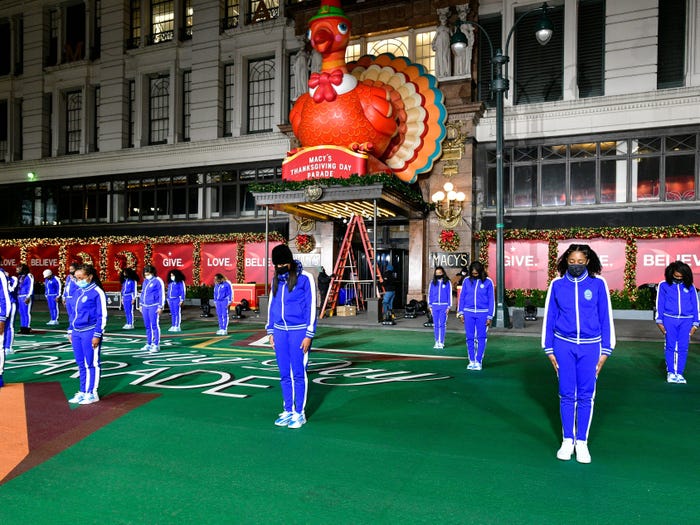 Macy's faced swift backlash after it referred to performers from a historically Black Greek life organization as a "diverse dance group" during its annual Thanksgiving parade on Thursday.

Macy's introduced the Centennial Steppers of the Zeta Phi Beta sorority, which was founded at Howard University in 1920, in a since-deleted tweet that said: "What's that sound, you ask? Why it's the diverse dance group, Zeta Phi Beta Steppers!," according to USA Today and The Grio. The tweet drew swift backlash from users online.

In a follow-up tweet, Macy's said, "We loved having @ZPHIBHQ — an international, historically Black Sorority."

A spokesperson for Macy's did not immediately respond to Insider's request for comment on Thursday.

Referring to people of color as "diverse" is a "dangerous step," David Troutt, a professor of law at Rutgers Law School, wrote in an op-ed in OZY.

"Diversity-speak has turned me, a Black human, into a "diverse" person," he wrote in OZY, adding that referring to people of color as "diverse" is "a reminder that our presence reflects a racial compromise in which the indirect reference to White identity is embedded in the euphemistic label."