The survey by pollster Elabe found that 66 percent of French people think that Mr Macron’s “methods” and “style” remain unchanged, despite being two key drivers of the anti-government revolt that rocked France and badly undermined his authority. Some 34 percent of respondents, however, said the young centrist had been humbled by the rebellion and sought to shake off his reputation for arrogance following the unrest. Fifty-eight percent of those interviewed said that the yellow vest crisis had had “no impact” on Mr Macron’s tough social and economic policies.

The poll for the rolling news channel BFMTV also found that 64 percent of voters are “pessimistic about the future of French society”.

Mr Macron, 41, swept to power in May 2017 on high hopes he would rebuild France from its core and shake up politics.

But the dizzying momentum was knocked out of his presidency by the yellow vest movement, whose members have held sometimes-violent weekly rallies against social inequality.

The protests started in mid-November over planned fuel tax hikes and the high cost of living, but quickly morphed into a wider rebellion against Mr Macron and his pro-business reform drive.

Bitterly criticised for often seeming indifferent to people’s daily struggles, Mr Macron has since adopted a less confrontational attitude and attempted to show a more attentive side.

In April, he promised tax cuts worth some five billion euros (£4.5billion) as he called for a return to public order.

He said the cuts would be financed by eliminating corporate tax breaks, longer work hours and reductions in public spending. 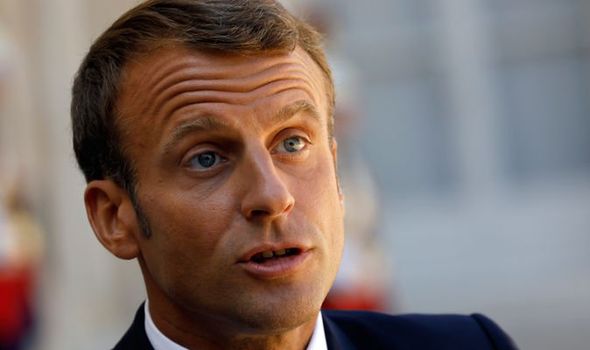 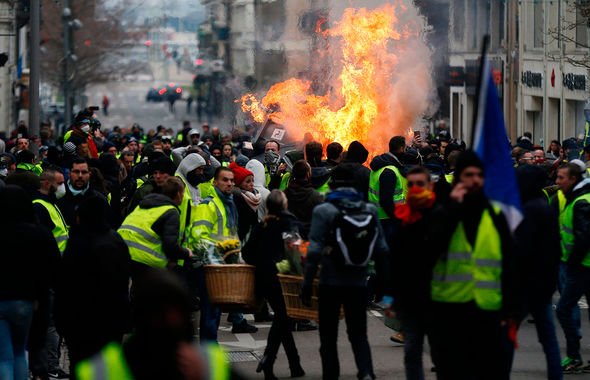 The measures came on top of a package of tax cuts and income top-ups worth 10 billion euros (£9 billion) which was announced at the height of the unrest in December.

The centrist government, which admitted that the social crisis had led to many people feeling “anger and impatient for change,” said in June that it was time to relaunch the reform agenda with what it called an “Act II,” after spending months rebuilding political capital.

While Mr Macron has steered clear of bombshell announcements, he has promised to accelerate his reform programme – but deliver it in a less abrasive manner by adopting a new method of governance that would see citizens play a larger part.

The government is now treading carefully with plans to overhaul the country’s complex pension and unemployment systems, two hot-button issues that may reignite popular anger, even if the yellow vest protests have all but ground to a halt.

Both moves are expected to meet stiff resistance from unions, with protests against the pension reform already planned for late September.

The Elabe poll of 1,001 people was carried out online between August 27 and August 28.