An investigation into what caused a catastrophic helicopter crash at Mount Disappointment has entered its third day, as heartbroken families, friends, and colleagues mourn those who died in the tragedy.

Melbourne-based virtual marketplace AXIchain confirmed on Friday that finance consultant Ian Perry, along with its chief executive Linda Woodford, from Inverloch, were among those on board. 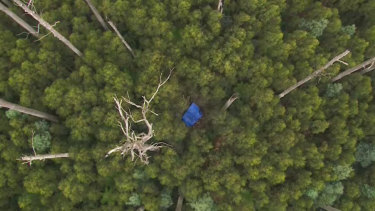 The site of the helicopter crash at Mount Disappointment. Credit:Nine News

The company remembered Mr Perry as “a respected member of the agricultural industry and a committed family man”, who would be sorely missed by all that knew him.

The AXIchain website stated Mr Perry had a long history in banking, finance, and capital markets in the agriculture and agribusiness industries. He lived in NSW, and once worked as the head of agribusiness for ANZ’s corporate and institutional banking division. 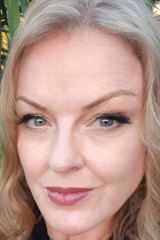 The company said both Mr Perry and Ms Woodford were on the flight, which was from Melbourne to Ulupna, near Victoria’s northern border, to visit clients in regional Victoria.

Nine News reported on Saturday the charter company that owned and operated the helicopter, Microflite, was working to put together a tribute to the people who died in the crash.

Ms Woodford’s friend Miriam van Heusden told The Age and Sydney Morning Herald she was “very passionate, strong and family-orientated”, and was living her dream as the company’s chief executive.

Pilot Dean Neal, aged 32 from Cheltenham, was remembered by his family as someone who was fun-loving and lived life to the fullest.

“Dean has always been the most conscientious of professional pilots and always put the safety and wellbeing of his passengers in the highest of his priorities during his many years of professional service,” his father, Rodney, said in a statement.

“We know Dean would have done anything in his power to deliver his passengers safely to their destination.” 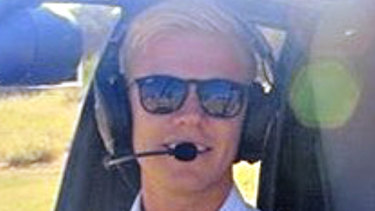 Albert Park grandfather and “stalwart of the meat industry” Paul Troja, 73, took the flight to Ulupna, near Victoria’s northern border, to assist with the sale of a business, according to his son Luke Troja.

He had vowed it would be his last job, and welcomed a new granddaughter only the day before the crash near Blair’s Hut on Thursday.

“He wanted to spend more time with family, but he wanted to do one more last job to get money behind him, so he could help us out with things that we wanted to do,” Luke Troja told Nine News. 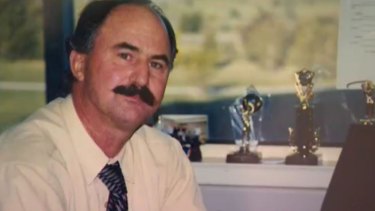 Another man who died in the tragedy, from NSW, is yet to be identified.

Australian Transport Safety Bureau investigators took over the site of the helicopter crash on Friday, and bureau chief commissioner Angus Mitchell said they would stay there analysing the wreckage for at least three days.

Once their analysis was done and they had retrieved any components to take back to their Canberra technical facilities, it would be up to the helicopter’s owner or their insurance company to have the wreckage winched out.

As of Friday afternoon, investigators were yet to retrieve anything from the aircraft, or talk to the pilot of the other helicopter, which was in convoy with the one that crashed. Mr Mitchell said, “that certainly will be one of our priorities”.

“We’ll also look at not only what’s on the ground there, [but] we’ll try and put up drones … to get a picture of what was the flight path of the helicopter in its final moments, particularly where it may have impacted any of the trees, and what that story can tell us.

Victoria Police’s Chief Commissioner Shane Patton said the terrain of Mount Disappointment and amount of wreckage strewn around the scene meant it would be a “complex” investigation.

He said it would be “some time” before the bodies of the five people who died in the crash could be retrieved.

The helicopter was one of two aircraft travelling on a private charter from Melbourne when it lost communication with the second aircraft in low-hanging clouds at 8am.

Six people were in the other helicopter, which landed safely nearby at Mangalore after the incident before returning to Moorabbin.