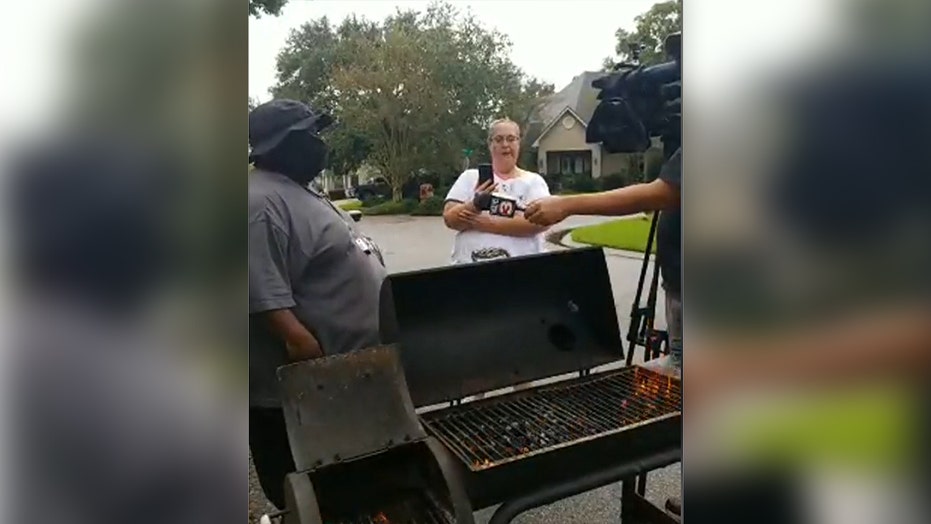 A Louisiana woman was arrested Saturday after setting up a barbecue outside the Lafayette mayor’s home and grilling in protest of a police shooting that left a Black man dead earlier this month.

Tara Laxey, who is part of a local activist group called Unity7, fired up a grill in the street in front of Mayor-President Josh Guillory's home. The small protest was recorded on Facebook Live.

Laxey said the barbecue was an attempt to invite Guillory for a discussion about the Aug. 21 police shooting of Trayford Pellerin, a 31-year-old Black man, in Lafayette.

Louisiana State Police have said Pellerin was carrying a knife and was shot when he tried to enter one convenience store in Lafayette after causing a disturbance at another. Pellerin’s death has heightened tensions between protesters and local leaders in the consolidated city and parish of about 244,400 in Louisiana's Cajun country.

Another activist, who identified himself as Gerry W. Monroe, protested alongside Laxey as flames rose from the grill. He told KATC-TV that he planned on following Guillory until he speaks with protesters.

Police officers eventually arrived at the scene as Laxey grilled hamburgers and hotdogs. Officers explained that Laxey cannot grill in the street and asked her to leave, according to the Facebook Live video.

Laxey and the officers spoke for several minutes before she was placed under arrest.

Laxey is facing charges of disturbing the peace and obstruction of a public passage, Sheriff Mark Garber confirmed in a press conference, the outlet reported.