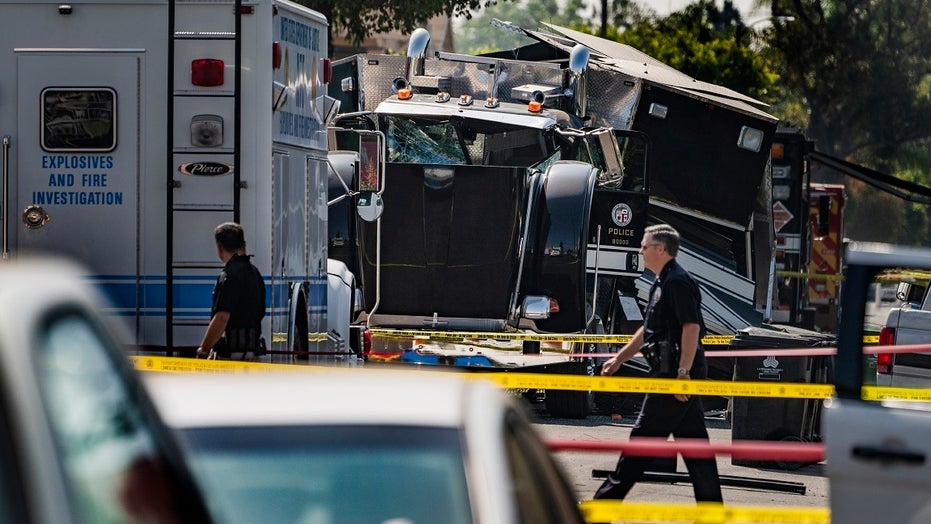 Los Angeles bomb technicians miscalculated the weight of homemade fireworks when they detonated them last month, setting off an explosion that rocked a residential neighborhood and injured 17 people, officials said Monday.

Five members of the LAPD bomb squad have been removed from field duties and could face discipline as an investigation into the June 30 incident in South Los Angeles continues, police Chief Michel Moore said during a news conference. The explosion came after a day spent by the LAPD disposing of thousands of pounds of commercial fireworks inside a home after authorities received a tip bout the large cache. 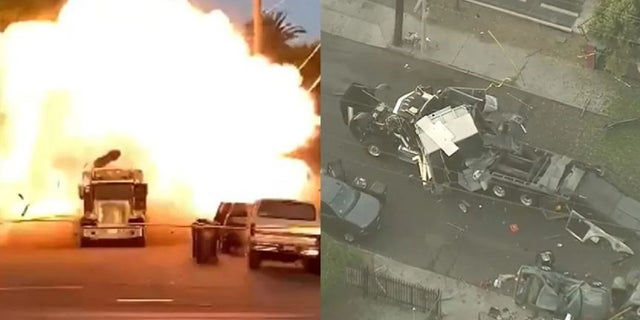 Those fireworks were destroyed at another site. Also found at the home were homemade fireworks that were leaking, prompting the bomb squad to determine they were unsafe to move.

They examined them by X-ray and robotics and loaded them into the detonation chamber, officially called a total containment vessel.

Without using a scale, as is allowed by Los Angeles police procedures to avoid additional handling of the unstable devices, bomb technicians estimated the weight of the homemade explosives and a counter-charge to be about 16.5 pounds. 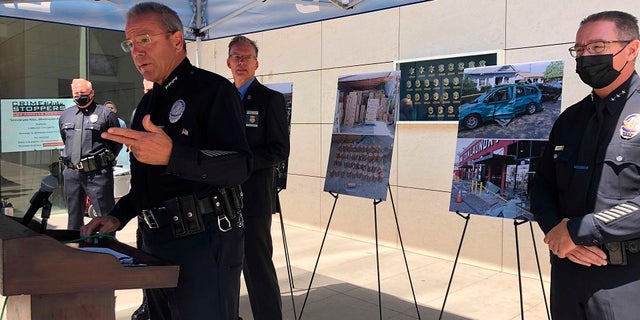 “Based on information gathered at this point, it is believed that the net explosive weight placed into the [vessel] exceeded its rated capacity,” Moore said.

The explosion — which damaged dozens of homes, businesses and vehicles just days before July Fourth — was highly unusual, officials say, because such containment chambers are designed to withhold blasts. The bomb technicians overloaded it above the safety rating, however, even as authorities are investigating if the detonation device had a defect.

The truck-mounted chamber used on June 30 had been in service for a decade and was being used for the 42nd time, officials said.

Among those injured were nine police officers and a federal agent. One officer is still recovering at home, authorities said. The blast prompted criticism about the decision to detonate the explosives in the middle of a residential neighborhood.

“This is by far one of the LAPD’s biggest blunders in recent history, which has further betrayed the trust of our South LA Community,” he said in a statement. “My constituents feel that this was a blatant disregard for their safety and our community of color.

“This tragedy could have been prevented and I wholeheartedly believe that additional safety precautions would have been taken in a more affluent community,” he added. 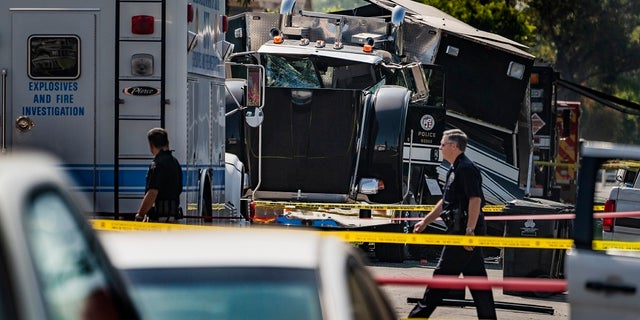 Authorities believe the fireworks were purchased in Nevada with the intention of selling them in the neighborhood days before the Fourth of July weekend.

The man arrested in connection with the fireworks, Arturo Ceja, 26, has been charged with suspicion of possessing a destructive device. He was released on a $500,000 bond. He is due back in court in October.