London PRIDE! Capital bursts with rainbow colours as up to a million people are set to take to the streets for one of the world’s biggest LGBT celebrations

London is bursting with every shade of the rainbow as up to a million people are expected to flock to the capital to enjoy – and take part in – today’s colourful Pride in London Parade.

There are nearly 500 groups marching in this year’s parade, and it is expected to be the most diverse yet.

The parade sets off from Portland Place at midday, moving down Oxford Circus, along Regent Street to Piccadilly Circus, Lower Regent Street, Pall Mall and then passing Trafalgar Square before finishing on Whitehall – ending about 5pm.

Organisers recommend that spectators avoid busy locations such as Trafalgar Square and Piccadilly Circus as there are plenty of vantage points to watch the parade, which will fill the whole afternoon.

Along the parade route keep an eye out for the podiums – where spectators will be welcomed by an array of parade hosts who will let people know who is who, and what is going on during the parade.

Most importantly, wear suncream and take plenty of water to keep hydrated as blue skies and ample sunshine will provide yet another hot day in the capital, advise organisers. 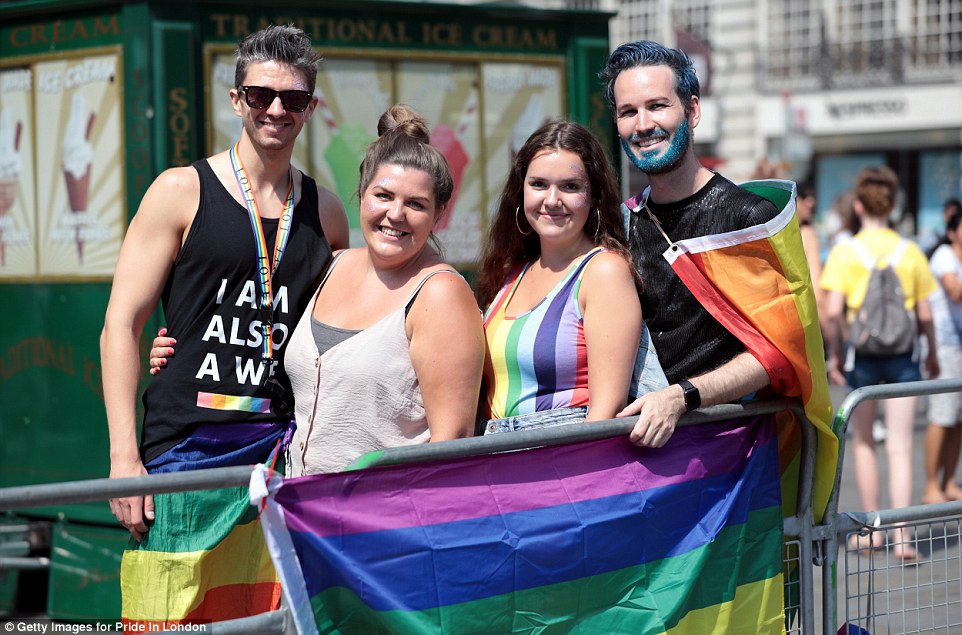 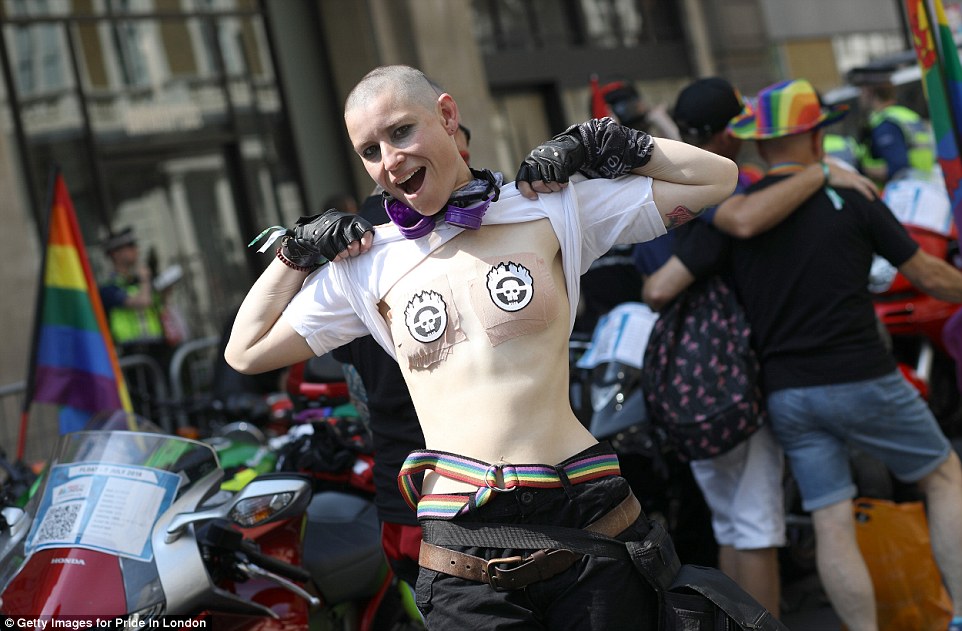 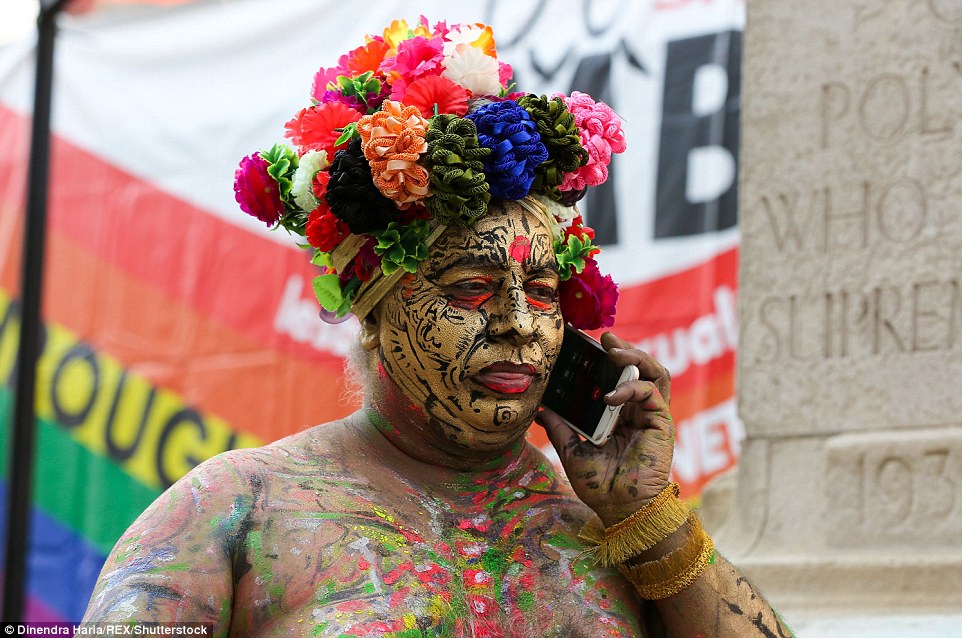 Face paint, glitter and colourful headwear are the order of the day. Visitors are flocking to the capital to help celebrate the diversity of the LGBT+ community with the colourful Pride in London Parade through central London 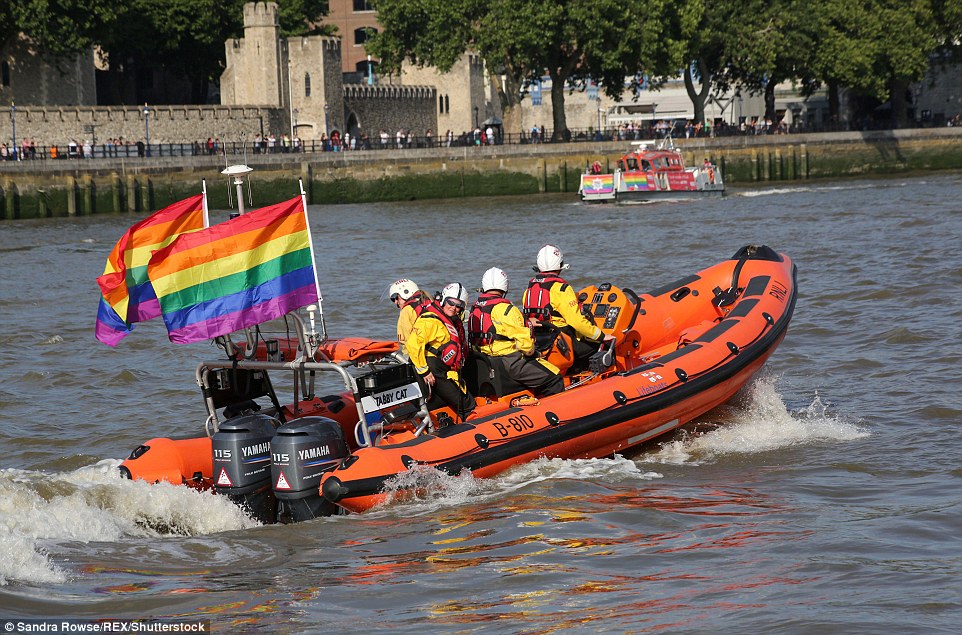 Above, a RNLI boat takes part in the Pride Thames River procession. This year’s Pride in London theme is #PrideMatters 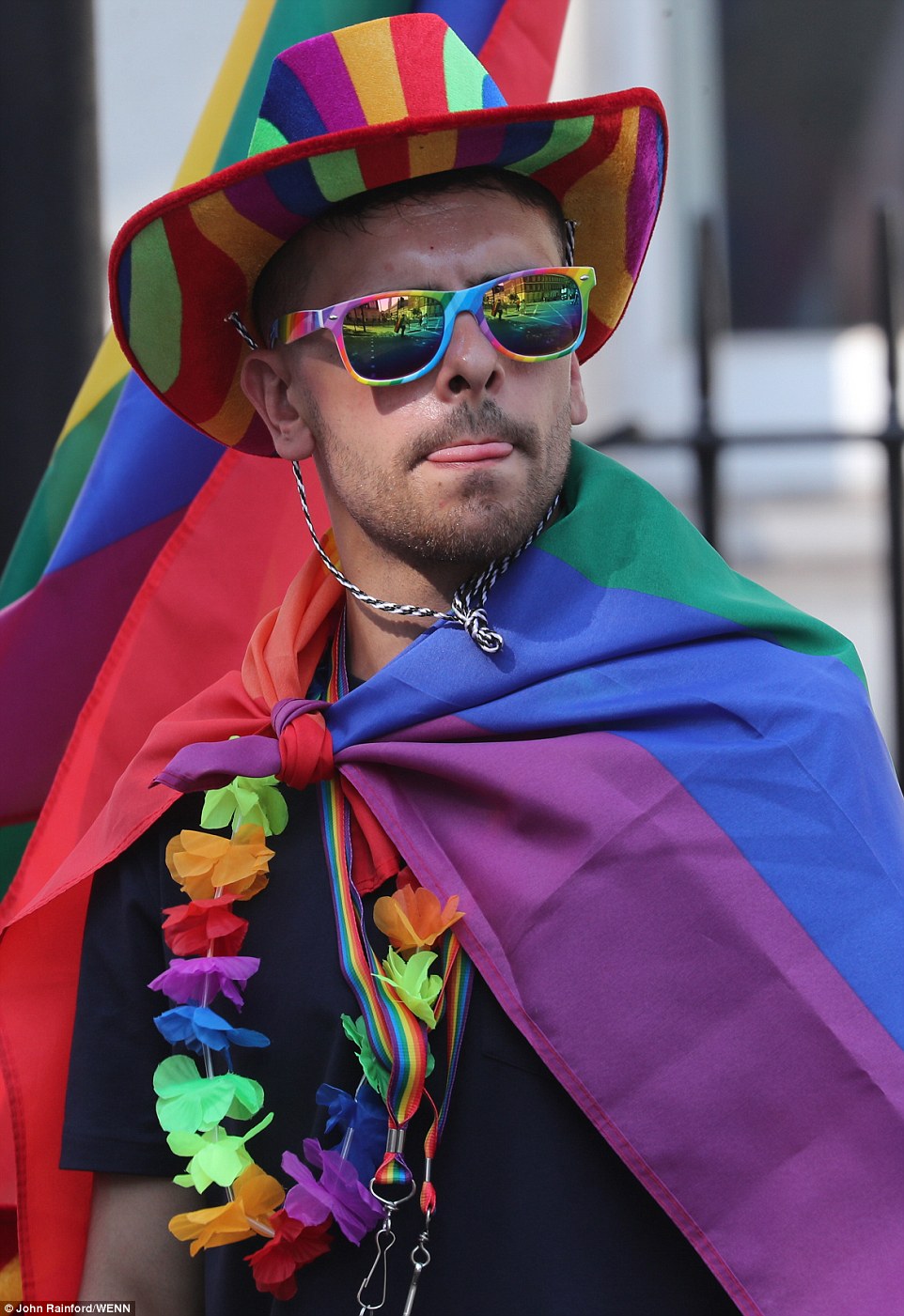 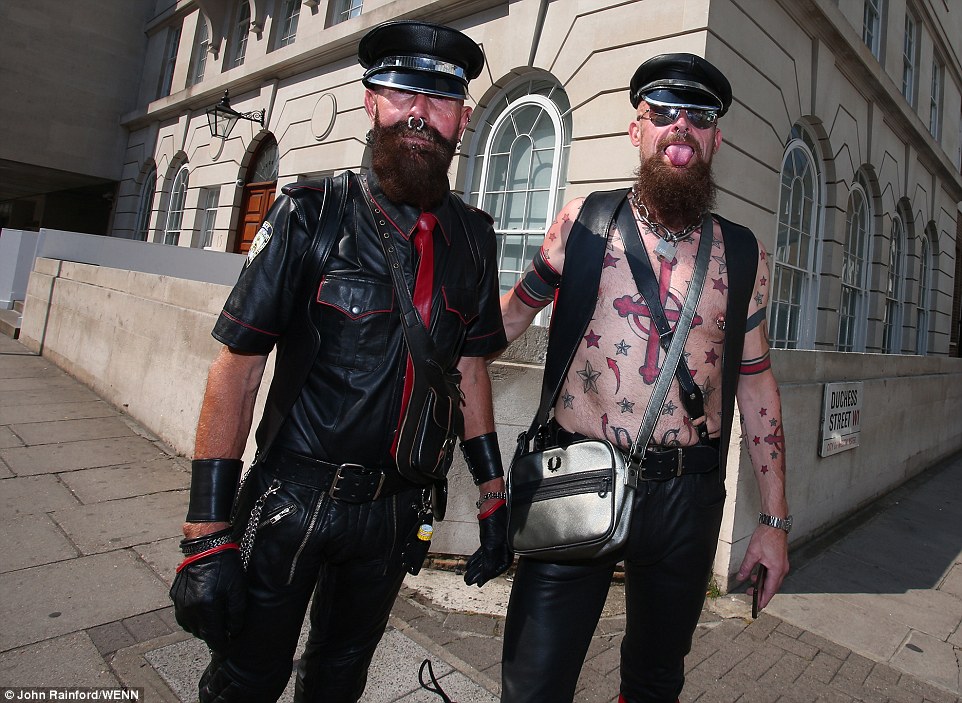 The party sees thousands of people of all genders, sexualities, race and faith come together every year for Pride in London 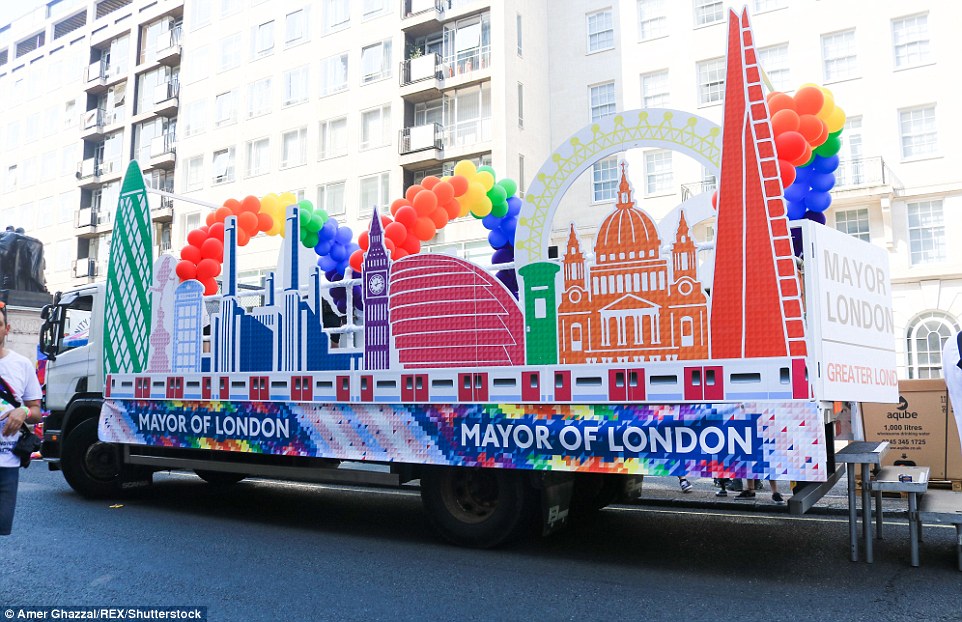 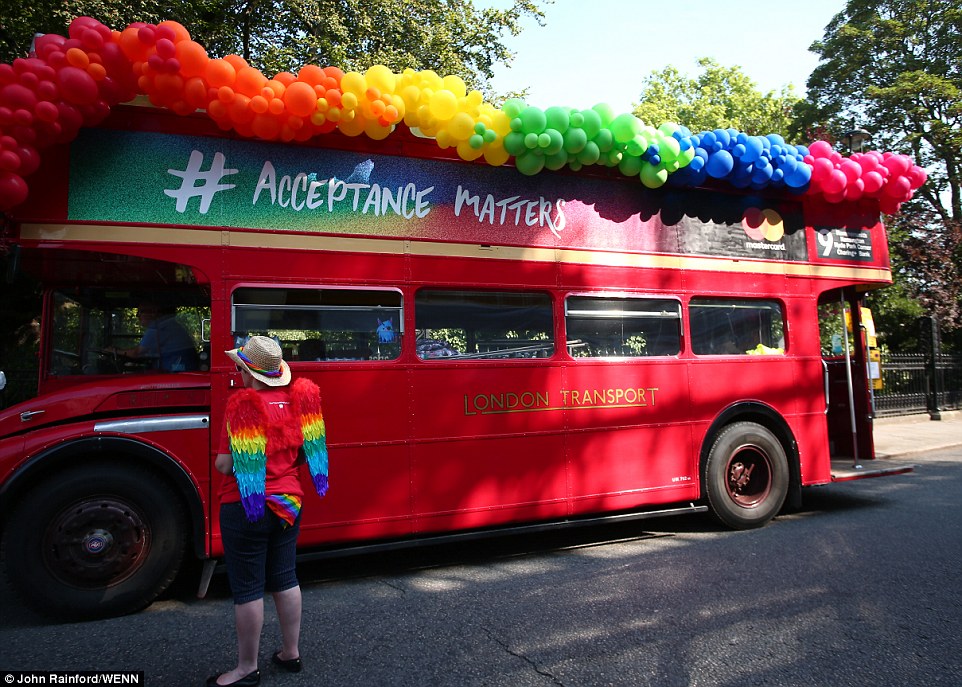 Vehicles, including this bus, have had a Pride-style makeover to celebrate and show support for the mammoth event 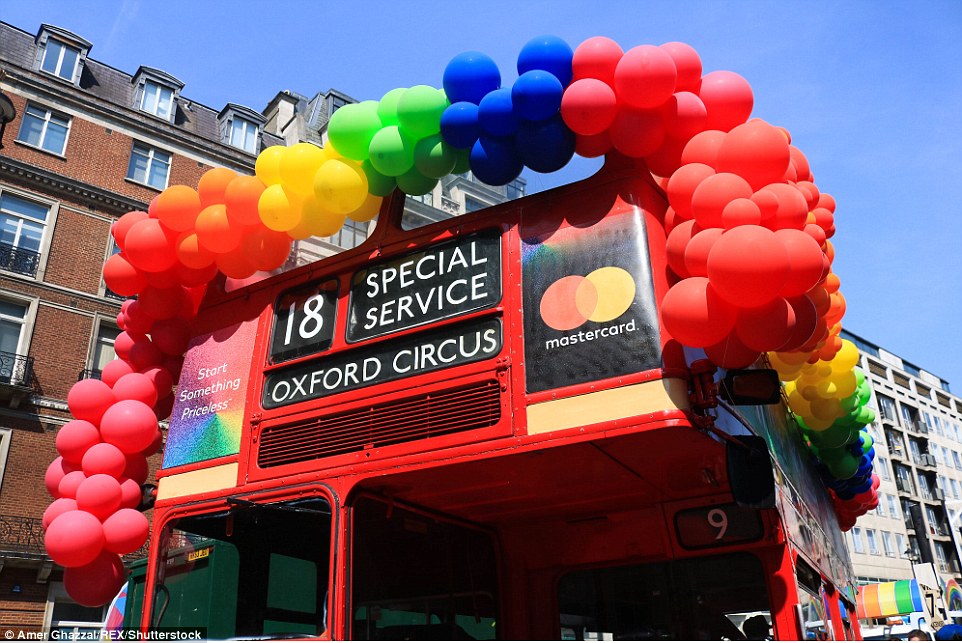 Front view: Nothing boring about this bus which is covered in bright, colourful balloons 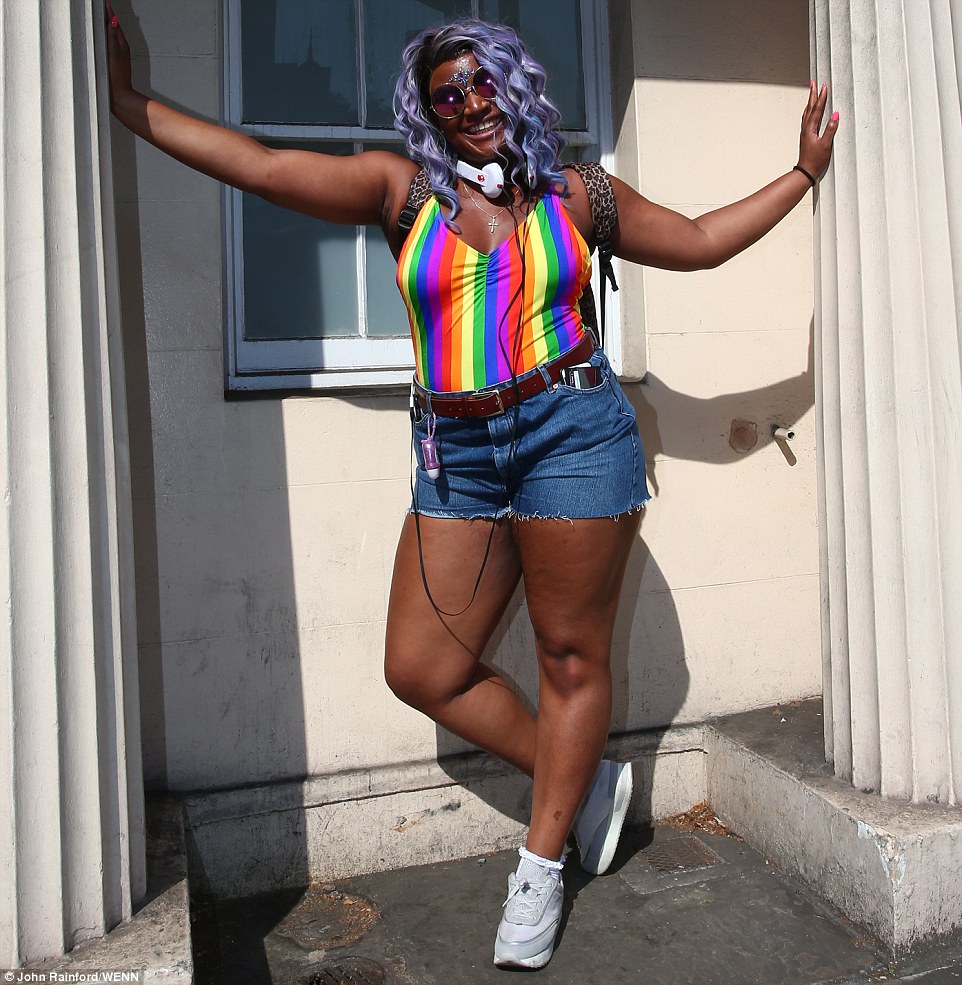 About to enjoy the atmosphere: The event’s organisers also hope that the many rainbows ‘work their magic and send good vibes over to Russia’ 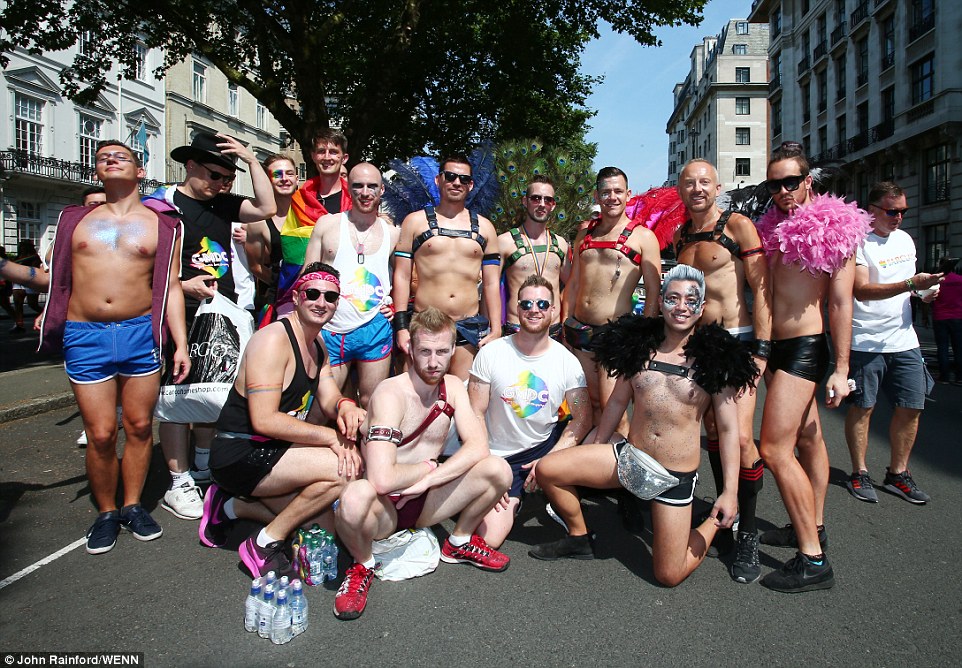 There are nearly 500 groups marching in this year’s Parade through the capital, including these participants above 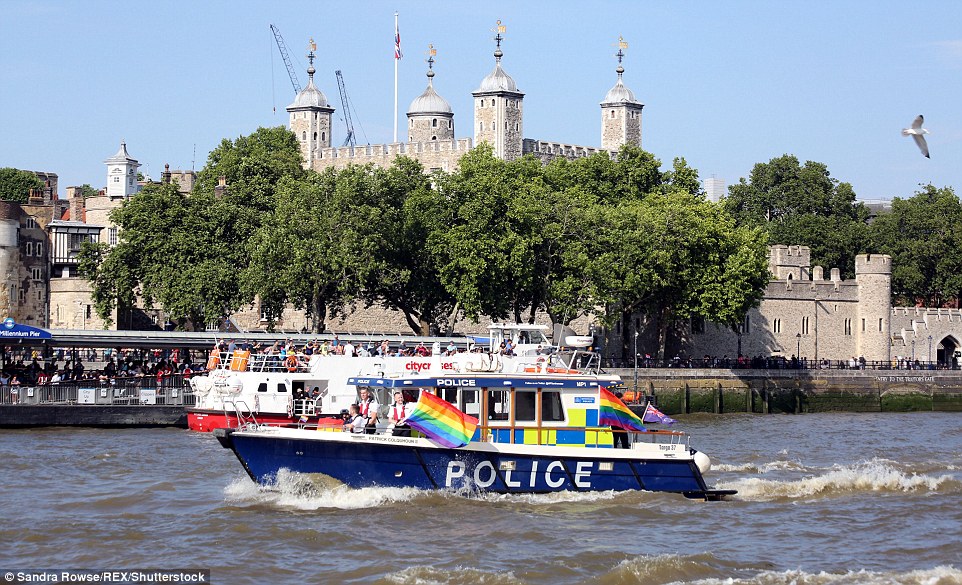 The Metropolitan Police said it was proud to be part of Pride, an event that is a spectacular celebration of diversity, inclusivity and the capital 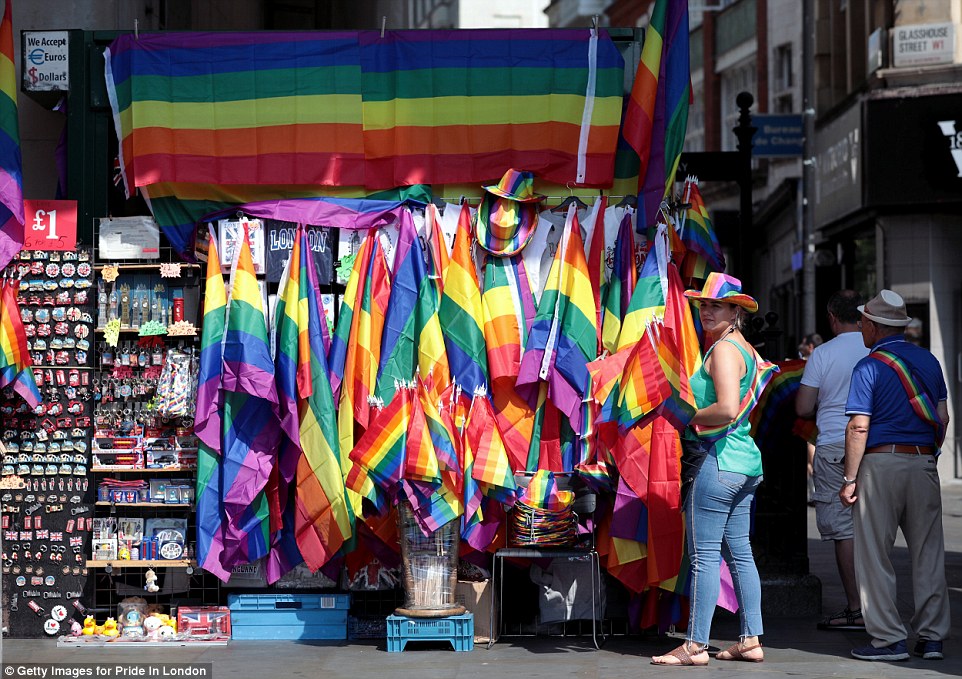 No flagging: A flag seller stall at Piccadilly Circus prepares for trade at the Pride In London on July 7