The second journalist Harry has chosen to interview him as part of his publicity round is Anderson Cooper for the US news show 60 Minutes.

That interview will be broadcast on CBS at 11am AEDT.

A clip of that interview showed Cooper asking Harry about why he’s being so public about his criticisms of his family.

Cooper has separately said that he asks Harry about the drama of his decision to quit the royal family, with wife Meghan and how the death of Diana has shaped his life to reach this point.

Harry’s criticisms of the UK media, especially its tabloid press are well-known and one of the main reasons he’s cited for moving from Britain.

That interview will be the first to be broadcast and gets underway in less than an hour’s time and ITV has released images and a snippet of that interview, including Bradby asking Harry the questions that have been on the lips of the British public, who are largely unimpressed with the duke’s decision to dump on his family. 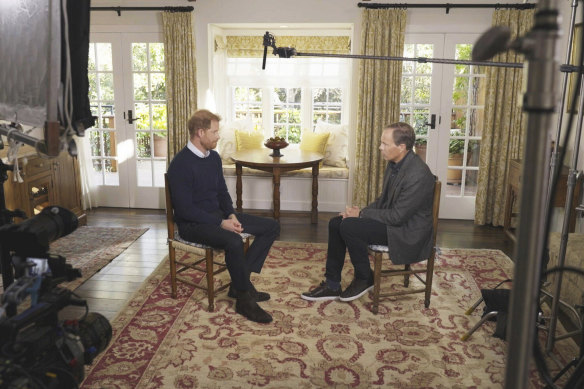 Britain’s Prince Harry, left, speaking during an interview with ITV’s Tom Bradby for the programme Harry: The Interview. Credit:AP

Hello and welcome to our rolling coverage of Prince Harry, the Duke of Sussex’s interviews with UK and US networks to promote his tell-all memoir Spare.

I’m Latika Bourke in London and will be keeping you updated with all the revelations from Harry’s interviews.

The publicity for this book has been hard to miss, thanks to the accidental release of the autobiography five days early in Spain. 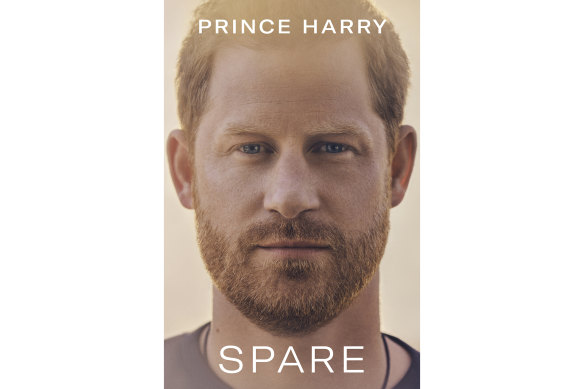 The book goes on sale at 11am on Tuesday AEDT and midnight in the UK. But the early release, albeit in Spanish, has given major news outlets plenty of time to acquire a copy and translate it.

That’s partly why so much of the book’s contents have already been published.

But over the next few hours we will see what was once a rare occurrence, a member of the royal family sitting down to extended interviews about palace life.

Harry is no stranger to the couch, having joined his wife, Meghan, Duchess of Sussex for their Oprah sit-down and a separate series about mental health.

While Harry’s given interviews before, he’s never given any like this, where he’ll be asked about the contents of his book in which he’s detailed a physical fight with his brother Prince William, the Prince of Wales and heir-to-the throne and revealed his views on Camilla, Queen consort.

Harry’s falling-out with his father and brother, stemming from the ongoing trauma from his mother’s death in 1997, has been a constant theme and we can expect to hear more about the hurt that’s shaped this spectacular decision to air the royal family’s dirty linen in public.