Lieutenant Colonel becomes one of most senior army officers to be jailed after he fraudulently claimed more than £44,000 to send his children to boarding school

A Lieutenant Colonel has become one of the most senior British Army officers to be jailed after fraudulently claiming more than £44,000 in allowances to send his children to a top boarding school.

Lt Col Adam Roberts ‘knew exactly what he was doing’ as he lied on Army allowance forms eight times so he could claim public funds he was not entitled to.

He received Continuity of Education Allowance (CEA) from the military to keep two of his three sons at Old Buckenham Hall, a boarding school in Ipswich, Suffolk, where fees are £25,000 a year.

It comes just months after Major General Nick Welch was jailed at Bulford Military Court for 21 months after he was convicted of fraud by falsely claiming more than £48,000 in allowance to pay for his children’s school fees.

The 57-year-old abused the Continuity of Education Allowance (CEA) to send two of his children to boarding schools in Dorset until he was reported by a ‘frustrated’ Colonel neighbour. 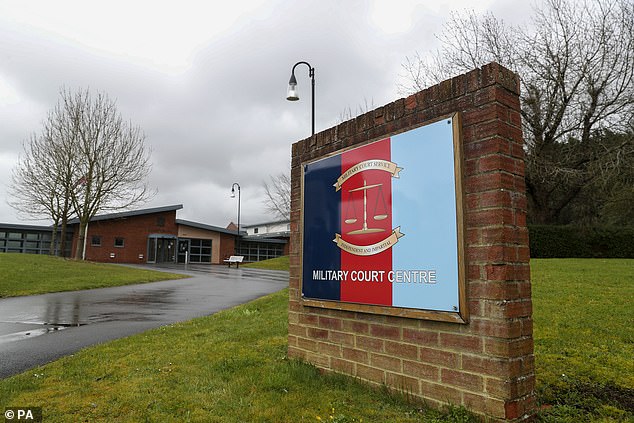 Lt Col Adam Roberts was jailed after fraudulently claiming more than £44,000 in allowances to send his children to a top boarding school. Pictured: Bulford Military Court in Wiltshire

Founded in 1862, Old Buckenham Hall is described as a ‘leading prep school’ and prides itself on sending pupils on to top public schools such as Rugby.

A court martial found Lt Col Roberts, who was commanding officer of the 105th Regiment Royal Artillery before the offences came to light, lied by claiming he was living with his wife.

However, the court heard while Lt Col Roberts was living in Sandhurst, Berkshire, and Paisley, Scotland, his wife was up to 420 miles away in Colchester, Essex, but he continued to claim CEA on the basis he was ‘serving accompanied’.

A board found him guilty of eight counts of fraud but acquitted him of two others.

At a sentencing hearing at Bulford Military Court, Wiltshire, Lt Col Roberts, who was a Major at the time he committed the frauds, was dismissed from the military and sent to prison for 20 months.

Judge Advocate Jane England told him: ‘You were staying in married quarters at Sandhurst and at this time your children were not boarding.

‘Your wife was spending most of her time at her mother’s in Colchester and you decided your eldest child should board. 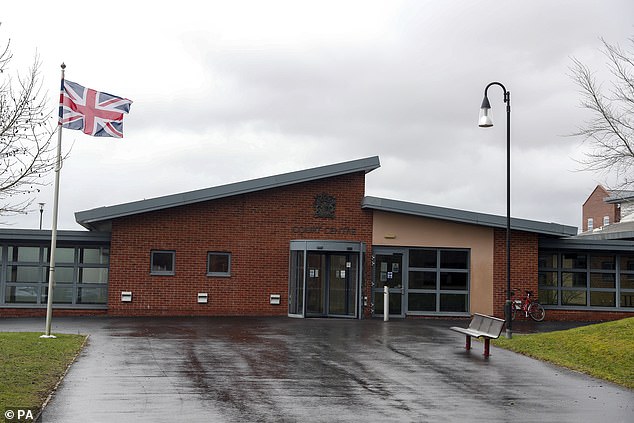 A court martial found that Lt Col Roberts lied by claiming he was living with his wife.

‘You were deployed to Glasgow at short notice and applied for CEA on the basis they would move there with you but they did not.

‘Frequent and late notice postings can have a considerable effect on service personnel and their families.

Major General who fraudulently claimed £48,000 to pay his children’s private school fees is jailed for 21 months 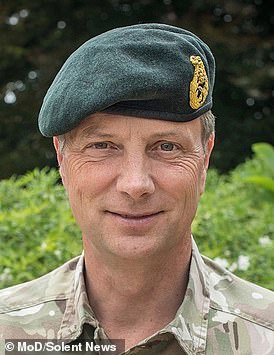 Major General Nick Welch was jailed at Bulford Military Court for 21 months after he was convicted of fraud by falsely claiming more than £48,000 in allowance to pay for his children’s school fees.

The 57-year-old abused the Continuity of Education Allowance (CEA) to send two of his children to boarding schools in Dorset until he was reported by a ‘frustrated’ Colonel neighbour.

Welch, who was Assistant Chief of the General Staff based at the Ministry of Defence’s headquarters in London, had claimed he couldn’t afford the school fees, even on his ‘lofty’ salary of £120,000-a-year.

Welch had claimed he and his wife Charlotte, 54, were living in Putney, south-west

But freelance consultant Mrs Welch in fact spent the majority of her time at the family’s £800,000 country home in Dorset.

‘Difficult choices have to be made. You are not the only service person to have to deal with this.

‘You had a choice to make and you chose not to raise your circumstances at any stage because you knew your CEA would be stopped.

‘You knew exactly what you were doing.’

The fraud began in March 2017 and ended in February 2018 but Commander Peter Barker, prosecuting, said the fraud only ended because he was caught.

He said: ‘The CEA system is based on trust and relies on information from [Lt Col Roberts].

‘It can operate like this because of the standards expected of military personnel. By making these claims fraudulently, Lt Col Roberts has abused that power, trust and responsibility he had.

‘This was over a sustained period of time. He made four separate sets of claims and submitted an eligibility certificate which described him as entitled for ongoing CEA.’

The 105th Regiment Royal Artillery has its headquarters in Edinburgh and is ‘a Close Support Light Gun Regiment based in various locations across Scotland and Northern Ireland’.

Cdr Barker said Lt Col Roberts was warned by a senior officer in Glasgow about CEA when his family situation changed, adding that the senior officer had told him to ‘make sure you’re tight’.

He added: ‘Dishonesty is not consistent with service in the Armed Forces because it is corrosive to unit cohesiveness and morale.’

The court heard he had served in Cyprus, Iraq and Afghanistan over a 21 year career in the Army

Fiona Edington, defending, said: ‘This officer was a good quality officer. That money was repaid in full after conviction.

‘In that discussion in Glasgow he didn’t discuss CEA in a meaningful sense…. [the senior officer] knew the family situation and they had a chat about it that was just a chat or a gossip I think.

‘He knew perfectly well about the family situation and thought Lt Col Roberts had it under control.

‘This young man, he stands to lose his job and a career that he has done honestly and truthfully for 21 years.

‘There are three young boys and a wife who stand to be impacted by this sentence also.’

Lt Col Roberts was dismissed from the military and sent to prison for 20 months.

Old Buckenham Hall is located in Brettenham Park, a grade II listed building in about 80 acres of parkland in the Suffolk village of Brettenham.