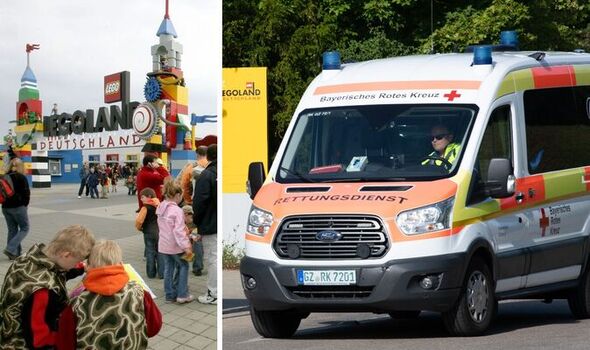 Two trains on one of the rides at the Guenzberg amusement park, in south Germany, collided after one braked heavily, according to German news agency DPA. Two of those hurt were airlifted to hospital after suffering serious injuries, with one of them reportedly in “mortal danger”. 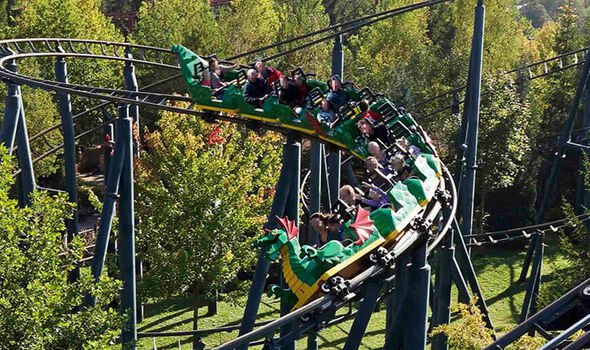 Three helicopters were reportedly deployed to the scene, along with emergency services and the park’s own rescue teams.

The Bavarian Red Cross told German tabloid Bild that sixteen of the victims of the horror smash had been taken to hospital in total.

It is not yet known why the first train stopped so suddenly.

A spokesperson for the park told DPA that the incident took place in the station of the Fire Dragon rollercoaster.

It is the second time in as many weeks that Germany has seen a rollercoaster accident.

Last week, a 57-year-old woman died after falling out of a ride at an amusement park in Klotten, in the south-west of the country. The cause for the accident has not yet been identified.

The Guenzberg Legoland theme park is the only of its kind in Germany, sitting around 100km to the west of Munich.

It is one of ten of the Danish company’s group of amusement parks worldwide, which also includes the UK’s Legoland Windsor.

Today’s crash comes just a month after a 14-year-old girl died in a horrific rollercoaster accident in Denmark.

Several people were left trapped 10 feet above the ground after the two rear seats of the ride broke away from the rest of the train and were left hanging.

One concerned witnessed recounted at the time: “A mother stood by the Cobra and looked up while she exclaimed several times ‘my children, my children’.”

In a statement, the Aarhus amusement park said: “It’s hard for us to put into words the tragic accident of today, where a girl lost her life and a boy was injured.

“Our heartfelt thoughts are with the girl and the girl’s relatives, family and friends. Our thoughts are also with the boy, our staff and the many visitors at the park earlier today.”