Lebanon’s army said it found the chemical near the entrance to Beirut port, the site of a powerful explosion last month. 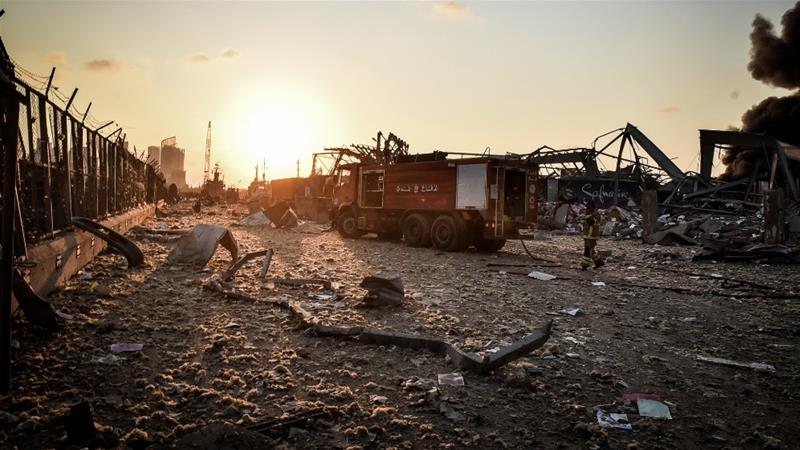 Lebanon’s army has found 4.35 tonnes of ammonium nitrate near the entrance to Beirut port, the site of a powerful explosion last month, caused by a large stockpile of the same highly explosive chemical, that killed 191 people.

The military said in a statement on Thursday that army experts were called in for an inspection and found the dangerous chemical in four containers stored near the port.

Army engineers were “dealing with it”, according to the statement that was carried by the state news agency NNA.

There were no details on the origin of the chemicals or their owner.

Entire neighbourhoods were devastated, nearly 300,000 people were left homeless as the blast caused damage worth billions of dollars.

Lebanon’s government quit amid public anger in a nation already brought to its knees by an economic crisis.

The public remains anxious that more hazardous materials are being stored badly, putting them at risk.

Days after the August 4 blast, French and Italian chemical experts working amid the remains of the port identified more than 20 containers carrying dangerous chemicals.

The army later said these containers were moved and stored safely in locations away from the port.

French experts, as well as the FBI, have taken part in the investigation into the explosion at the request of Lebanese authorities.

So far, authorities have detained 25 people over last month’s explosion, most of them port and customs officials.

Earlier this week, a UN agency warned that more than half of Lebanon’s population risk facing a food crisis in the aftermath of the explosion that compounded the country’s existing woes.

“More than half of the country’s population is at risk of failing to access their basic food needs by the year’s end,” the UN Economic and Social Commission for Western Asia (ESCWA) said.

Dashti said Lebanon’s government must prioritise the rebuilding of silos at the Beirut port, the country’s largest grain storage.