At least 11 hospitalized after explosion at Wisconsin refinery

A tank containing crude oil or asphalt exploded at a large refinery in Wisconsin on Thursday, injuring several people and prompting fire officials to order a large-scale evacuation.

At least 11 people are being treated for injuries at local hospitals, and so far no fatalities have been reported. The total amount of injured could be as high as 20 however, including walking wounded who were not taken to the hospital.

The explosion at the Husky Energy oil refinery happened at about 10am, Superior Fire Chief Steve Panger said, and it was put out a little more than an hour later. 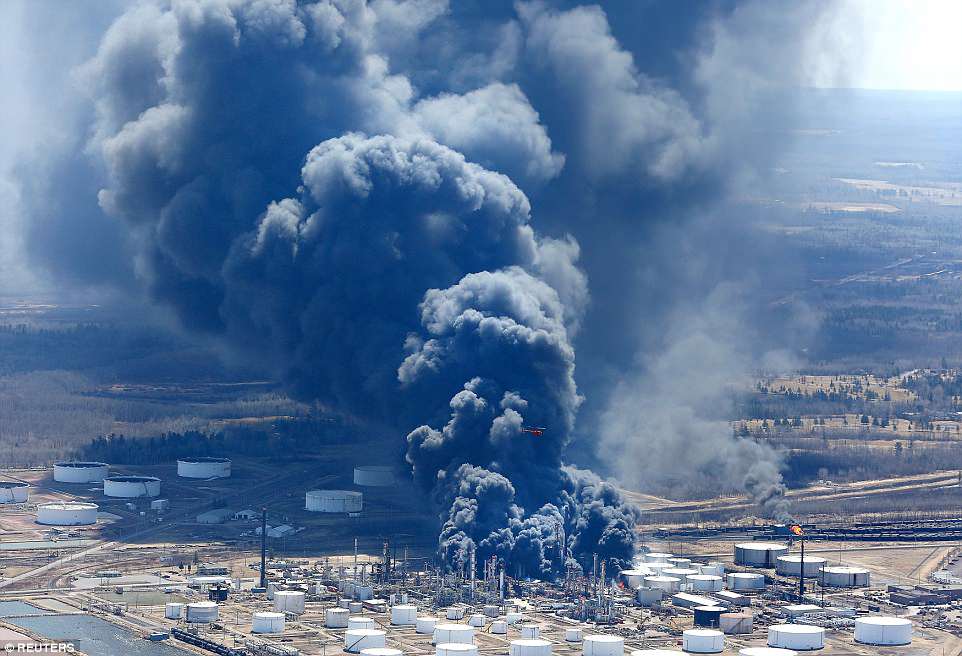 At least 11 people have been hospitalized after an explosion at a refinery in Superior, Wisconsin on Thursday 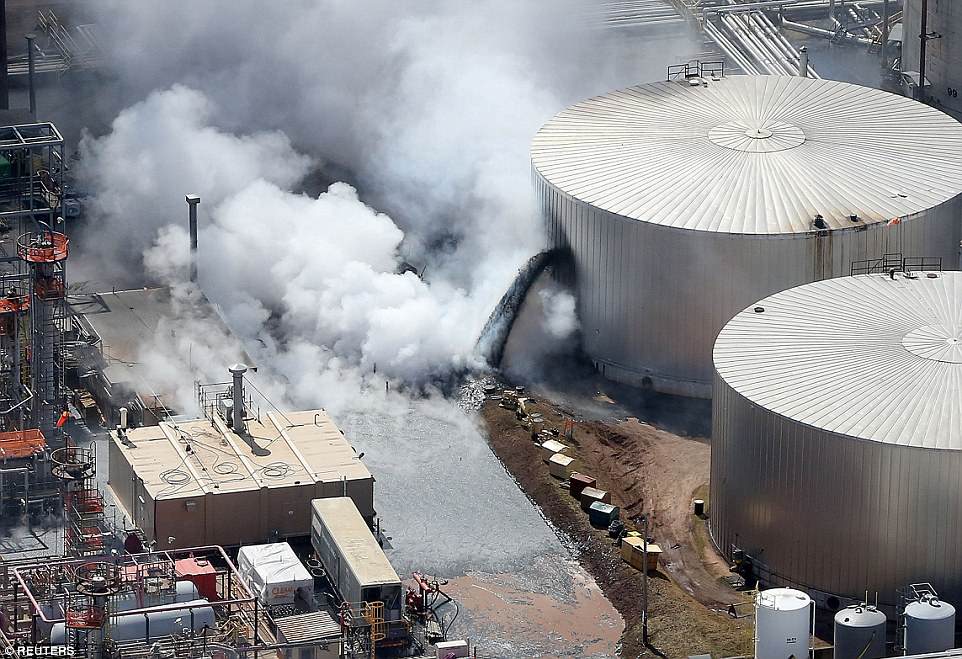 A container containing either oil or asphalt exploded around 10am Thursday morning, and the initial fire was put out a little more than an hour later. But the fire reignited around noon A large-scale evacuation has been ordered to an area 10 miles south, two miles north and three miles east and west of the facility 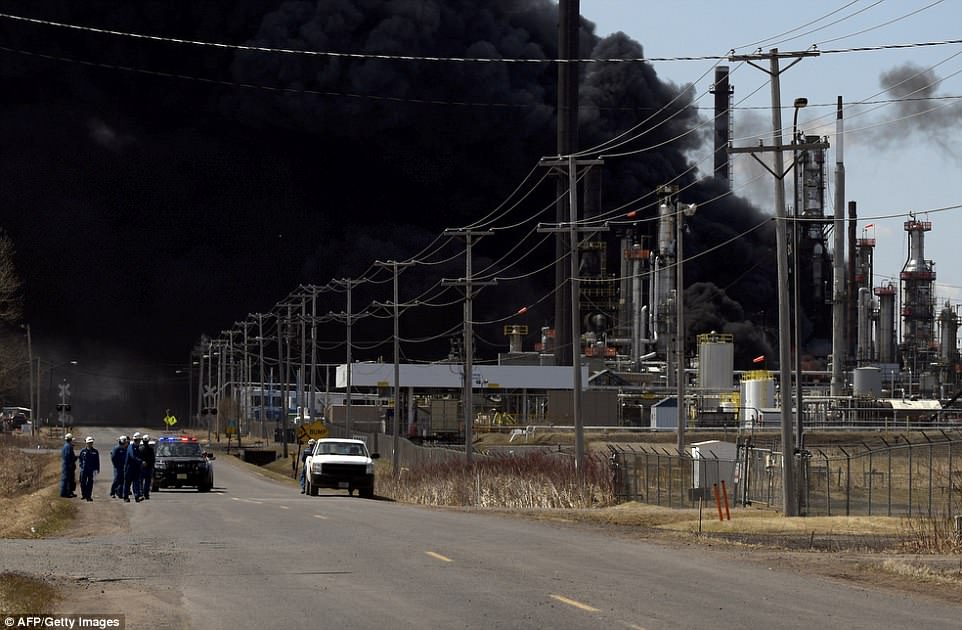 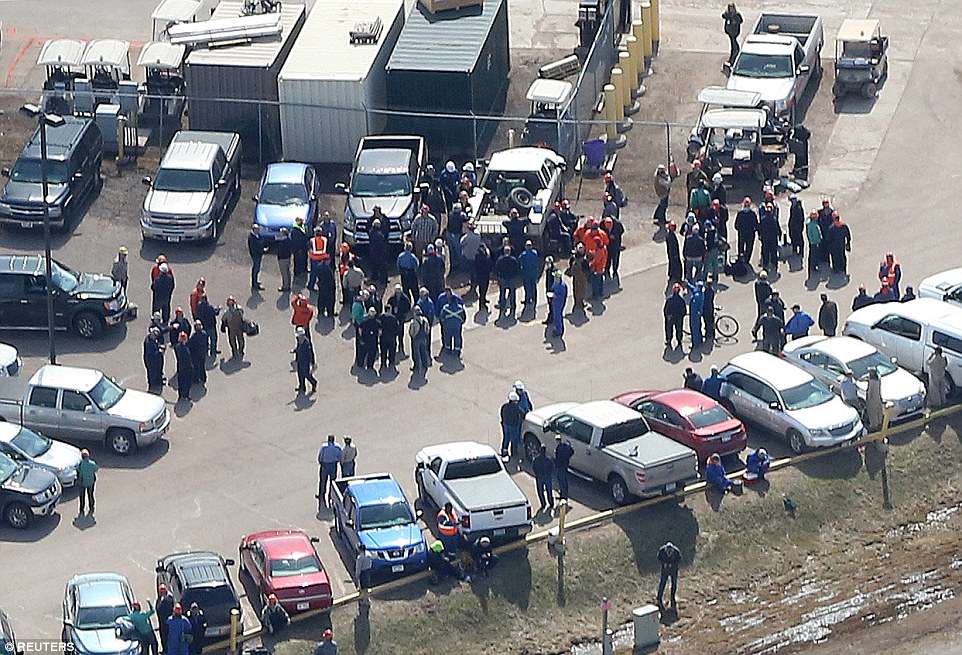 Husky Energy, which owns the refinery, said all employees are accounted for and they are monitoring the air quality