LONDON (Reuters) – Climate change and environmental destruction top the risks highlighted by world decision-makers in a survey ahead of the 2020 gathering of the global elite in the Swiss ski resort of Davos. 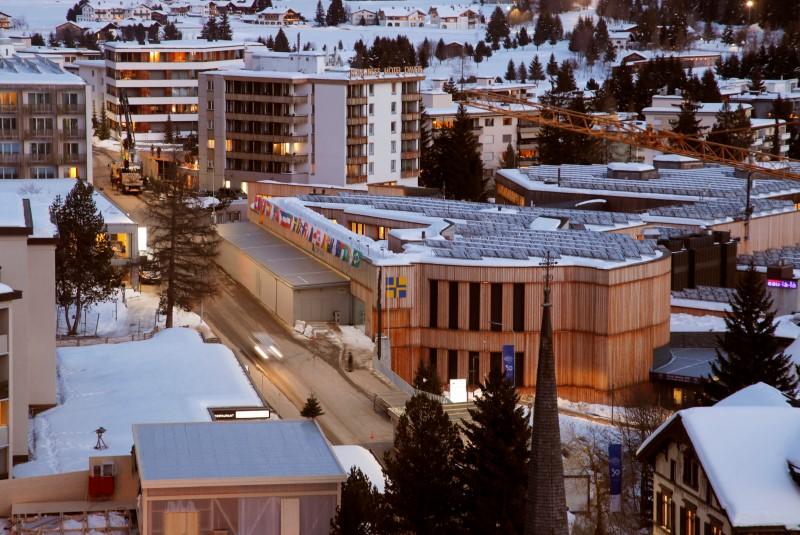 For the first time the annual risk report, compiled by the World Economic Forum (WEF), found the top five concerns were all environmental, from extreme weather to biodiversity loss and events like oil spills and radioactive contamination.

That came as trade wars and the rise of nationalist politics around the world were also cited by the panel of more than 750 experts and decision-makers surveyed as making it harder for countries to work together on solutions.

This year’s Davos takes place against the backdrop of some of Australia’s worst ever bushfires. While the government there has avoided making a link to climate change, the fires have added to public concern about the heating of the planet.

“What we are now seeing is the reality of what it means.”

This year’s Davos, which runs next week, has chosen sustainability as its main theme and comes as campaigners such as Greta Thunberg ramp up pressure on business and governments.

At the same time, leading economies are behind on pledges to cut carbon emissions made with the 2015 Paris Agreement and activists remain wary of empty promises, pointing to the huge subsidies and private funds still on offer for fossil fuels.

U.S. President Donald Trump is expected to attend, although some world leaders will skip this year’s Davos. British Prime Minister Boris Johnson has told his ministers to avoid an event seen by many as elitist.

In a bid to preempt criticism that its jetset guests are part of the problem, the WEF said this year’s Davos would use offsets to be fully carbon neutral, line up more electric vehicles and offer local food and non-meat protein options.

WEF founder and executive chairman Klaus Schwab also announced plans to launch a scheme using public and private funds to plant one trillion trees by the end of this decade.

Environmental concerns have been rising up the list of its perceived long-term risks, a marked change from a decade ago when the West’s biggest economies were thrown into recession by the financial crisis.

The biggest risk that year was seen as a fresh collapse in asset prices, while inequality was the top concern from 2012 to 2014. Immigration loomed large in the 2016 survey as hundreds of thousands of migrants arrived in Europe, fleeing war and poverty in the Middle East and Africa.

Aside from the environment, the 2020 survey highlights concerns about shortfalls in governance of the technology sector, struggling health sectors and doggedly high inequality.

In its methodology for the survey, the WEF said a “global risk” was defined as one that could cause major harm to several countries or industries within the next 10 years.

Two-thirds of the respondees were male, with a majority from Europe and North America and most aged between 40 and 59. For the first time, the survey included results from 200 under-30s around the world identified as future leaders in various fields.