A LARGE and destructive tornado touched down in Tupelo, Mississippi, on Sunday night as resident were warned to "take cover."

The Tupelo Mayor's Office announced that emergency crews are assessing damage as it urged locals to stay at home. 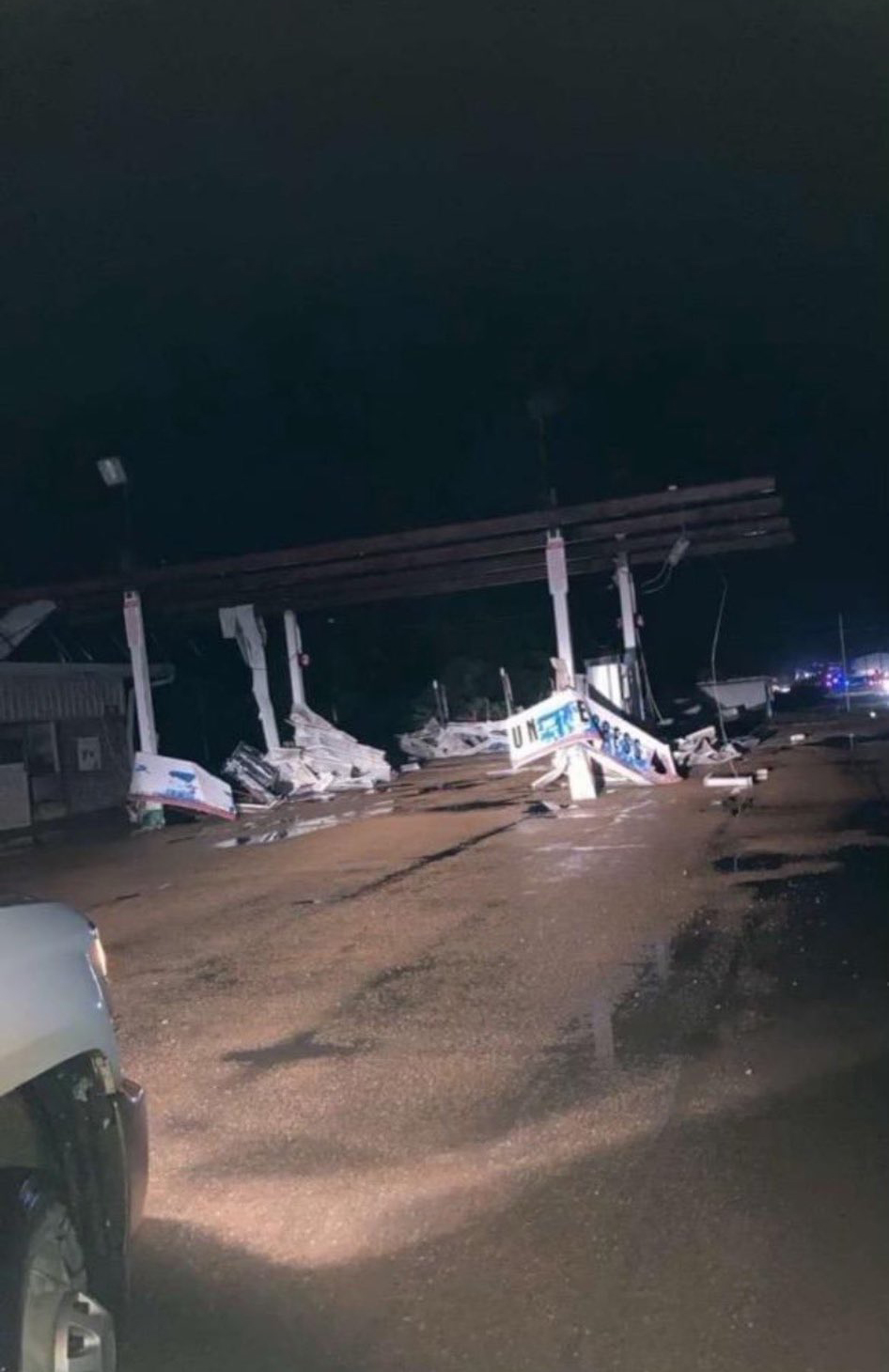 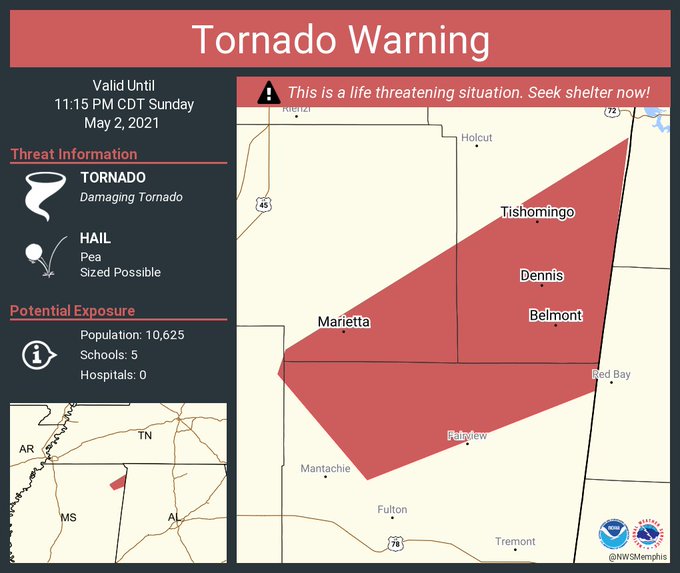 "Please do not get out and drive. It is dangerous — there are reports that power lines are down in the roads," the mayor's office said in a Facebook post.

"Prayers that all are safe, and please keep our crews and first responders in your prayers also."

Images posted to social media showed a gas station lying in ruins after the twister hit.

It is not known if anyone has been injured or if there are any casualties.

"This is a life-threatening situation! Take cover now!," the National Weather Service Memphis said in a tweet.

Earlier in the day, another tornado had touched down in Yazoo City as a round of storms sweeps through the Southeast.

"We do not have any injuries reported but have numerous damaged structures," Yazoo County Emergency Management Director Jack Willingham told CNN.

The area is expected to be hit by less severe storms