A landlord has been mocked for pretending a garage is a bedroom in a shocking rental listing.

The advertiser positioned a bed and small table with a pot plant on it in a concrete-floored garage in photos posted online.

They asked $225 a week for the room, which was pictured with a silver sedan parked less than a metre from the bed. 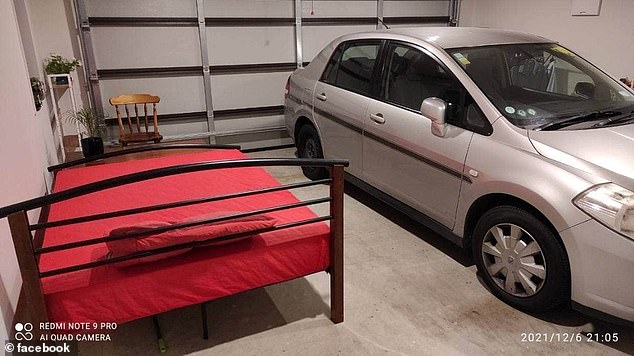 The listing appeared in a Facebook group pitched to tenants looking for rooms in West Auckland, New Zealand – where the price of rentals has risen sharply.

The listing was removed and replaced to obscure the fact it was a garage, not a bedroom. It was then deleted after the owner received abuse.

‘Most young Aucklanders, strangely, wouldn’t be particularly shocked, given the state of housing that many of us have lived in,’ Ms Swarbrick said.

‘Georgie’ of advocacy group Renters United said the listing was ‘an unfortunate reality’ of the housing market. 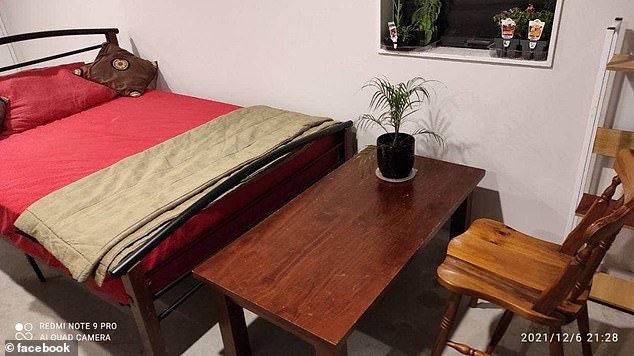 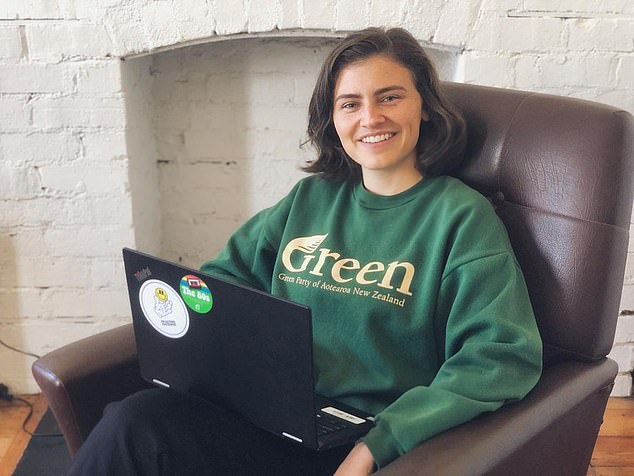 He said while the room would be unlikely to meet building code definitions of a room, some shared houses allowed such private arrangements.

There is a housing crisis in the city which has become worse during the pandemic.

The Auckland median house price have risen by more than $100,000 in under two years to $1.25million.

The median rental for Auckland is at a current record high $600 per week, but prices have fallen in some parts of the city.