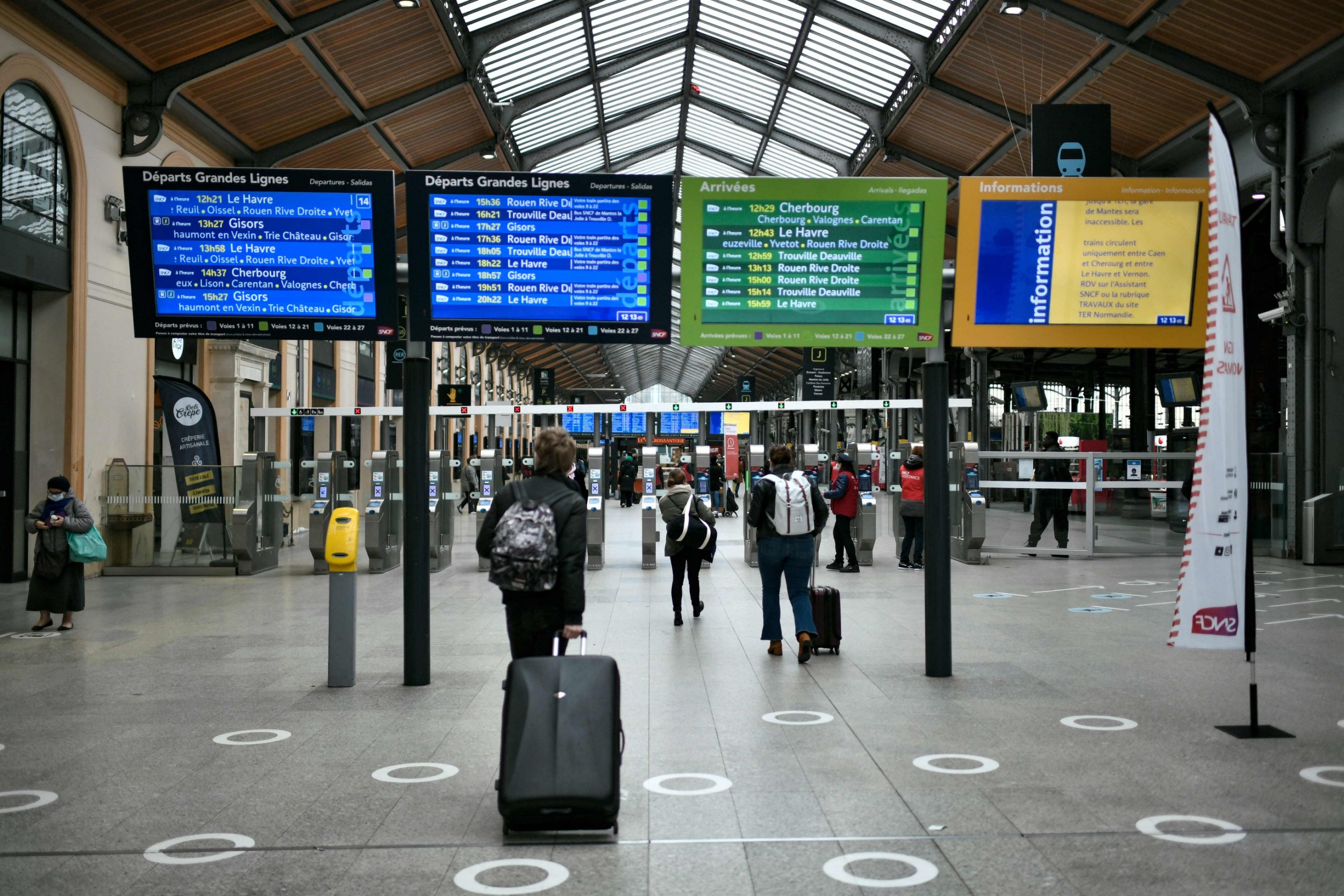 A knifeman has been shot by police after shouting ‘Allahu Akbar, France is ruled by Islamic State’ at a busy Paris train sation.

The situation at Saint-Lazare is said to have escalated after the man was stopped by officials for not wearing a mask and refused to comply yesterday evening.

He then took out a blade and charged towards them shouting pro-ISIS slogans before police shot him twice in the chest, according to reports.

The assailant has been taken to hospital and remains in a life-threatening condition.

In a statement, France’s state-owned railway company SNCF said: ‘The two agents used their service weapon to defend and neutralise him.

‘The injured individual was taken care of by the emergency services.’

Identity documents found on the man’s body show he was born in 1974 and had been known to police for previous threats and violence.

However, he was not previously known to intelligence services. Police have opened up an investigation for attempted homicide of someone in public office, violence with weapons and terrorism.

This is a breaking news story – more to follow.