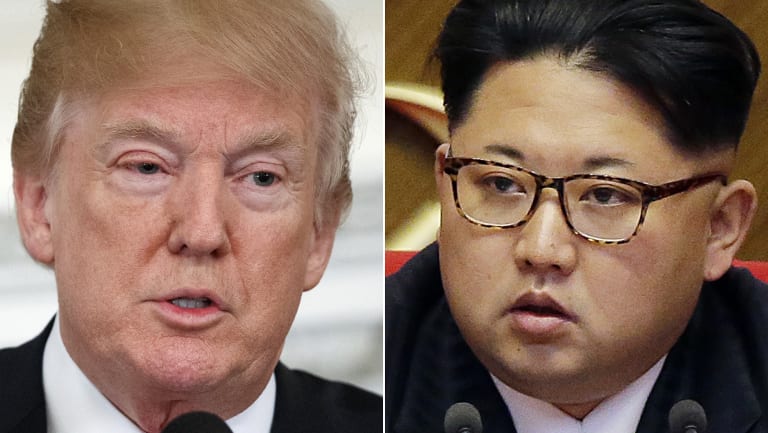 Washington: As North Korea's reclusive ruler, Kim Jong-un, prepares for a landmark meeting with President Donald Trump, he has seized the diplomatic high ground, making conciliatory gestures on nuclear testing and US troops that have buoyed hopes in South Korea and won praise from Trump himself, who called it "big progress".

But Kim's audacious moves are unsettling officials in the United States, Japan and China. Some suspect he is posturing in advance of the summit meeting, as well as a separate meeting this coming week with South Korea's president, and has no real intention of acceding to demands that he relinquish his nuclear weapons. 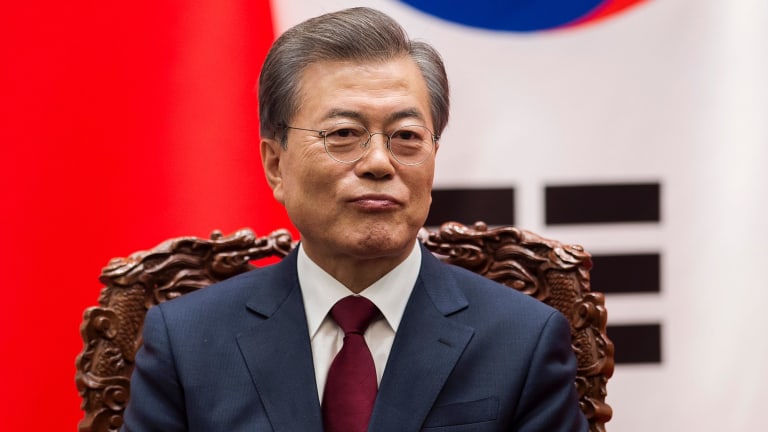 This past week, he endorsed Kim's effort to reach a peace accord with South Korea's president, Moon Jae-in, which would formally end the 68-year military conflict in Korea. Inside the White House, some worry that Kim will use promises of peace to peel South Korea away from the United States and blunt efforts to force him to give up his nuclear weapons.

"People don't realise the Korean War has not ended," Trump said with Prime Minister Shinzo Abe of Japan sitting next to him. "It's going on right now. And they are discussing an end to the war. So, subject to a deal, they would certainly have my blessing."

The view from Japan

Abe pointedly did not echo those sentiments. Japan is deeply skeptical of Kim's motives, and worried that its security concerns may not be taken into account in any agreement between either North and South Korea, or North Korea and the United States.

Japanese officials dismissed North Korea's announcement that it was suspending nuclear and missile tests as "not sufficient" because it did not clearly state whether it included the short- and midrange missiles that are capable of hitting Japanese territory. 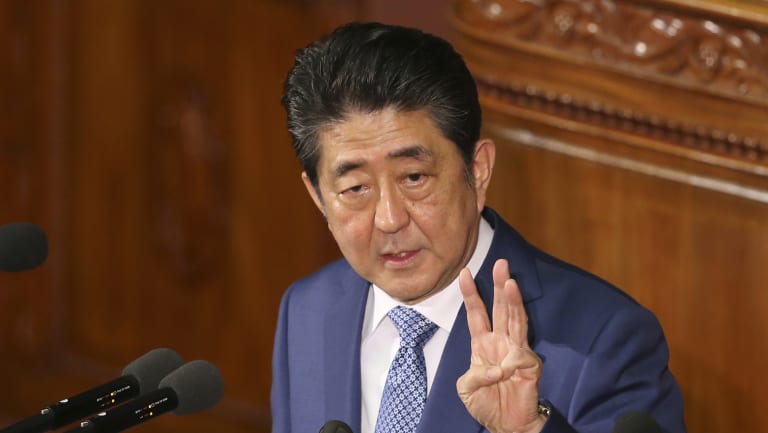 "Just because North Korea is responding to dialogue, there should be no reward," Abe said after spending two days with Trump at his Palm Beach estate in Florida, Mar-a-Lago. "Maximum pressure should be maintained, and actual implementation of concrete actions towards denuclearization will be demanded."

Even China, which is accustomed to controlling its relationship with North Korea without interference from other powers, is chafing at the speed of events, and the increasingly warm feelings between Pyongyang and Washington. Chinese officials fear they will be sidelined in negotiations and that Kim will pursue a deal with the United States that places the North closer to Washington than Beijing.

Much of the anxiety in Tokyo and Beijing stems from the unpredictability of the main players. Trump, who threatened in August to rain "fire and fury" on the North, is now talking about "good will" between Washington and Pyongyang. Kim has proved more adroit than many expected in orchestrating the diplomatic opening to South Korea and the United States.

"They're doing a great job of appearing reasonable, but picking apart the maximum pressure campaign, and positioning themselves to be accepted as a nuclear weapons state in the future," said Evan S. Medeiros, a former senior Asia adviser to President Barack Obama.

Adding to the uncertainty is the flux on Trump's national security team. Days after accepting Kim's invitation to meet, the president fired his secretary of state, Rex Tillerson, and his national security adviser, Lt. Gen. H.R. McMaster, was forced to step down.

Now, Trump has entrusted the diplomacy to Mike Pompeo, the CIA director, whom he nominated to replace Tillerson and who is embroiled in a difficult Senate confirmation process. Pompeo traveled secretly to Pyongyang over Easter weekend to meet Kim, bringing along only aides from the spy agency. 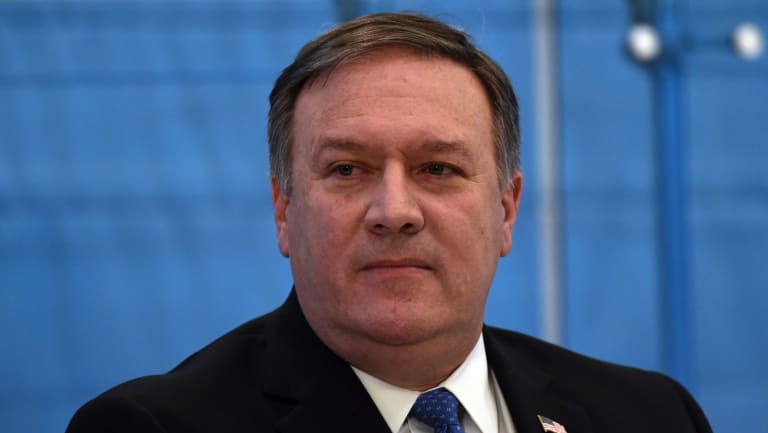 Pompeo raised the issue of the detained Americans, according to a senior official. But much of his one-day visit was devoted to logistical issues, like the venue and date for a meeting, which is expected in late May or early June. The lack of involvement by the White House or the State Department, another official said, has limited the amount of substantive preparation for the meeting with Kim.

McMaster's hawkish successor, John R. Bolton, is another wild card. Two weeks before he was recruited as national security adviser, he said a meeting between Trump and Kim was useful only because it would inevitably fail, and then the United States could move swiftly on to the next phase — presumably a military confrontation.

Since entering the White House, however, Bolton has stuck to a traditional definition of his job, brokering proposals to present to Trump, officials said. Even among officials who worry about war, there is sympathy for his view that "failing quickly" would be valuable. The United States, they said, should flush out Kim's intentions before he has another six months or a year to master intercontinental ballistic missiles.

Bolton's presence has also not stopped Trump from praising Kim and voicing optimism — even excitement — about their looming encounter. On Friday, he tweeted, "North Korea has agreed to suspend all Nuclear Tests and close up a major test site. This is very good news for North Korea and the World — big progress! Look forward to our Summit."

The administration viewed Kim's statement about halting nuclear tests as more intriguing than his acceptance of a continuing US troop presence because he made it to his own people. Still, they noted his unwillingness to rule out short- and medium-range missiles, which they said could divide Japan from the United States.

Officials also acknowledged the challenge of staying in sync with Moon, who is acting as a mediator between the United States and North Korea and who is deeply invested in ending years of estrangement between the North and South.

Moon contends that it would not be difficult to broker a "broad" agreement between Trump and Kim in which North Korea commits to giving up its arsenal and the United States makes security guarantees, including a peace treaty and normalized ties, and offers aid that Kim needs to rebuild his economy.

South Korea envisions a sequential process, starting with an agreement to freeze North Korea's nuclear program and ending with total denuclearization. The North, officials said, will insist that for each step it takes, the United States offer reciprocal incentives.

Such an approach is not new: The George W Bush administration tried it with Kim's father, Kim Jong Il, in 2005. But the process could be open-ended if North Korea and the United States, mistrustful of each other, haggle each step of the way, as they did then.

The key to success, South Korean officials said, is if North Korea and the United States can agree to narrow the time span between the initial freeze, which Moon has called "the entrance," and complete denuclearization, which he calls "the exit".

South Korean officials are banking on Kim's desperate desire to improve the economy and Trump's need for a diplomatic victory before the midterm elections in November.

Once they reach a broad deal, analysts said, Kim could move to dismantle production facilities for intercontinental ballistic missiles and allow access to nuclear sites in the North; the two leaders could exchange liaison offices in Pyongyang and Washington; and Trump could ease sanctions, especially those that affect ordinary North Koreans.

Like their US counterparts, South Korean officials do not believe Kim will swiftly relinquish his nuclear weapons. But there is a growing belief in Seoul that he might ultimately bargain them away, if it helps him rebuild the economy. That is why some in South Korea viewed his announcement on testing as a hopeful sign.

"It means that North Korea is willing to give up an ICBM capability that threatens the United States," said Cheong Seong-chang, a senior North Korea analyst at the Sejong Institute, a think tank in South Korea. "This is why it is good news for the Trump administration."