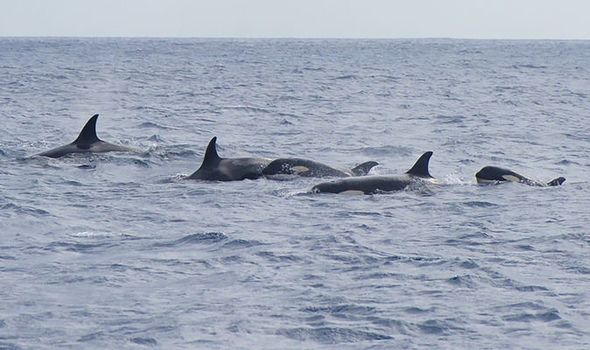 The probe has been ordered by the Ministry for the Ecological Transition and the Demographic Challenge (Miteco) following a series of “attacks and harassment” over the last 15 months. Scientists say the incidents, which now tally more than 60, only started to happen in the summer of 2020 and were totally unheard of before.

Dozens of boats have been chased and harassed by groups of killer whales although scientists believe that only a few specimens are those who carry out these actions.

“In all the analysed cases of interactions that have occurred since July 2020, no aggressive attitude has been observed by cetaceans towards humans,” says the Ministry.

However, 15 percent of the episodes have had material consequences on the boats.

“The interactions of juvenile killer whales with boats of various kinds, to satisfy their curiosity, are common in the waters of the Strait of Gibraltar and the southern coast of Portugal, in recent years.

On the other hand, the interactions with sailboats are considered unprecedented due to the physical contact of the specimens with the structure of the boats,” says the Ministry.

In September 2020, the General Directorate of the Merchant Marine prohibited the navigation of sailboats of a length less than or equal to 15 metres in the area between Ferrol and Cedeira, from the coastline to 11 nautical miles.

After one of the first attacks last year, a crew member said: “Our crew had just set off from A Coruña and were a couple of miles offshore when the crew suddenly felt the wheel being ripped out of their hands.”

The yacht was later taken under tow, but the impacts from the orcas continued, snapping the tow rope. When the yacht was lifted ashore there were clear bite marks on the hull and the rudder was split in two.

And after another incident, one of the crews of a yacht said: “I was quite aware of the orca interactions beforehand but I thought we kind of got through the worst area of it by the time we had ours.”

“There are two little pots of shallow water around Cadiz heading towards Tarifa. I was on my watch and the boat was on autopilot.

“I turned around to see the steering of the boat flying left, right, left, right, crashing on its binnacle. I turned the pilot to manual, and then either side of me there were orcas everywhere.”

He estimated there were around a dozen or more whales around their yacht, ranging from small juveniles to full-size adults.

“I think we were hit on the rudder 100 or 200 times. It was consistent. They were around for a solid hour. We put sails down as per the guidance, and eventually they did go away,” he said.

“But they were gone for 20 minutes, then they came back. We could see them breaking the surface in the distance and making a beeline straight for the rudder. They were very focussed in their task.”

On September 28th, a 14-metre long British-flagged sailboat sailing off A Guarda (Galicia) was attacked by killer whales, rendering its rudder useless and thus adrift.

She had to be rescued by a salvage boat, which brought the yacht to port.

It is just one of many similar cases that have occurred in Galicia and Gibraltar since last year.

“Given that these events occur with increasing frequency, since the beginning of the 2021 summer season in the area of the Strait of Gibraltar and the Gulf of Cádiz, it has also been necessary to temporarily restrict navigation measures in this area,” the Ministry said in a statement.

“Therefore, and with the aim of improving the conservation of the species always guaranteeing the safety of people, it is necessary to analyse the possible causes that are modifying the behaviour of the killer whales and design and prioritize measures to minimize these episodes.”

Several experts believe the killer whales are simply “playing” with the boats whilst others suggest they are “taking revenge” for having been injured by harpoons from boats of this type in the past.

However, scientists are generally puzzled by this situation, for which there is no precedent.