The Hollywood actor, 59, was filmed at the wheel of his car speaking to cops in Washington DC. 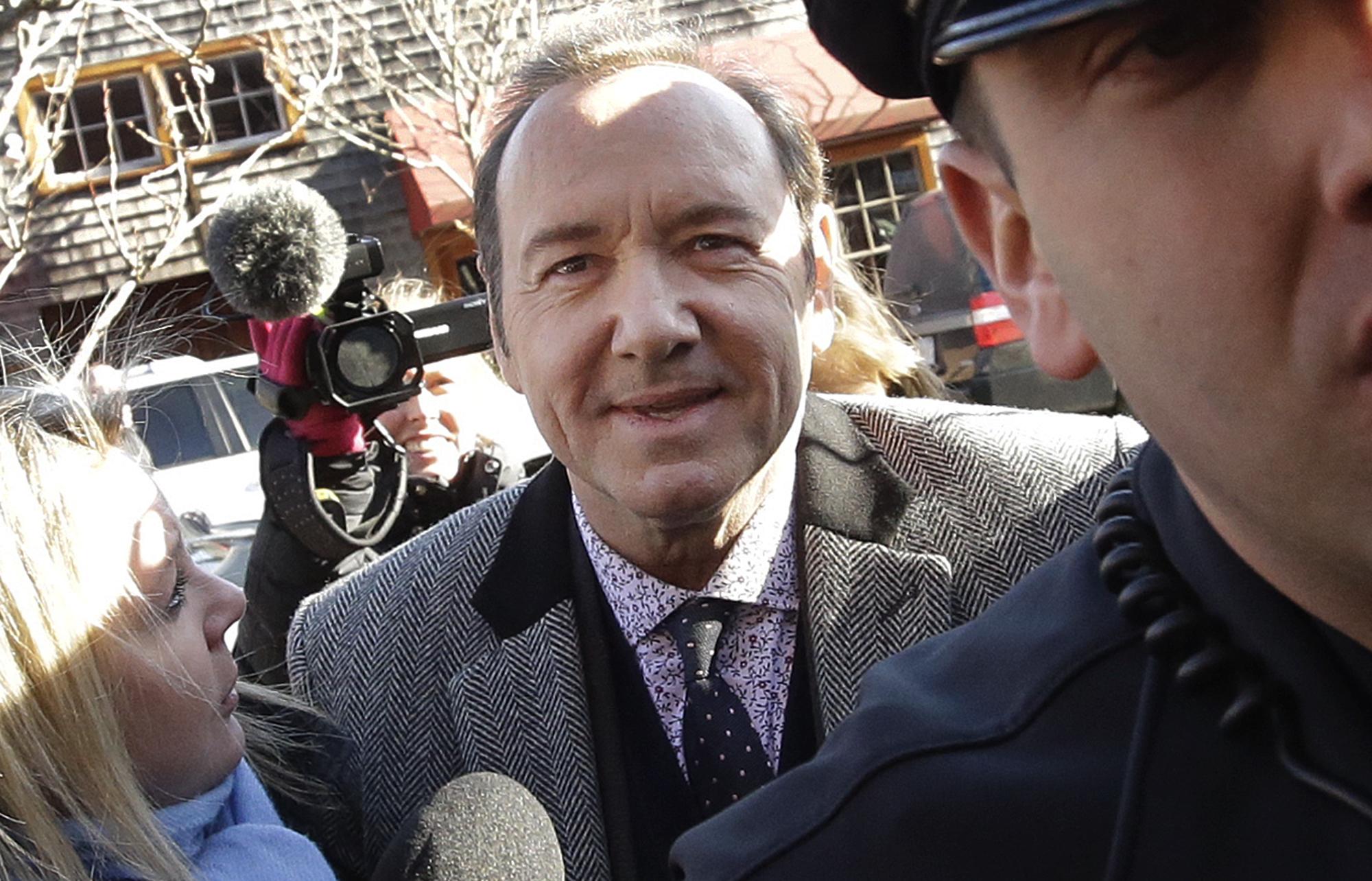 He had just landed in the US capital hours after appearing at Nantucket District Court, Massachusetts.

Spacey did not enter a plea when he answered a charge of felony indecent assault and battery.

The highway footage, obtained by showbiz news site TMZ, shows an officer asking the former House Of Cards star for his license and registration.

Seated beside Spacey is his attorney, according to the site. 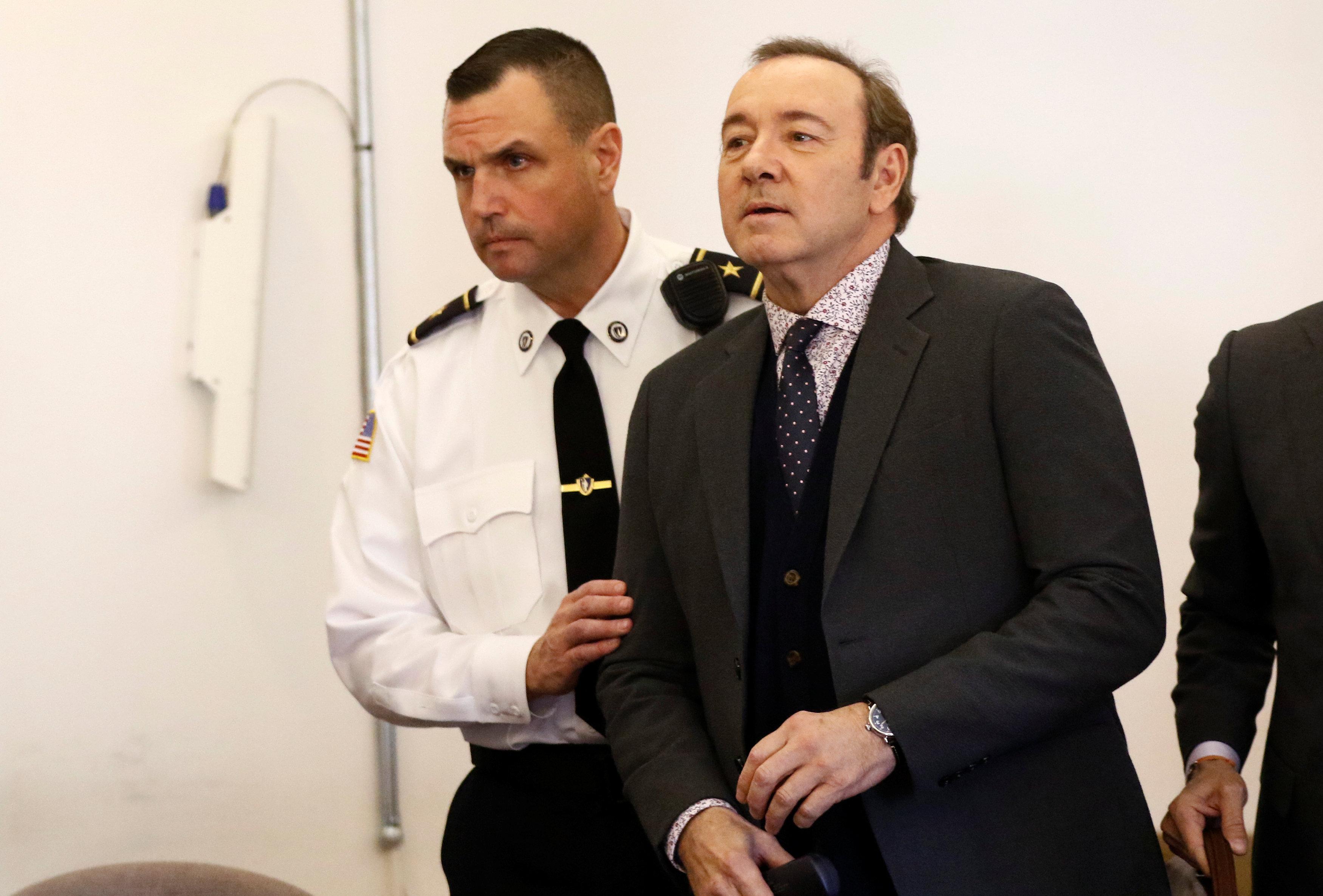 Its sources said he was let off with a verbal warning and was not given a ticket.

Earlier, Spacey smiled for the cameras as he appeared in court charged with groping a teenager in a bar.

The Oscar-winner was banned from contacting the 18-year-old waiter he is accused of molesting on millionaires' playground Nantucket Island in 2016.

He stood silently in the courtroom wearing a paisley shirt, spotted blue tie and grey suit as the clerk read out the charges, and left without comment after the brief hearing. 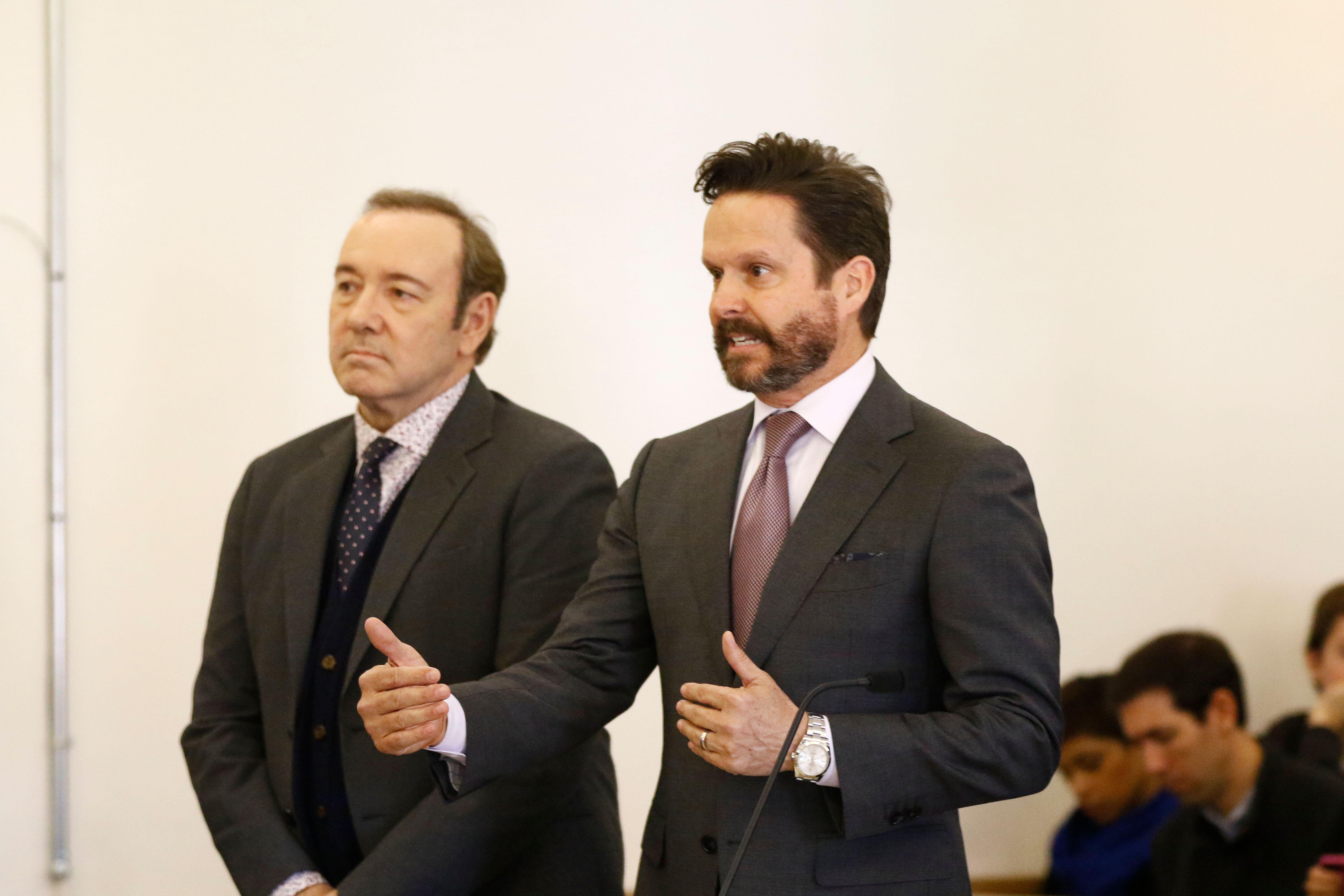 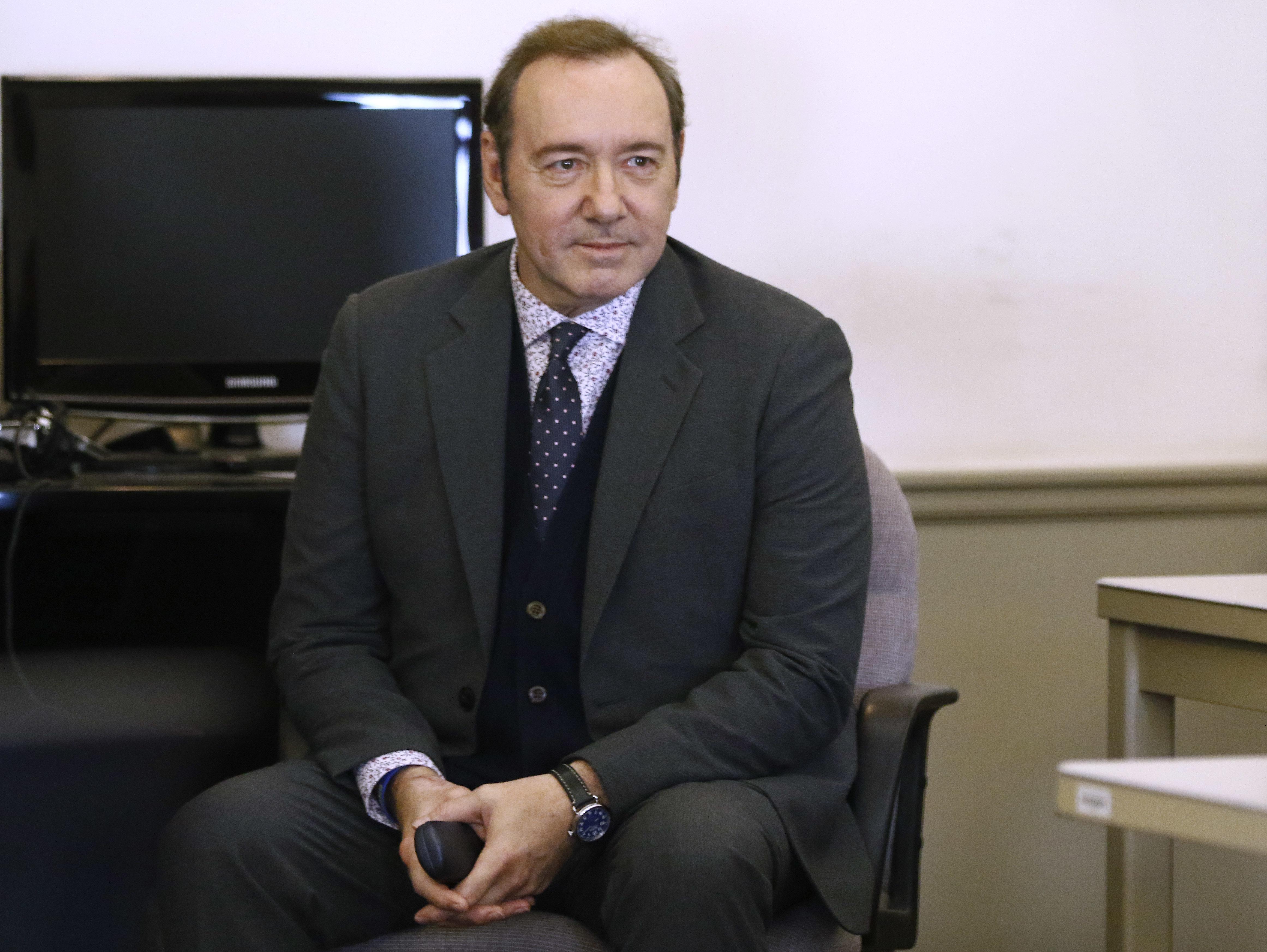 Spacey was ordered to stay away from the alleged victim – the son of a TV newsreader – and his family pending another hearing at the same court in March.

He was forced to appear in person today after a judge denied his bid to dodge the hearing.

Spacey claimed his presence would "amplify the negative publicity already generated" by the case.

His lawyers have previously said he would contest the allegation, which carries a maximum jail term of five years.

It is the first criminal case brought against the double Oscar-winner since a string of other allegations of sexual misconduct surfaced in 2017. 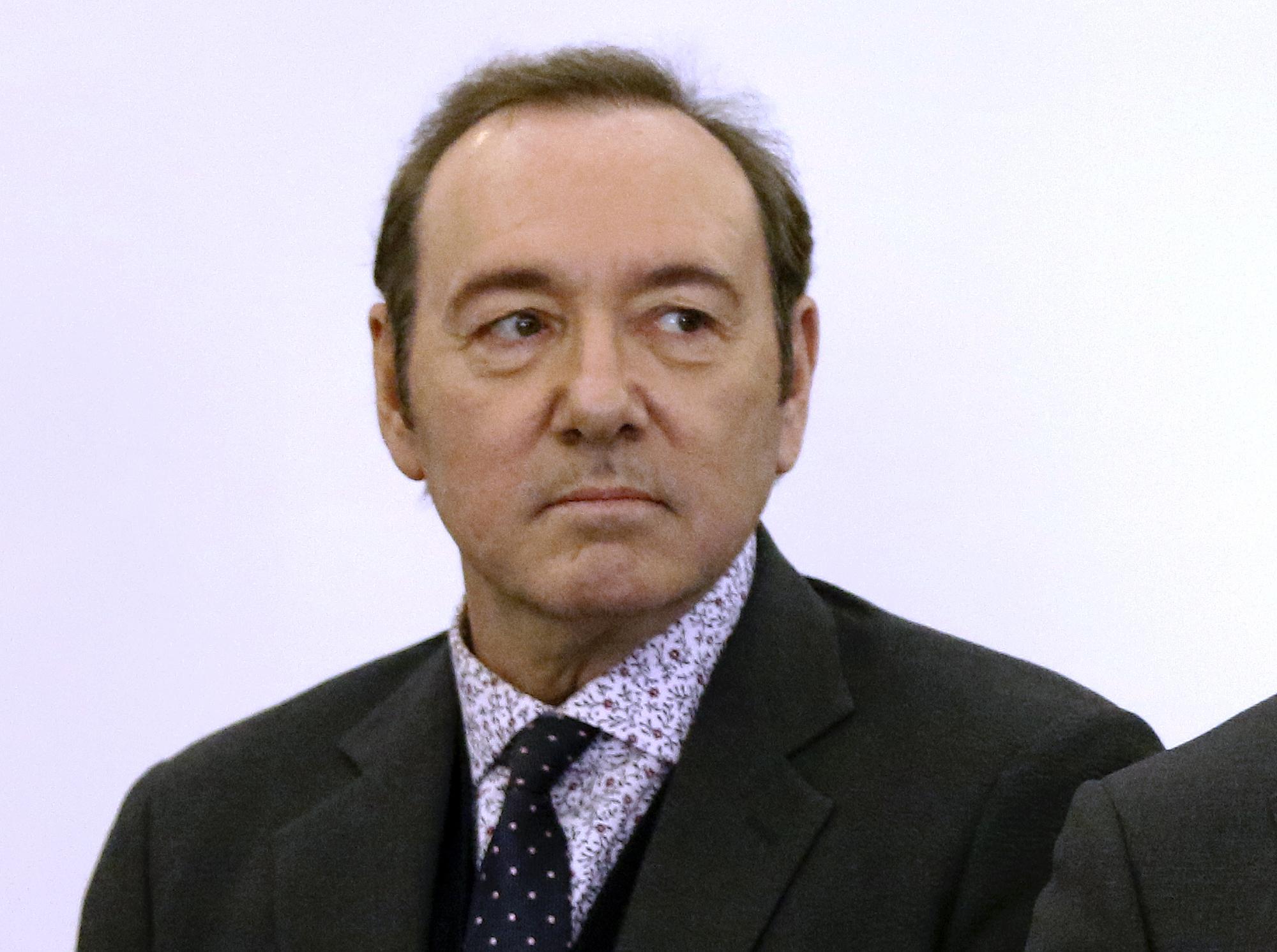 The Nantucket allegation arose in November that year when former Boston TV anchor Heather Unruh accused Spacey of sexually assaulting her son, then 18, in the crowded bar at the Club Car on the island where he worked clearing tables.

She alleged that Spacey got her son drunk and then grabbed his genitals.

She said her son fled the restaurant when Spacey went to the bathroom and another customer went to check if he was OK.

The teenager told police he sent his girlfriend a video of the incident.

The actor's attorney Alan Jackson has sought to poke holes in the case, noting that the teenager did not report the assault until after the publicity surrounding other allegations. 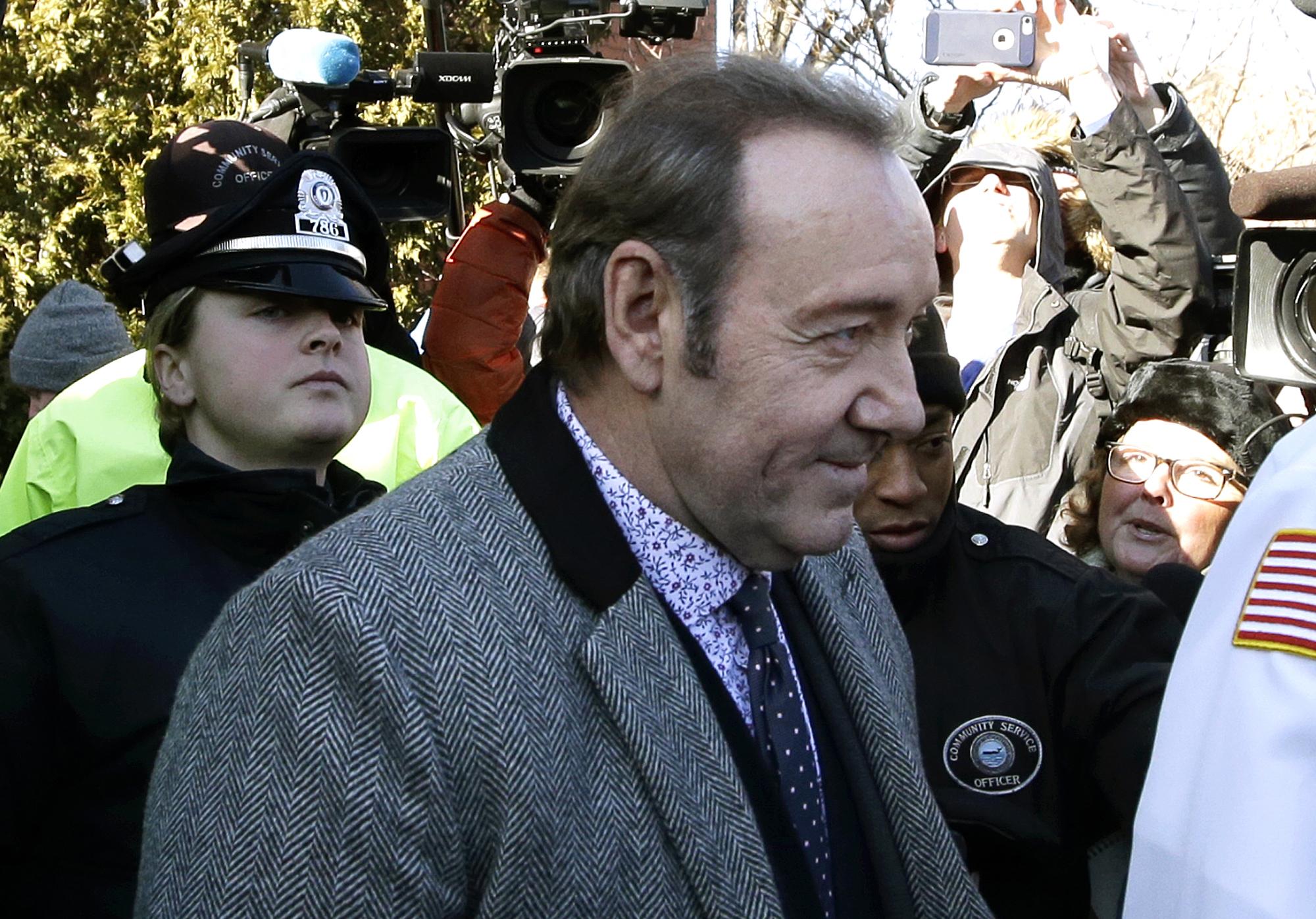 Today Mr Jackson claimed the teen's mobile phone data from the six months after the alleged attack was "likely exculpatory" and must be preserved.

Before the hearing a lawyer for the teenager said the alleged victim was "leading by example".

He said: "By reporting the sexual assault, my client is a determined and encouraging voice for those victims not yet ready to report being sexually assaulted."

Spacey – who was ditched from Netflix drama House Of Cards in the wake of the allegations – released a bizarre video in voice of his axed character Frank Underwood after the charge was announced last month.

He said: "I'm certainly not going to pay the price for the thing I didn't do.

Spacey has also faced other complaints including by around 20 people he worked with while artistic director at London's Old Vic theatre from 2004 to 2015.

He is currently the subject of six Scotland Yard sexual assault investigations into alleged attacks in London and Gloucester.

His first public accuser, US actor Anthony Rapp, said Spacey climbed on top of him on a bed when he was 14 and Spacey was 26.

Spacey said he did not remember such an encounter but apologised if he had behaved inappropriately.