Washington: The US Congress remains paralaysed after a mutiny waged by right-wing Republicans continued to block the election of a Speaker, preventing hundreds of new members from being sworn in and stopping all parties from doing any legislative work.

Weeks after voters gave Republicans narrow control of the House of Representatives at the US midterm elections, members began their second day of the new Congress locked in a bitter stand-off over who should get the chamber’s top job, with many still refusing to back Kevin McCarthy even after hours of negotiations. 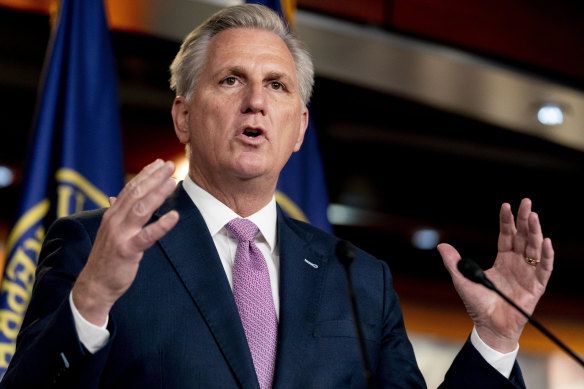 McCarthy – who has been wanting the Speaker’s gavel for years – made history on Monday (US time) by becoming the first person in a century who was unable to clinch the job after three rounds of voting. Some of his detractors coalesced around Ohio Republican Jim Jordan, who said he did not want the job.

And by Tuesday, when the fourth ballot began, he once again failed to secure enough votes after his detractors endorsed a new alternative: Republican Congressman Byron Donalds from Florida.

The stalemate continued despite former president Trump weighing into the issue, using his Truth Social online platform to urge House Republicans to vote for McCarthy, “close the deal” and “take the victory.” 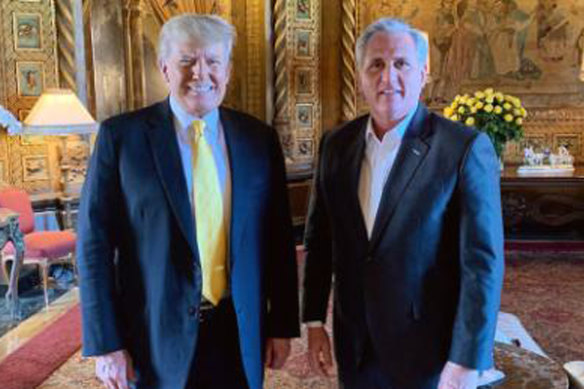 “REPUBLICANS, DO NOT TURN A GREAT TRIUMPH INTO A GIANT & EMBARRASSING DEFEAT. IT’S TIME TO CELEBRATE, YOU DESERVE IT.” Trump wrote. “Kevin McCarthy will do a good job, and maybe even a GREAT JOB – JUST WATCH!”

However, the intervention did not appear to hold much sway among the rebels, with far-right Congressman Matt Gaetz describing the former president’s position as “sad”, while chairman of the ultraconservative Freedom Caucus Scott Perry tweeted that he remained opposed to “the status quo” and “won’t back down”.

US President Joe Biden, meanwhile, described the leadership struggle as “not a good look”, telling reporters at the White House: “This is the United States of America, and I hope they get their act together.”

The drama over the Speaker’s job underscores what was already going to be a difficult two years in Washington after the midterm elections ushered in a new era of divided government whereby the Democrats were able to hold on to the Senate while Republicans won narrow control of the House.

Before any member of the new Congress can be sworn in, and before any government business can take place, a Speaker must be picked to replace Democrat stalwart Nancy Pelosi. This means that House committees can’t be established, investigations can’t be launched, and Republicans can’t use their majority to hold the Biden administration to account as they promised voters at the election.

Under House rules, members must continue to take successive votes until someone reaches the 218-vote threshold needed.

Today, in the fourth round of voting, McCarthy once again fell short of the votes he needed. The Republican leader and his allies were initially considering putting forward a motion to adjourn the House to give them time to negotiate, but decided to push forward with the latest round of votes after it was not clear they would even have the numbers to adjourn.