A former pilot charged in the November 2015 triple murder of his neighbors in western Kentucky has been convicted by a jury on all counts, the state’s attorney general said.

Martin, who was a pilot for an American Airlines subsidiary, was taken into custody at the Louisville International Airport in May 2019, a day after he was indicted by a grand jury in the murders of Calvin and Pamela Phillips of Pembroke and their neighbor, Edward Dansereau. 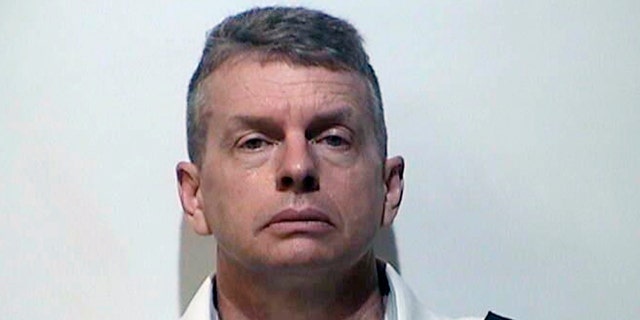 Christian R. Martin, a former pilot for an American Airlines subsidiary, was convicted on all counts in the triple homicide of Calvin and Pamela Phillips of Pembroke and their neighbor, Edward Dansereau, in November 2015.
(Christian County, Kentucky, Detention Center)

Martin was still wearing his pilot’s uniform when he was booked.

Police have said that Calvin Phillips was found shot to death in his Pembroke, Kentucky, home on Nov. 18, 2015. The bodies of Phillips’ wife, Pamela, and their neighbor, Dansereau, were later discovered a few miles away in a cornfield inside her burned car.

Authorities initially did not give a motive for the killings or said what led them to believe Martin was responsible.

During the two-week trial, special prosecutor Barbara Whaley said that Martin had the motive to kill neighbor Calvin Phillips because he was set to testify in a court-martial that could have ended Martin’s Army career, the Louisville Courier-Journal reported. She said Pamela Phillips and Dansereau were in the wrong place at the wrong time.

Martin was a former Army major. He was discharged from the military and sentenced to 90 days in jail after a military court convicted him of mishandling classified information and assault on a child, Cameron said.

A shell casing at the murder scene was shown to have been fired from a .45-caliber handgun found in a safe in Martin’s home across the street and that Martin’s dog tags were found in the couple’s home, Whaley said.

Martin faces 20 years to life without parole in the sentencing phase of his trial, which began Thursday, the paper reported. The attorney general’s office took the death penalty off the table.