Up to 200 private schools may be forced to close if Labour scraps their tax breaks.

They are said to be at risk from Keir Starmer’s ‘irresponsible’ policy – affecting around 26,000 pupils.

A further 64,000 children would be forced into the state system because their parents would not be able to pay increased fees.

No 10 backed the tax exemption last night, saying the independent sector played an important role in helping disadvantaged pupils. Private heads said that Labour’s plan was a ‘tax on the aspirations of parents’ because it punished those who had saved up for their children’s education. 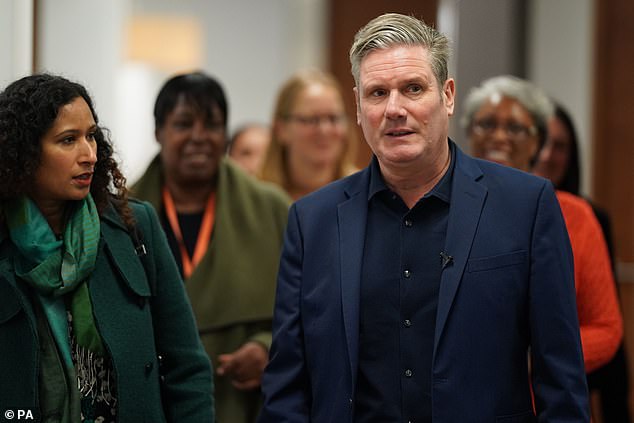 Up to 200 private schools may be forced to close if Labour scraps their tax breaks. They are said to be at risk from Keir Starmer’s ‘irresponsible’ policy – affecting around 26,000 pupils

At the weekend, Labour confirmed Sir Keir would retain Jeremy Corbyn’s policy of scrapping the charitable status of private schools, which exempts them from VAT on fees.

Labour says the move would raise £1.7billion for the Treasury – but critics insist it could cost taxpayers £400million a year because the state would have to educate displaced pupils.

These are mostly smaller, less expensive day schools – and many are single sex.

A number are already operating on a tight budget, so would have to pass on the VAT cost to parents. This would, in turn, price out many families, leading to a cut in pupil numbers and financial collapse.

A sector insider said: ‘Many people assume all independent schools have the resources of Eton, but this could not be further from the truth. A majority are small, local community schools that would be put in an impossible financial situation if Labour were to enact its ideological and fiscally irresponsible tax policy.’

Another senior source said: ‘This is a tax on hard-working parents who are easing the burden on the state system by choosing independent schools for their children.

‘The resulting financial pressures on parents and leaders will disrupt education for thousands of young people and cause dozens of schools to close.’ 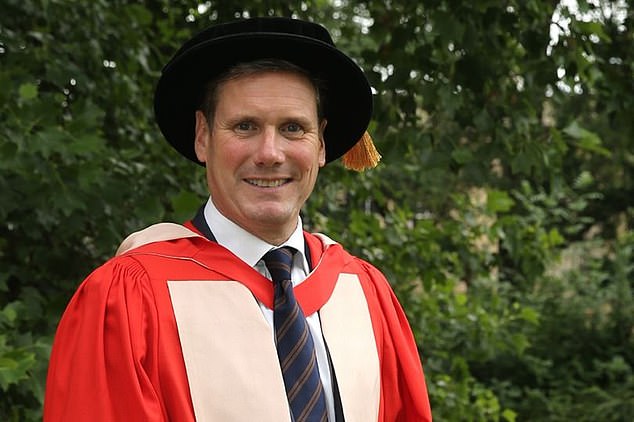 At the weekend, Labour confirmed Sir Keir would retain Jeremy Corbyn’s policy of scrapping the charitable status of private schools, which exempts them from VAT on fees. Pictured: Getting an honorary degree from the University of Reading

Labour claims the revenue raised from scrapping the tax break could be used to recruit 6,500 teachers, and a mental health counsellor for every school. But the Prime Minister’s spokesman said: ‘Independent schools have an important role to play in providing further opportunities for children across the country through targeted bursaries and by working with local state schools to share expertise, best practice and facilities.

‘It is because of the important educational service they provide that they are exempt from VAT.’

Julie Robinson, of the Independent Schools Council, said many parents had to struggle to raise the money for fees. She told LBC: ‘Labour are taxing the aspiration of these parents.

Bridget Phillipson, Labour’s education spokesman, said: ‘Tory ministers parroting the discredited claims of the private school lobby prove that this is a Government too weak to stand up to vested interests.

‘Labour would end tax breaks for private schools and invest in thousands more teachers, more mental health support in every school and professional careers advice to ensure young people are ready for work and ready for life.’

A spokesman for the Private Education Policy Forum said: ‘VAT is applied to luxury goods and paying for a private school education is very arguably a luxury good. Only 7 per cent of parents pay for private schooling, and the evidence shows these parents are disproportionately in the top 5-10 per cent of earners.’

Chancellor Jeremy Hunt said in his autumn statement that he would continue with tax breaks for private schools, saying he would be ‘practical’ instead of ‘ideological’.