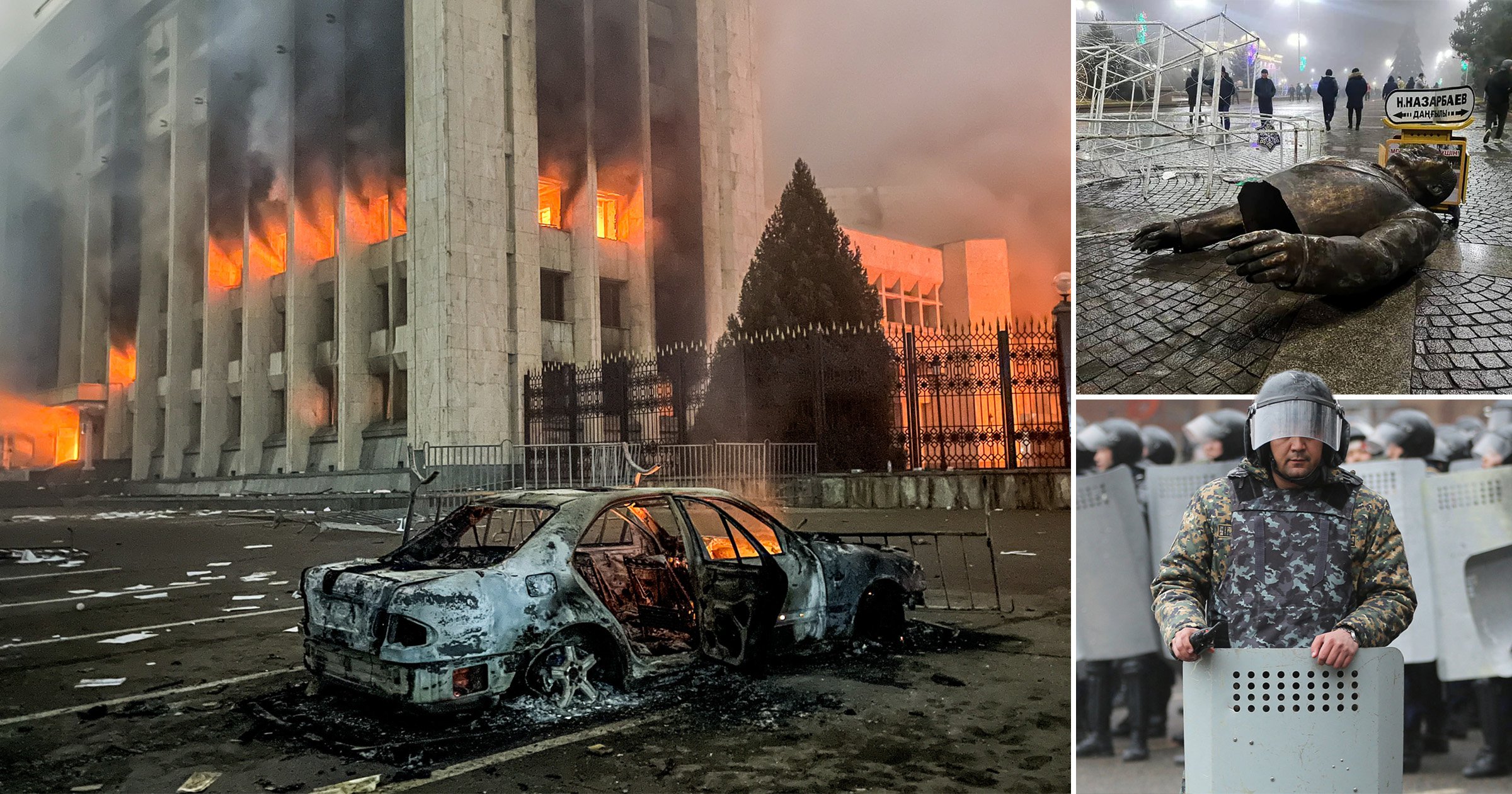 Kazakhstan’s President is battling to keep control as mass protests rock the country.

Protesters have stormed and torched public buildings in the former capital, Almaty, with a state of emergency declared.

The presidential residence was engulfed in flames as thousands of demonstrators gathered outside.

The government has resigned – but the President has vowed to crack down on the unrest, calling it a ‘black period’ in the country’s history.

Triggered by a rise in fuel prices, the rare demonstrations have expanded to include other political grievances.

On Wednesday evening, staff at the Central Asian nation’s main airport were forced to flee after demonstrators entered the terminal.

President Kassym-Jomart Tokayev branded the protesters ‘plotters’ and said they were ‘financially motivated’.

He said in a TV address: ‘I am obliged to protect the safety and peace of our citizens, to worry about the integrity of Kazakhstan.’

It’s the most severe unrest the country has seen in more than a decade. The authorities cut internet and phone access – while the US has urged calm and restraint.

Demonstrators have descended on Almaty’s mayoral office carrying clubs and shields, before torching it, according to reports in Kazakh media.

President Tokayev said police had died in clashes with demonstrators, but there were no immediate casualty figures for police or civilians.

The protests began on Sunday in the western city of Zhanaozen, where there is strong anti-government feeling after police shot dead at least 15 people following a 2011 oil-worker strike.

Large demonstrations broke out on Tuesday in the capital, Nur-Sultan, and in Almaty.

The government announced its resignation after the demonstrations spread, but President Tokayev said ministers would remain in their roles until a new cabinet is formed. He has promised political reforms.

He also declared a two-week state of emergency for both the capital and Almaty, imposing an overnight curfew and restrictions on travel around the cities.

Kazakhstan has been governed by the same party since independence from the Soviet Union in 1991. It wins most elections with almost 100% of the vote and there is ‘no effective political opposition’, according to the BBC.