KATE and William arrived this morning in Cardiff on the final day of their nationwide railway tour to hail communities’ Covid efforts.

The final stop comes as the couple have caught criticism from leaders in both Scotland and Wales for "breaking" lockdown rules which discourage cross-country travel. 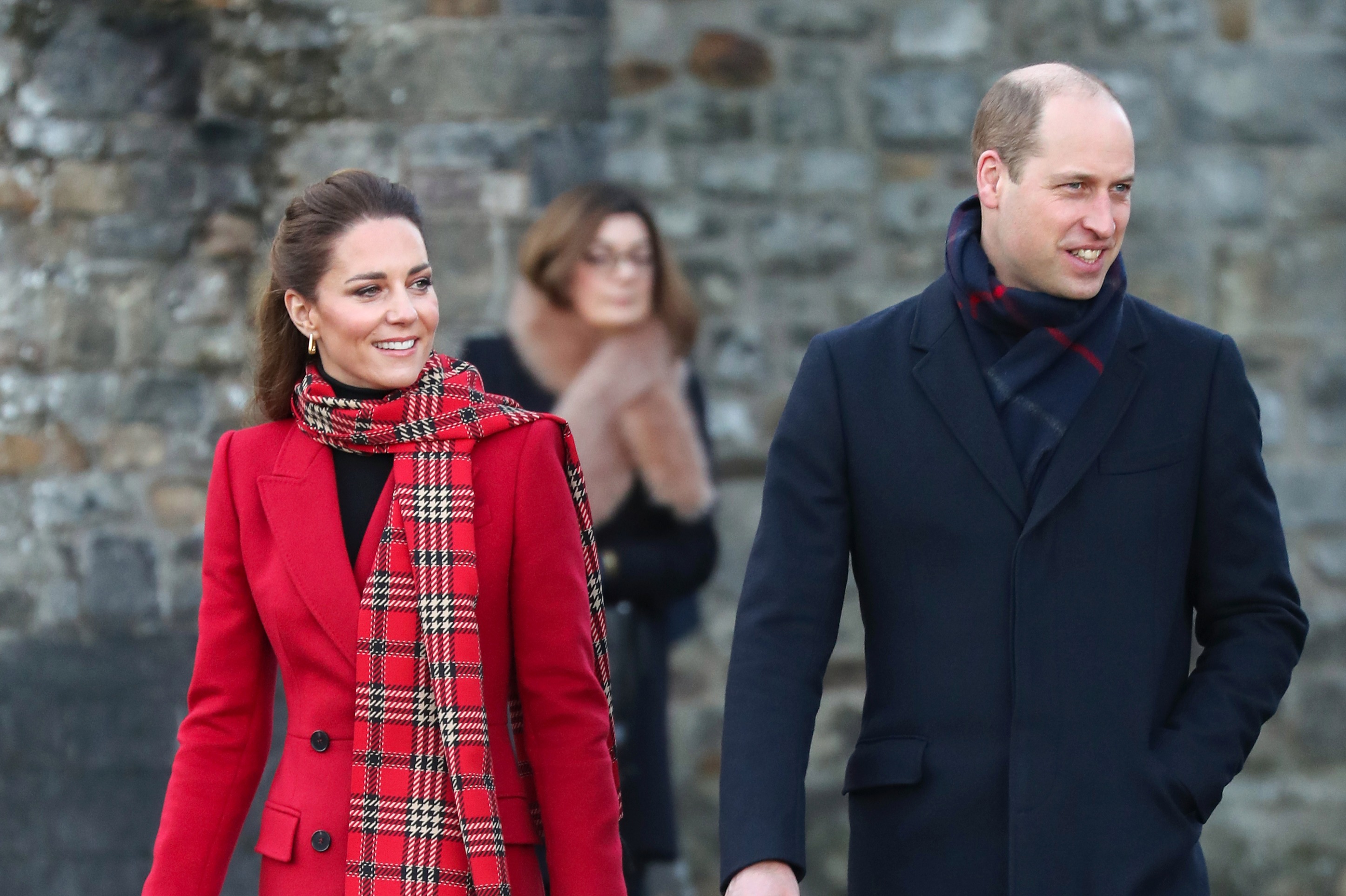 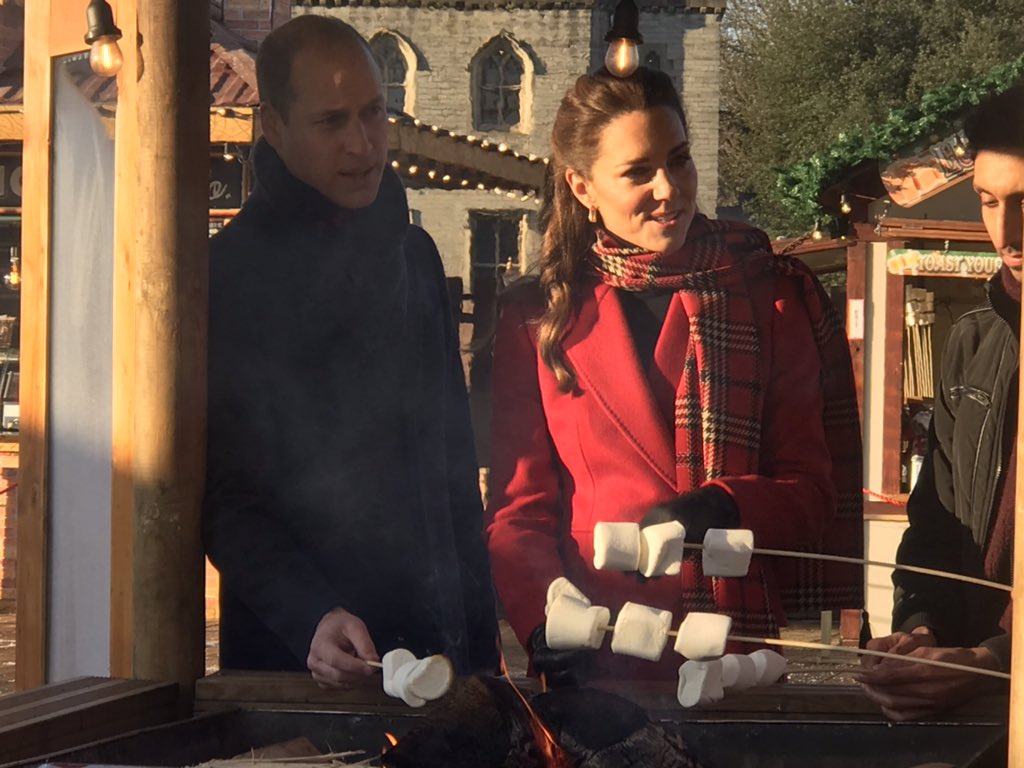 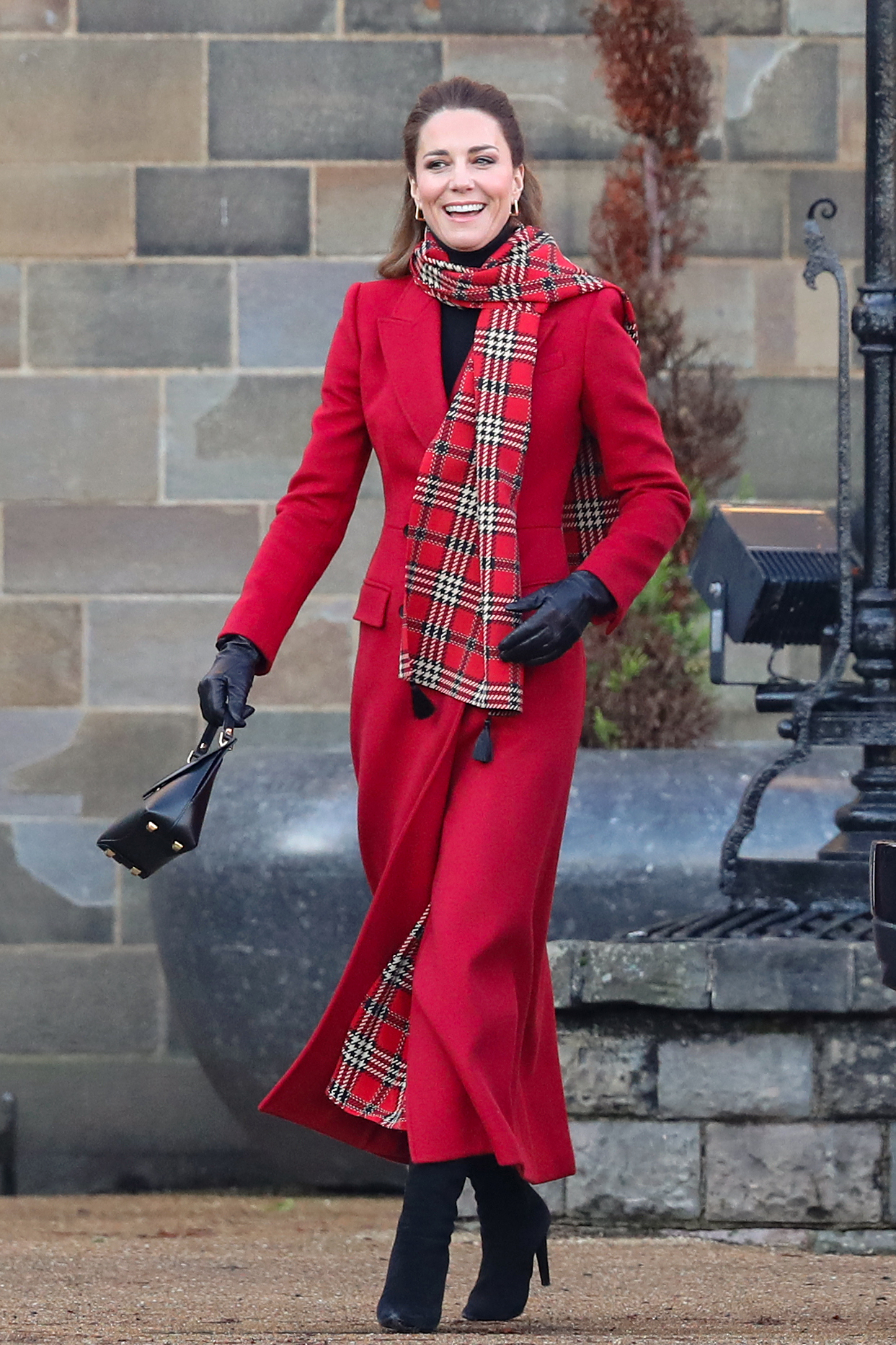 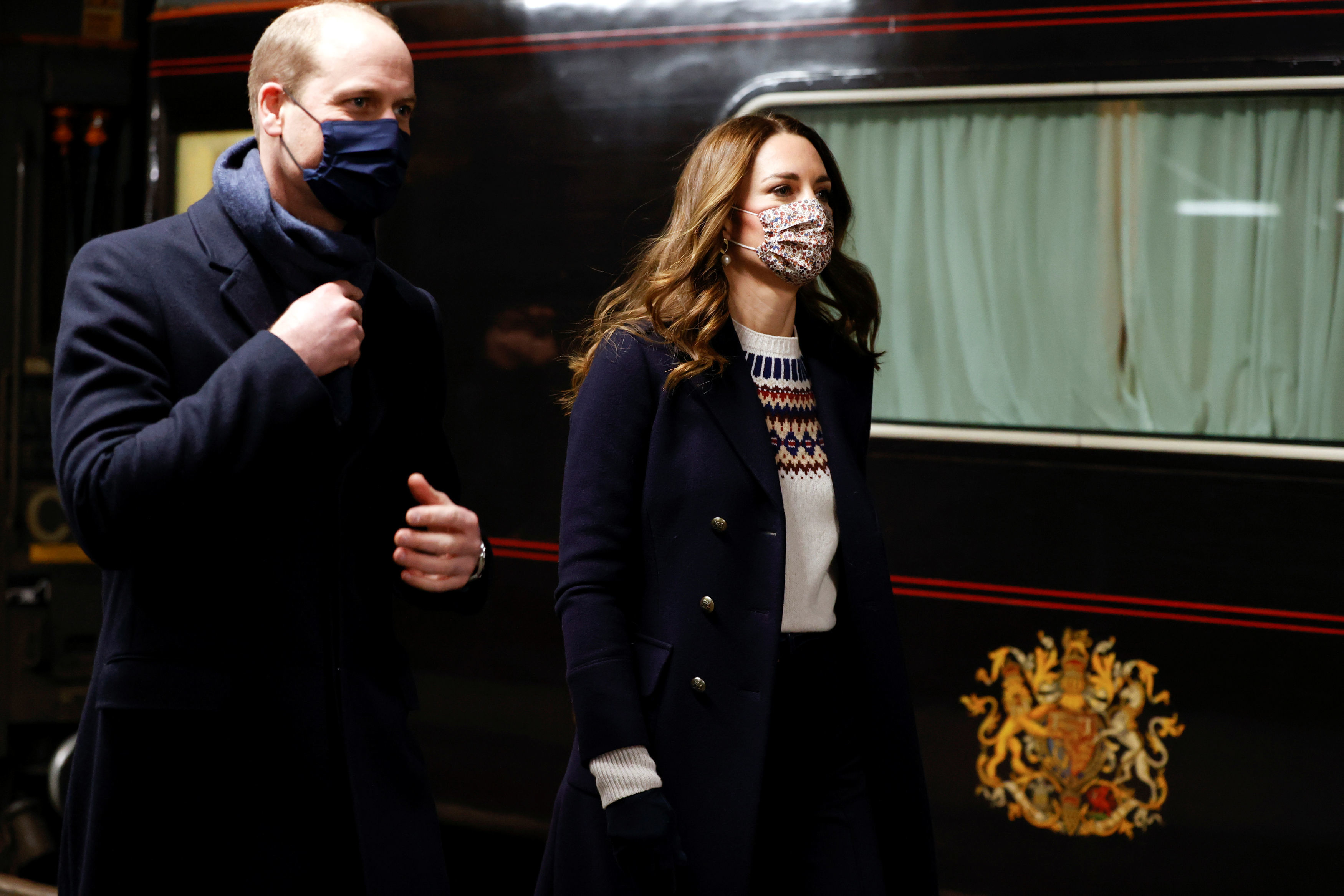 The three-day tour spans 1,250 miles on the Royal Train, which has been borrowed from the Queen herself, to meet and thank heroes of the coronavirus pandemic for their efforts.

Len, an 85-year-old cancer sufferer who met the Duchess of Sussex in Yorkshire yesterday, said the day would "live with him forever".

Kate and Wills arrived in the Welsh capital this morning for a stroll through Cardiff castle.

The couple were joining students from Cardiff University, Cardiff Metropolitan University and the University of South Wales as they unwrapped their Secret Santa gifts to one another.

The visit coincided with Christmas at the Castle – a festival of Christmas activities staged at the tourist attraction throughout December.

William and Kate browsed some of the Christmas stalls and toasted large marshmallows over a fire.

Touching one of the sticky sweet treats with her gloved hand, Kate laughed and said: "I'm going to have that marshmallow on my fingers all day."

Kate wore a bright red Alexander McQueen coat, and Wills was dressed in all black.

The pair navigated light-up Christmas decorations and the castle's cobbled paths to chat with uni students about their mental health during the pandemic.

They also wanted to highlight the badly effected arts and tourism industry, and Wales' longest running Samba band played for the couple as they arrived.

It was revealed yesterday Kate and Len had been secretly chatting on the phone throughout lockdown as the future Queen volunteered to chat to lonely pensioners throughout the pandemic.

Len, who is a carer, said: "Never in my wildest imagination did I think I would be talking on the phone to the future Queen of England.

“I will treasure our conversations for the rest of my life. Those calls helped me because they gave me something to look forward to.”

The couple yesterday touched down in Scotland and toured Berwick-upon-Tweed, Batley and Manchester on Monday as they met schoolchildren, ambulance workers, volunteers and charity workers.

Today, the royal tour continues into Wales and the south of England, including Windsor, where the pair will see the Queen, Prince Charles and Camilla.

Details of William and Kate's next stops on the royal train have not been released, but they are expected to end their travels with the Queen, and the Prince of Wales and Duchess of Cornwall.

Scotland's First Minister Nicola Sturgeon suggested the duke and duchess travelled to Edinburgh despite their office being made aware of restrictions for those wanting to cross the border.

But Royal sources said the visits were planned in consultation with the UK, Scottish and Welsh governments and stressed they were working, which permits travel across the border.

William gave a speech at FareShare, a national charity feeding almost one million people per week across the UK and up to 60,000 in Greater Manchester, to thank staff and volunteers for helping the most vulnerable during the coronavirus pandemic.

Speaking inside a Manchester warehouse named after the mother of England and Manchester United striker Marcus Rashford, who works closely with FareShare, William said: "Catherine and I felt that it was extremely important to visit just some of the heroes that have emerged this year to thank you for all that you have done.

"Whether that's transport workers, paramedics, school teachers or indeed staff and volunteers like those of you online across the FareShare network or here in Manchester tonight." 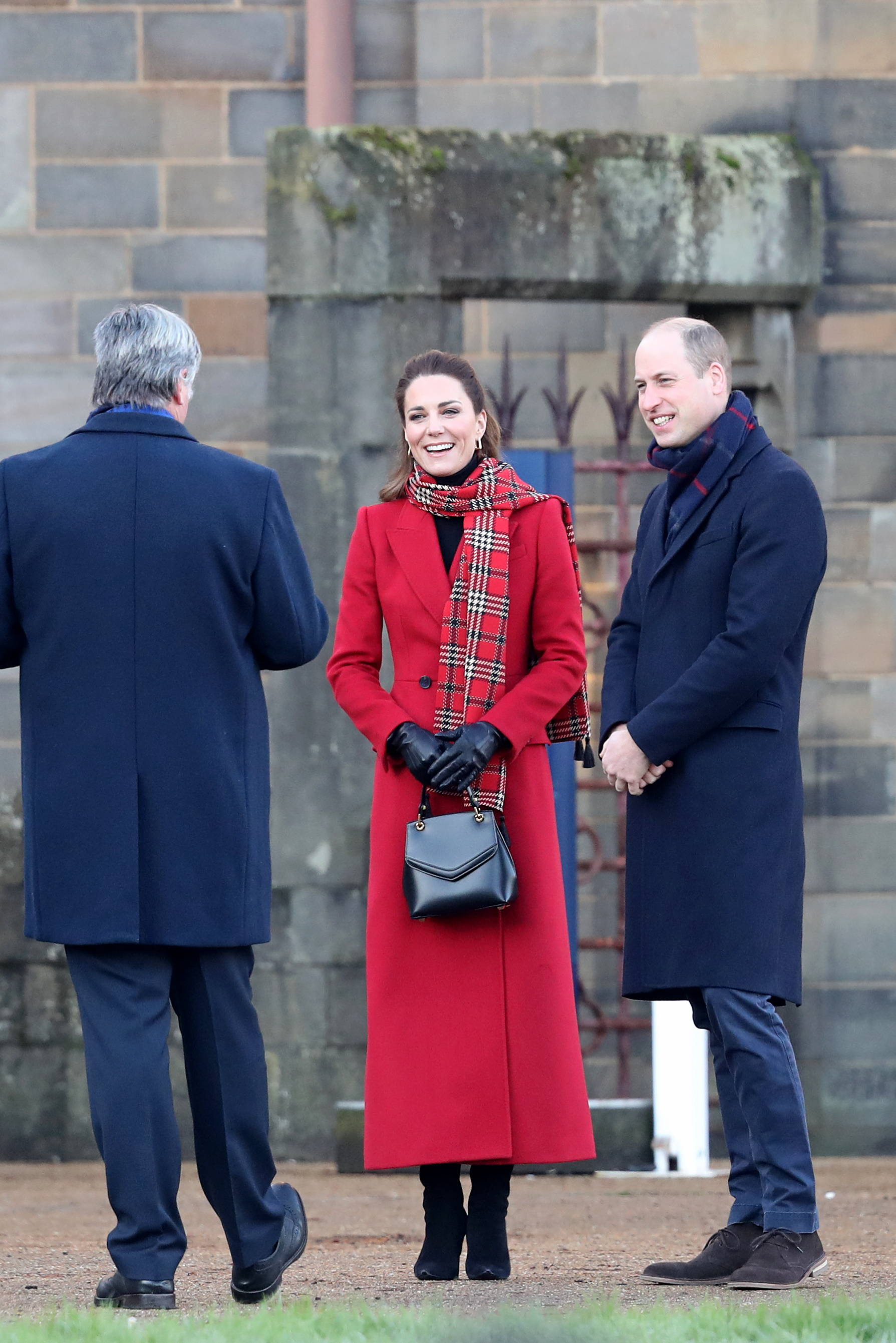 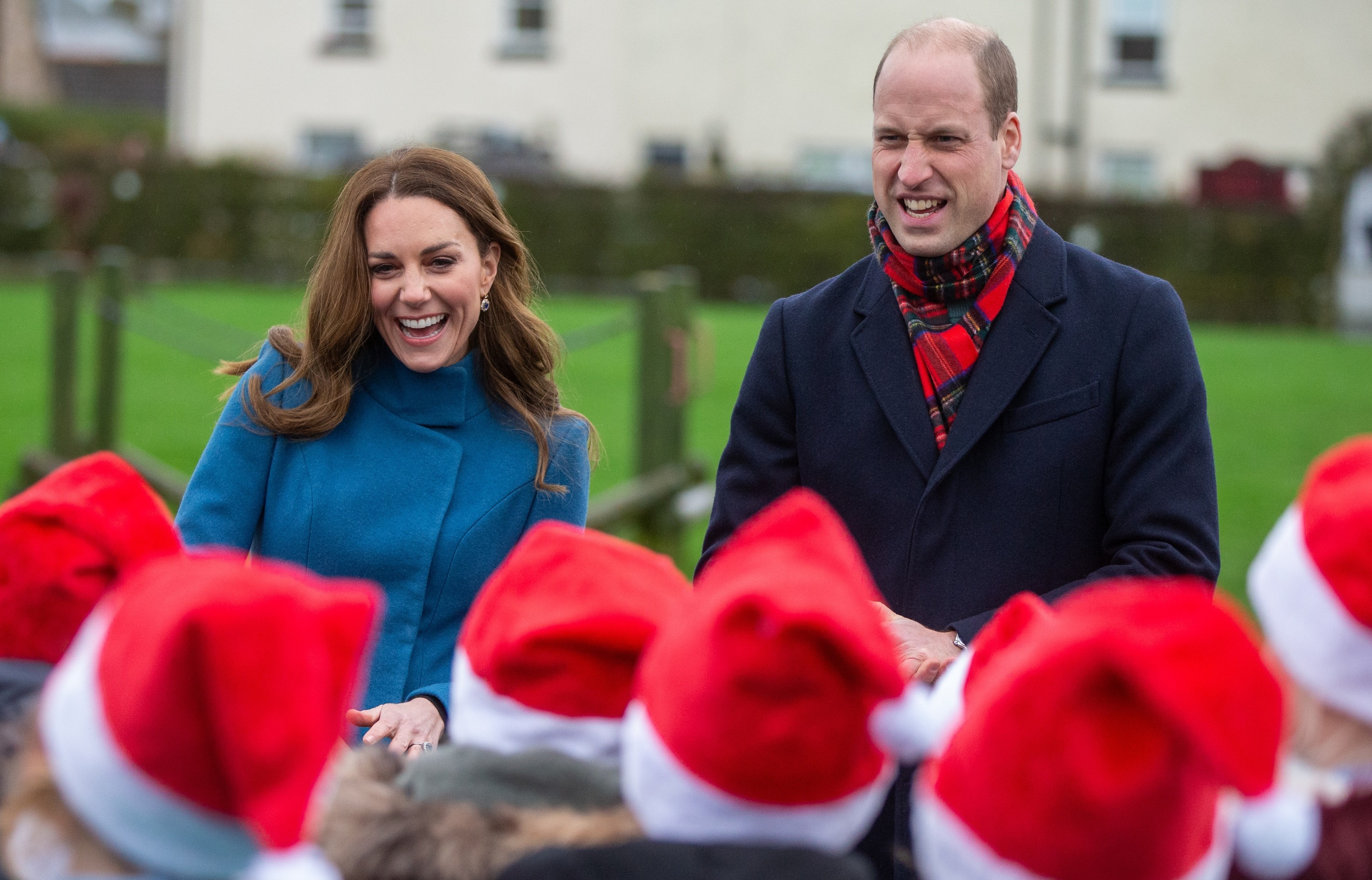