Karen Matthews has broken her silence on daughter Shannon’s kidnap 10 years on from the notorious case.

In her first full interview, for which she was not paid, she told the Mirror that she is not evil and insists she knew nothing of the snatch plot that shocked the nation.

Shannon was found sedated at the home of Michael Donovan, uncle of Matthews’ boyfriend Craig Meehan, after a search lasting 24 days.

Matthews and Donovan were found guilty at Leeds Crown Court of ­kidnapping, false imprisonment, and perverting justice. Both were given eight-year prison sentences.

Last year, the BBC screened a drama, The Moorside about Shannon’s kidnap.

Here is what has happened to the people involved in the real life drama on the Moorside estate in Dewsbury, West Yorkshire in 2008.

Shannon was taken into care after the trial, and now lives with a new family.

She is 19 years old now and was given a new identity which cannot be revealed.

Shannon’s mum Karen was released from jail in 2012 after serving half of her eight-year sentence.

The 43-year-old, who has a new identity, was relocated away from her home in Dewsbury, West Yorkshire.

She has dramatically changed her appearance as the Mirror’s exclusive pictures show.

Played by Sheridan Smith in the series, Julie led the search for Shannon after her ‘disappearance’.

She still lives in Dewsbury and has admitted she feels sorry for Karen Matthews after the ordeal.

She visited her friend in prison monthly for four years in an attempt to discover the truth about what happened – but stopped when she didn’t get answers.

After Karen was released from prison, her contact with Julie stopped as the terms of her release meant she was unable to communicate with her.

Natalie Murray was another of Karen’s friends who helped her in the search for Shannon.

Appearing on TV ahead of the drama’s airing, she revealed she will never be able to forgive Karen.

“It started when she did the very first interview outside her house,” recalled Natalie.

“I was there when the family liaison officer told her not to do the interview or speak to the press until they had as much information as they could get, and then they’d deal with that side of the press.

"It was due to previous cases when a child has gone missing and it could put their life at risk. But Karen did the interview.

"To me, as a mum, why would you do that when you’ve been told it could put a child’s life at risk?”

Natalie said she “went straight down and asked her” why she did it, and claimed Karen’s answer was “everybody told me” to do it.

“[I felt] angry that nobody listened to me or saw what I was seeing about her behaviour or things like that,” added Natalie. 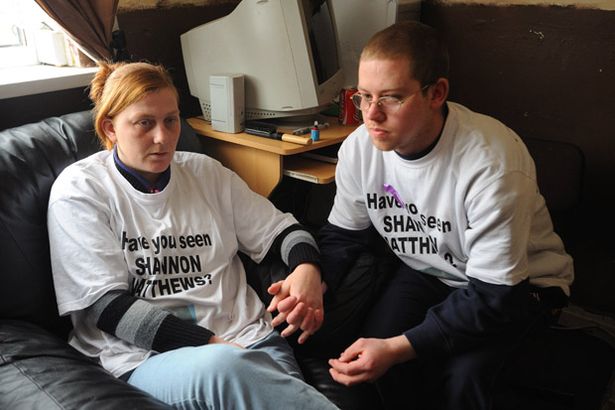 Craig Meehan was Karen’s boyfriend at the time – and his uncle Michael Donovan was found to have planned Shannon’s disappearance to generate money from the publicity and search.

Although he wasn’t involved in the kidnapping, he was convicted of possession of child pornography after police examined computers at the home.

He was sentenced to 20 weeks imprisonment, but was released on the same day as he had spent longer on remand than the length of the sentence.

The ex-fishmonger, now 30 and with a new name, had no part in the fake abduction.

Michael was found guilty of kidnapping, false imprisonment and perverting the course of justice for his role in the stunt.

Along with Karen, he was sentenced to eight years in prison – and by the time she was released after serving half the sentence, Donovan had already been released.

The Sunday Mirror published a new picture of Donovan snapped outside a coffee shop watching children playing nearby from 2012.

He was seen acting bizarrely while sitting on a bench in a Leeds market place.

He had been spending six hours a day there and police picked him up after a request from parole officials.

He was returned to prison for a brief period. It is not known what happened to him after that.