Bruce Weber’s time at Kansas State has come to an end.

The university and Weber parted ways on Thursday following the conclusion of Weber’s 10th season coaching the Wildcats’ men’s basketball program. K-State lost 73-67 to West Virginia in the first round of the Big 12 tournament on Wednesday night. The Wildcats finished the season with six consecutive losses, bringing their record to 14-17 overall.

Kansas State failed to reach postseason play for the third consecutive season. Over that span, the Wildcats went a combined 34-58 overall with just a 13-41 mark in conference play. It was a stark contrast to the success that came earlier in Weber’s tenure, including a share of the Big 12 regular season championship in 2013 and 2019, as well as a run to the Elite Eight in 2018.

Overall, Weber amassed a 184-147 record at Kansas State with five NCAA tournament trips during his tenure. The 65-year-old Weber is third all-time in wins in K-State history. 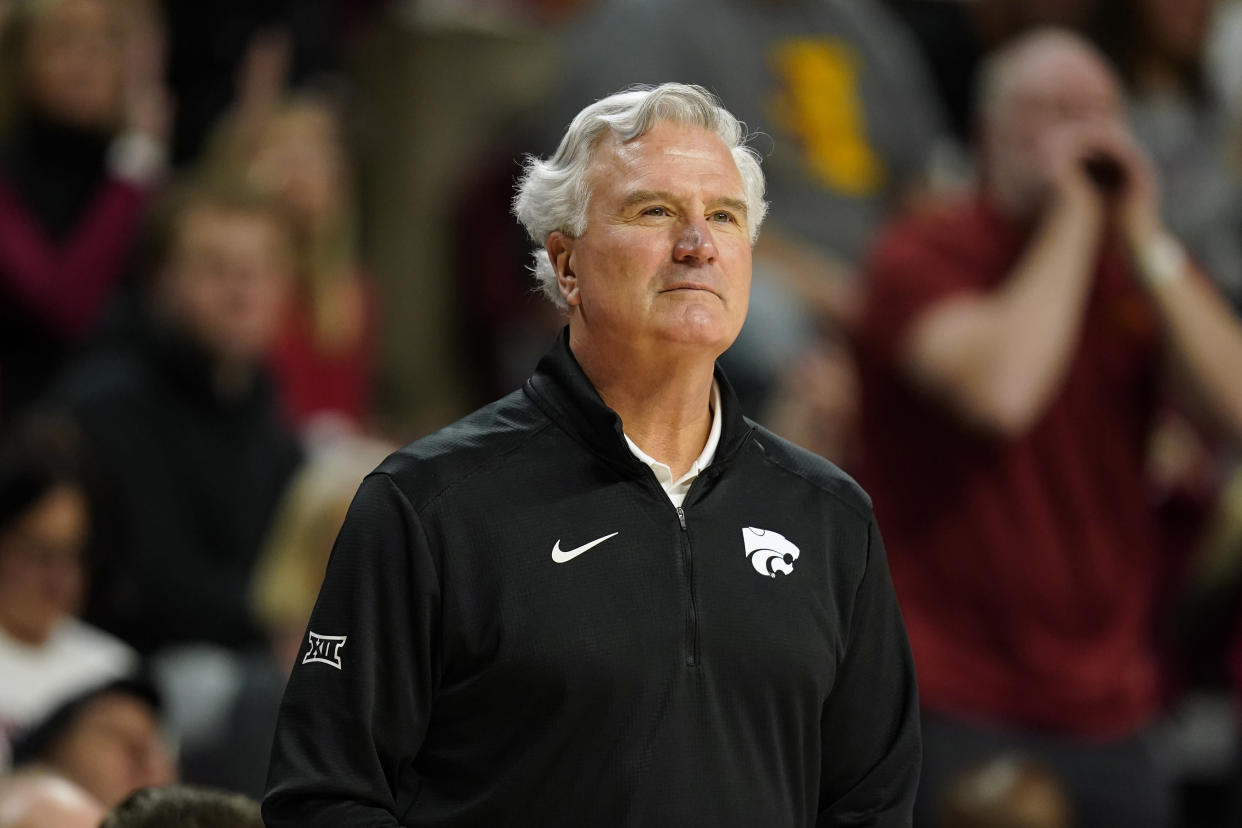 Before his time at Kansas State, Weber was the head coach at Southern Illinois from 1998 to 2003 and then at Illinois from 2003 to 2012. He coached SIU to two Missouri Valley Conference titles and two NCAA tournament appearances, including a run to the Sweet 16 in 2002. At Illinois, Weber won two Big Ten titles and coached in six NCAA tournaments. Most notably, the Illini finished as the national runner-up in 2005, losing to North Carolina.

"Coach Weber has provided selfless leadership to our basketball program and university for the last decade," Kansas State athletic director Gene Taylor said. "With two conference championships and an Elite Eight run in 2018, our program reached exceptional levels of success under his direction. His development of young men on and off the court, while representing K-State in a first-class manner with the highest level of integrity is unmatched in today's game and something all K-Staters should take great pride in."

Kansas State said it will honor the terms of Weber’s contract, which had one more season remaining.

Weber, aware that his time at Kansas State had reached its end, was emotional during his news conference following Wednesday night’s game. He defended what he was able to accomplish at K-State and explained his love of coaching and path through college basketball.

Here's the full six minute response from Bruce Weber when asked if he had anything to say if this was his last game at K-State. Really starts to get emotional around the 3:40 mark and goes into detail about how he got his start in coaching.

Weber also wanted to get something off his chest.

Some have wondered why Weber, who usually kept a well-groomed appearance throughout his career, let his hair grow all season. He explained that he decided he wouldn’t get a haircut until the programs ensnared in the FBI investigation into college basketball were penalized. He didn’t mention any programs by name, but one of the programs involved was Kansas, K-State’s biggest rival.

“We did it the right way,” Weber said. “We did it with our guys graduating. I’m on the NCAA ethics committee. And on the meetings, I was told that they were going to take care of the people in the FBI stuff. So I told somebody, ‘I’m going to grow my hair until something happens.’ Obviously, it’s still growing,” Weber said. “That’s the sad part of our business. Lon Kruger told me the other day, all the [coaches] in the FBI thing except one are in the NCAA tournament. So I’m just proud of what I’ve done.”