THE Jurassic Coast saw its biggest rockfall in 60 years as 4,000 tonnes tumbled from a 430ft cliff.

The rubble has completely blocked off a beach along a stretch of Britain's historic Jurassic Coast. 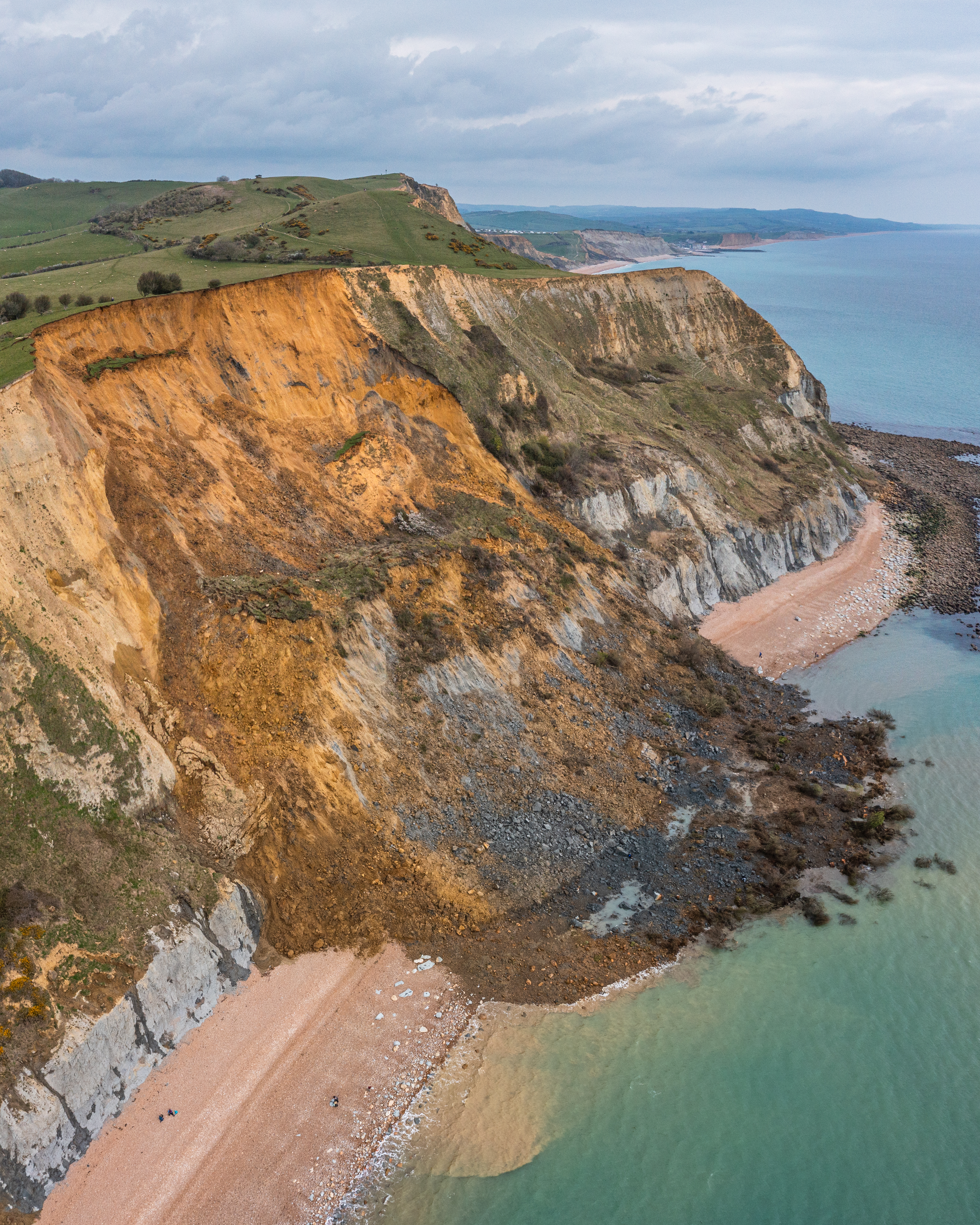 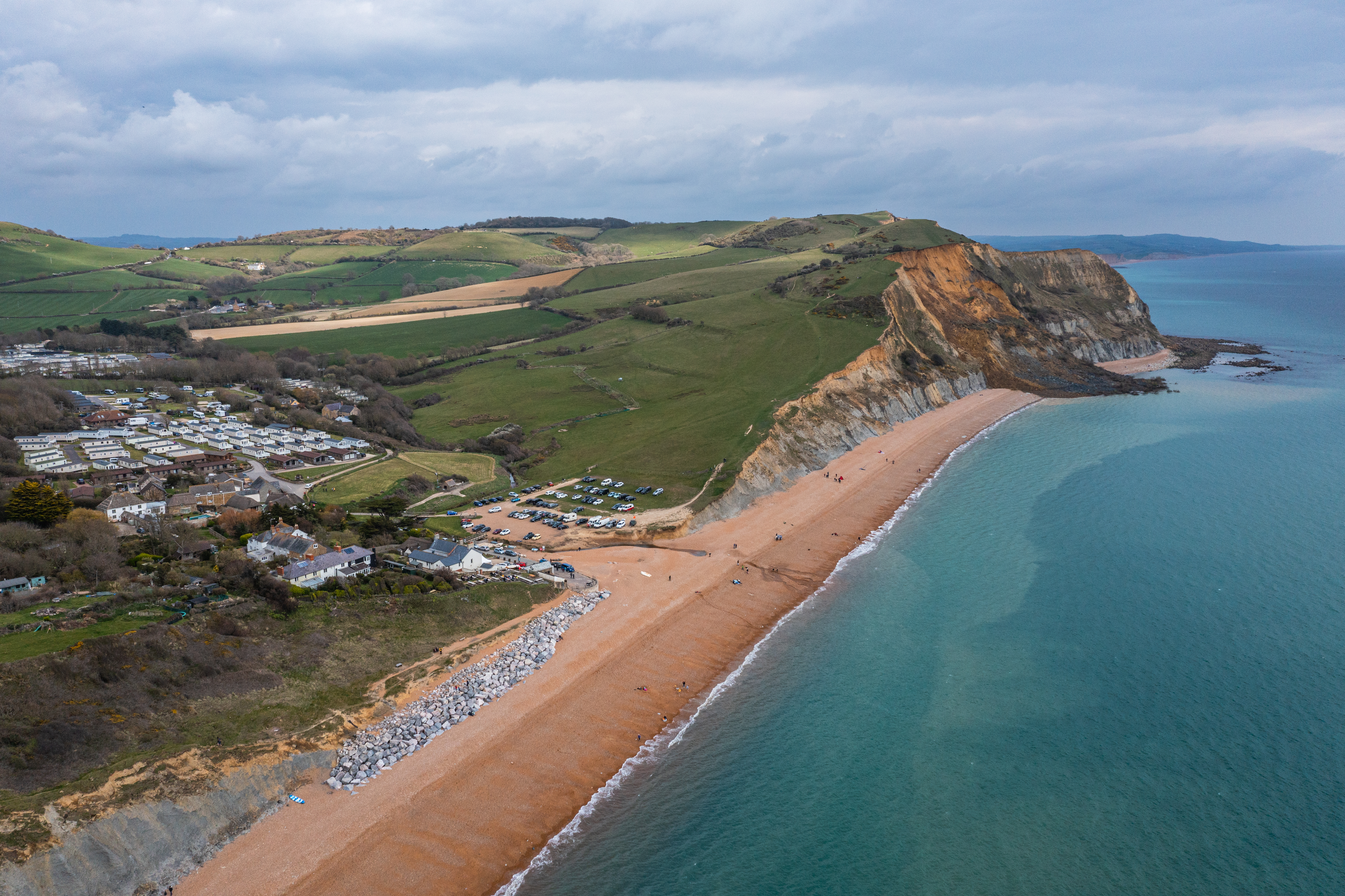 A huge chunk from a 430ft sandstone cliff gave way causing boulders the size of cars to plummet near Seatown in Dorset.

Rangers have been assessing the damage throughout the day and Dorset Council is warning people to stay away.

It is believed to have been caused by natural erosion, not helped by recent mixed weather.

Jake Lanning, from West Bay Coastguard, said: "We have been aware of this since this morning and it is a very very substantial fall.

"The county council are aware of it and I know their rangers have been out assessing the damage.

"I believe it was caused by substantial cracks around the cliff, which have occurred as part of natural erosion.

"The recent warm days and cold nights probably haven't helped either and we're expecting to see a fair bit of this in the coming weeks.

I was chatting to some of the people who live by the beach and one man who’s been here for 60 years said it's the biggest one he's ever seen.

"In terms of this one, high tides will eventually see the debris disappear but at the moment the beach is completely cut off.

"We weren't called out to it, as there is not any danger to life, but we did get a lot of calls about debris in the water.

"The fall was so big that people thought the rocks and trees were vessels and/or people in difficulty."

Among those to see the debris was walker Nicola Prakash, who came across it while on the beach this morning.

She said: "The entire beach is blocked, it's very lucky it happened overnight rather than during the day.

"It is a huge landslip, certainly the biggest one I've seen in my 40 years in Bridport.

"I was chatting to some of the people who live by the beach and one man who’s been here for 60 years said it's the biggest one he's ever seen.

"By the looks of things there could well be more to come so people need to stay away from that area of the beach."

Dorset Council has warned that further falls are expected – and urged residents to stay clear of the area.

A spokesman for Dorset Council said: "There has been substantial rock fall between Seatown and Eype Beach. Further movement is expected with fresh cracks, affecting the fence line but not the Coast Path.

"We will monitor over the next few weeks to ensure that any further movement does not affect access.

"Now the ground is drying out, there is the possibility of more slips and falls and they can happen very quickly. For your safety keep clear of tops and bases of cliffs when out and about." 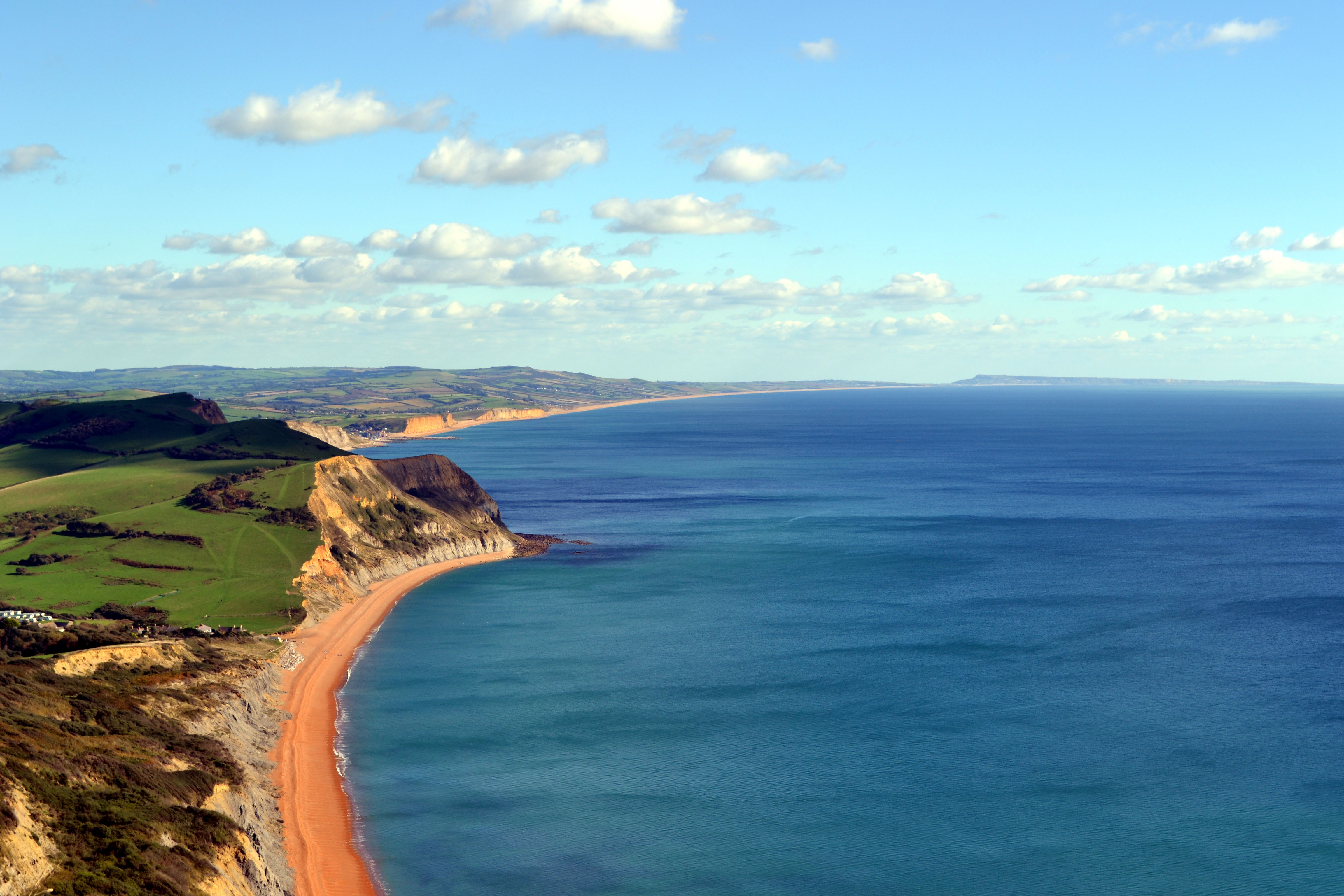 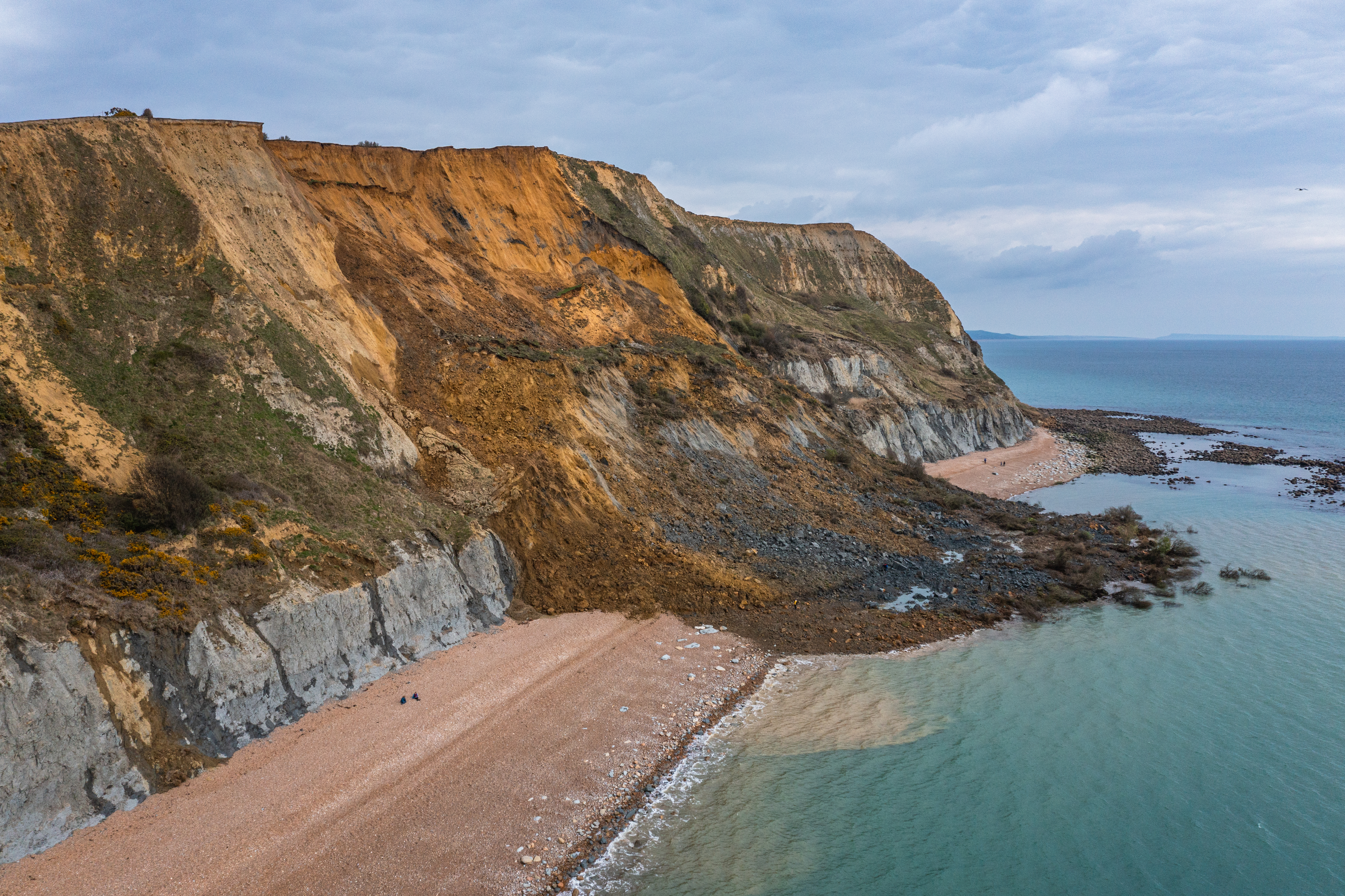 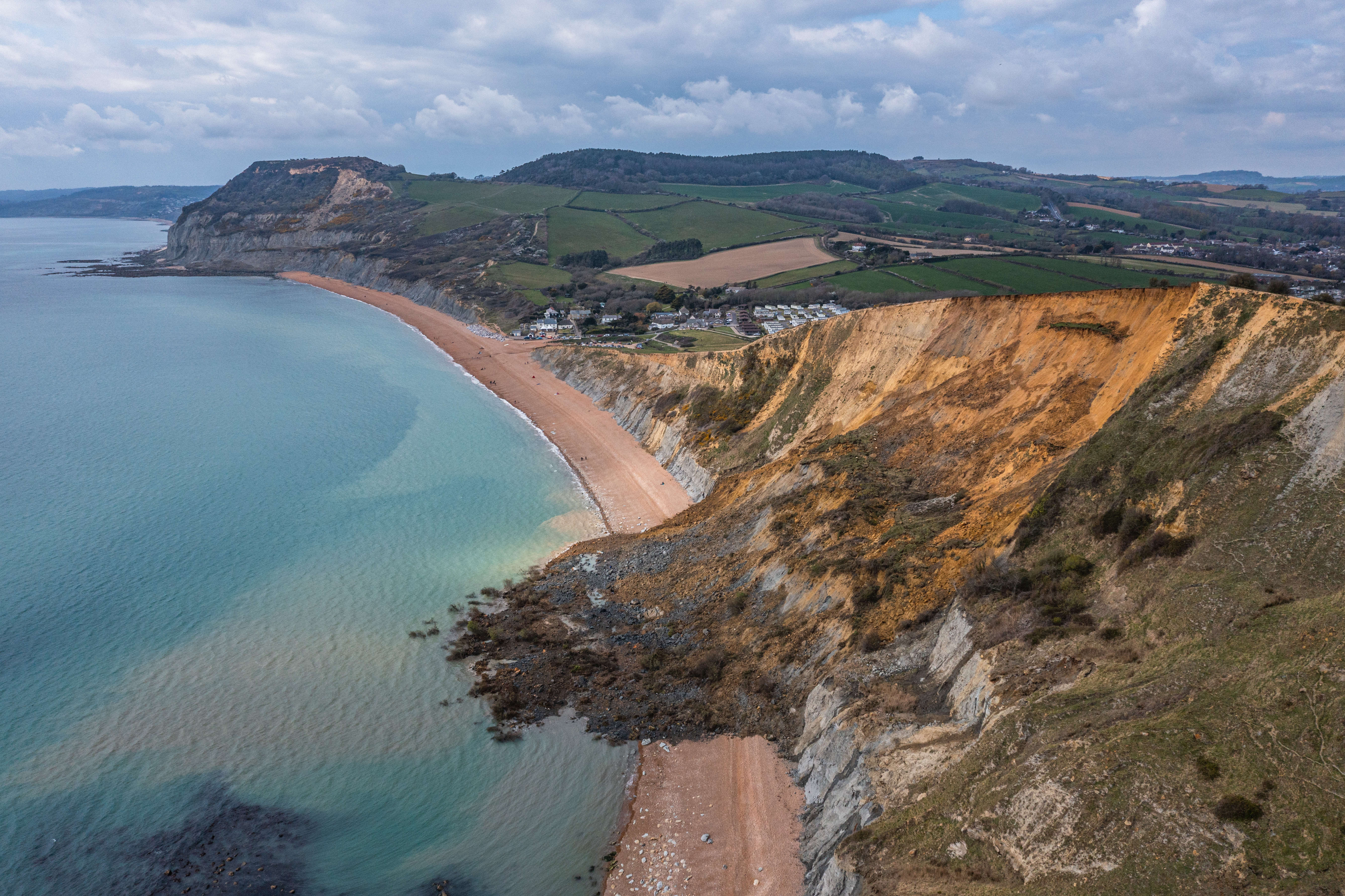