Supreme Court president Lady Hale, who blocked Boris Johnson’s attempt to shut down Parliament over Brexit, attacks the Government over spending cuts she says are causing ‘serious difficulty’ for the justice system

The judge who oversaw a Supreme Court slapdown of the Prime Minister when he tried to shut down Parliament targeted his Government again today with a blast over spending cuts for the justice system.

Baroness Hale of Richmond locked horns with Boris Johnson’s administration again this morning as she was allowed to run the BBC’s top radio politics programme for the day.

The 74-year-old president of the Supreme Court – who retires next month – said the problems are particularly apparent in the family courts where a lack of access to legal services has the greatest impact on ordinary people’s lives.

In an interview on Radio 4’s Today Programme, which she was ‘guest editing’ today, she said that with more resources, she said many disputes could be resolved at an early stage without the need for them to go to court.

‘I don’t think that anybody who has anything to do with the justice system of England and Wales could fail to be concerned about the problems which the reduction in resources in several directions has caused for the system as a whole,’ she said. 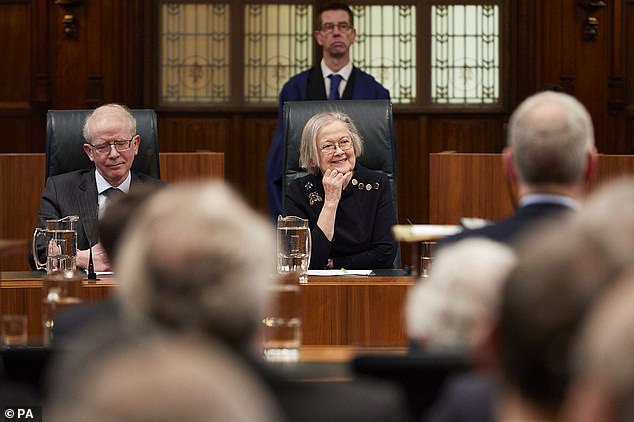 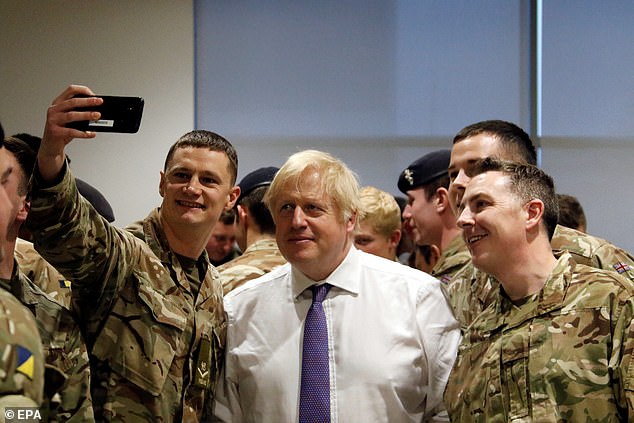 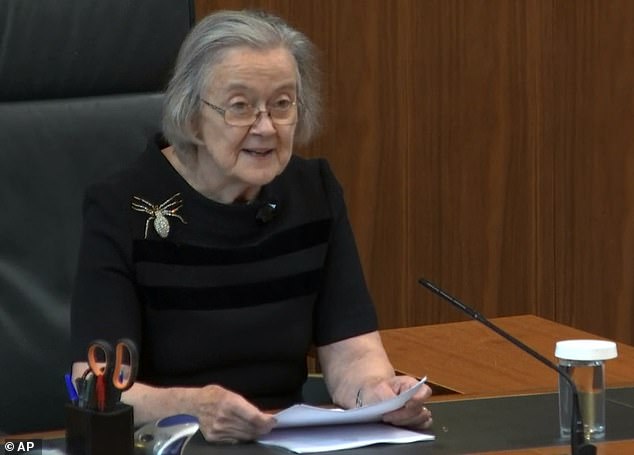 ‘The lack of access to legal services for some people who seriously need them in the areas which most affect their ordinary, everyday lives – that is a problem.

‘It is a particular problem in family law – disputes between husband and wife, mother and father – where there may be an imbalance in resources because of the lack of access.

‘Most people need legal services at the beginning of a difficulty, and if they have them then it will be sorted out and they won’t have to go anywhere near a court or they won’t have their house repossessed or whatever, because somebody has managed to find a solution to the problem at an earlier stage.

‘It is that lack of initial advice and help which is a serious difficulty.’

Lady Hale and her 10 fellow Supreme Court judges humiliated Boris Johnson in September when they ruled unanimously he illegally prorogued Parliament in an ‘extreme’ move to ‘frustrate’ debate on Brexit.

In an eviscerating judgment she said the Prime Minister’s decision to ask the Queen to shut down the Commons for five weeks was ‘unlawful, void and of no effect’.

And in an extraordinary attack on the PM’s motives, Lady Hale added: ‘The effect upon the fundamentals of our democracy was extreme. No justification for taking action with such an extreme effect has been put before the court’.

She refused to say if he had lied to the Queen – but many of Johnson’s critics claim the ruling is tacit confirmation that the judges believe he misled the monarch.

Mr Johnson’s allies called the ruling was a ‘disgrace’and said the court case was an attempt to subvert democracy more than three years after Britain voted to leave the EU.

Then Commons Speaker John Bercow immediately grabbed power and recalled the Commons while the PM was in New York.

But while Brexit was delayed, Mr Johnson’s overwhelming election victory on December 12 meant it was ultimately just a minor hiccup and it is expected to happen without further delays on January 31.