A federal judge ruled Monday in favor of a House of Representatives committee that subpoenaed President Donald Trump’s financial records from his corporate accounting firm, dealing an early setback to the administration in its legal battles with Congress.

U.S. District Judge Amit Mehta in Washington also denied a request by Trump to stay his decision pending an appeal. Mehta’s ruling will almost certainly be appealed quickly to a higher court.

Last Tuesday he heard oral arguments on whether Mazars LLP must comply with the House Oversight Committee’s demand.

Mehta said at the time that financial records from Trump’s long-time accounting firm would be part of a ‘proper subject of investigation’ by Congress, appearing to side with Democratic lawmakers seeking more oversight of the president. 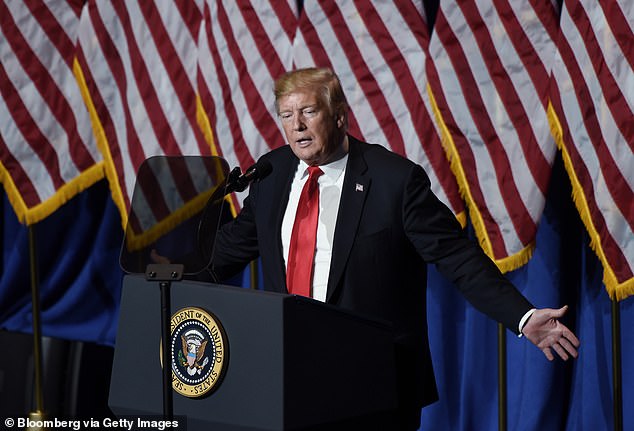 President Donald Trump has lost an early legal round in his battle to keep House Democrats from seeing his financial records; a federal judge ruled against his lawyers’ objections on Monday 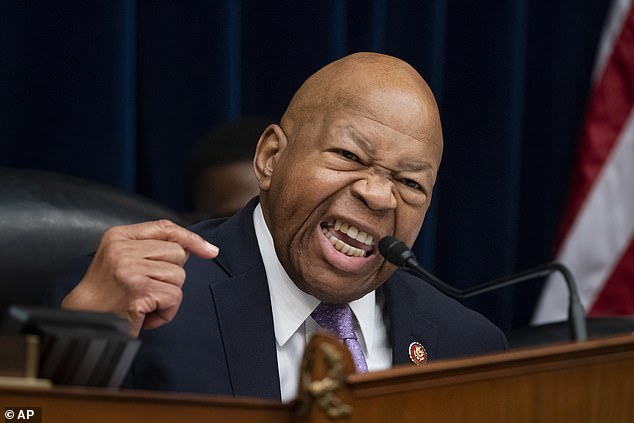 It was the first time a federal court had waded into the tussle about how far Congress can go in probing Trump and his business affairs.

Trump is refusing to cooperate with a series of investigations into issues ranging from his tax returns and policy decisions to his Washington hotel and his children’s security clearances. 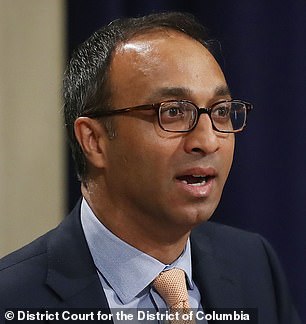 U.S. District Judge Amit Mehta, an Obama appointee, issued Monday’s ruling; it will quickly be appealed to a higher court and could end up before the U.S. Supreme Court

Trump’s lawyers argued that Democrats in Congress are on a quest to ‘turn up something that Democrats can use as a political tool against the president now and in the 2020 election.’

The House Oversight Committee claims sweeping investigative power and says it needs Trump’s financial records to examine whether he has conflicts of interest or broke the law by not disentangling himself from his business holdings as previous presidents have done.

Lawyers for Trump and the Trump Organization, his company, filed a lawsuit last month to block the subpoena, saying it exceeded the constitutional limits of congressional power.

Mehta was appointed in 2014 by President Barack Obama, who was often investigated by Republicans in Congress during his two terms in office.

Mazars has avoided taking sides in the dispute and said it will ‘comply with all legal obligations.’ 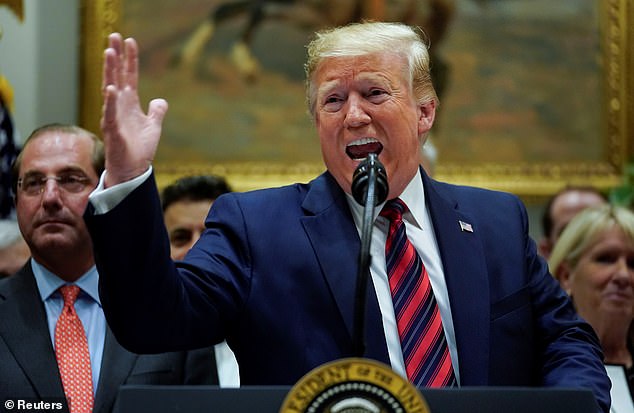 Trump has adopted a zero-cooperation approach to Democrats’ demands, declaring that they’re all partisan political stunts

Last week the president’s attorneys objected to Mehta’s plan to fast-track the lawsuit by holding a trial on Tuesday, saying that would deny Trump a ‘full and fair’ hearing.

Trump’s challenge of the Mazars subpoena was his first effort to quash the multiple House inquiries.

He has also sued over subpoenas for his financial records sent to Deutsche Bank AG and Capital One Financial Corp.

Some legal experts have said Trump’s lawsuits are unlikely to succeed. They believe Congress has broad power to issue subpoenas as long as requested documents can help it legislate, and that courts are reluctant to second-guess its motivations.

Some Democratic Party leaders have argued that Trump’s stonewalling represents a ‘constitutional crisis’ and could force them to begin impeachment proceedings to remove him from office.

Any such effort would likely fail in the Republican-controlled Senate, but it would provide Democrats with high-powered ammunition for political ads in 2020.