LONDON (Reuters) – A defiant Prime Minister Boris Johnson said he would not negotiate a further delay to Britain’s departure from the European Union after losing a vote in parliament on Saturday that means he is obliged to request a postponement.

The move by parliament, on a day Johnson had pitched as a day of reckoning for Brexit, increases the chances that the divorce will be delayed and thus increases the opportunity for opponents of Brexit to frustrate the United Kingdom’s departure.

Parliament voted 322 to 306 in favor of a 26-word amendment that turned Johnson’s Brexit finale on its head by leaving the prime minister exposed to a humiliating obligation to ask the EU for a delay until the end of January 2020.

“I will not negotiate a delay with the EU and neither does the law compel me to do so,” Johnson told parliament.

“I will tell our friends and colleagues in the EU exactly what I have told everyone else in the last 88 days that I have served as prime minister: that further delay would be bad for this country, bad for the European Union and bad for democracy.”

While Johnson did not explicitly refuse to send a letter to the EU requesting the delay – as an earlier law passed by his opponents demands – he said he would not negotiate.

That opens up a path to a new Brexit drama over a delay that could pull in lawyers, courts, the European Union and the divided British parliament.

The European Commission said Britain must now inform it of its next steps as soon as possible.

French President Emmanuel Macron told Johnson a delay was in no-one’s interest, an official at the French presidency told Reuters.

Ireland believes granting an extension is preferable to Britain leaving with no deal, but there is no guarantee that view is shared throughout the EU, its foreign minister said.

In a move designed to prevent the United Kingdom slipping out of the EU without a deal by design or default, Letwin’s amendment delays parliament’s ultimate decision on Johnson’s Brexit deal until the very end of the process.

By supporting Letwin, whom Johnson had expelled from the Conservative Party, parliament exposes the prime minister to another law passed by his opponents which demands he ask for a delay until Jan. 31, 2020 unless he had a deal approved by the end of Saturday.

Even if he is given an extension he doesn’t want by the EU, Johnson could still take the country out of the bloc on Oct. 31 because the law allows him to if he can get all the legislation approved by that date.

Rees-Mogg said the government now planned to put Johnson’s deal to a debate and vote on Monday, but the house speaker John Bercow said he would rule on Monday whether he would allow that.

Letwin said he hoped Johnson’s deal would succeed, but he wanted “an insurance policy which prevents the UK from crashing out on 31 October by mistake if something goes wrong during the passage of the implementing legislation”.

Three years after the country voted 52-48% to leave the European project, many Britons say they are bored with the whole Brexit argument and just want the process to end. But others demonstrating on Saturday remain angry that Britain is leaving the EU and want that reversed. Hannah Barton, 56, a cider maker from Derbyshire in central England, was draped in the EU flag. “We feel that we are voiceless. This is a national disaster waiting to happen and it is going to destroy the economy,” she said.

Jeremy Corbyn, leader of the main opposition Labour Party, backed a second referendum, saying “the people should have the final say”.

Brexit “Super Saturday” topped a frenetic week which saw Johnson confound his opponents by clinching a new Brexit deal with the EU.

When it comes to a vote in a divided parliament where he has no majority, Johnson must win the support of 320 lawmakers to pass his deal.

If he wins, he will go down in history as the leader who delivered a Brexit – for good or bad – that pulls the United Kingdom far out of the EU’s orbit.

Should he fail, Johnson will face the humiliation of Brexit unraveling after repeatedly promising that he would get it done – “do or die” – by Oct. 31.

Johnson’s predecessor Theresa May was forced to delay the departure date. Parliament rejected her deal three times, by margins of between 58 and 230 votes, earlier this year.

He says lawmakers face the option of either approving the deal or propelling the United Kingdom to a disorderly no-deal exit that could divide the West, hurt global growth and bring renewed violence to Northern Ireland.

To win, Johnson must persuade enough Brexit-supporting rebels in both his Conservative Party and the Labour Party to back his deal. His Northern Irish allies and the three main opposition parties oppose it. 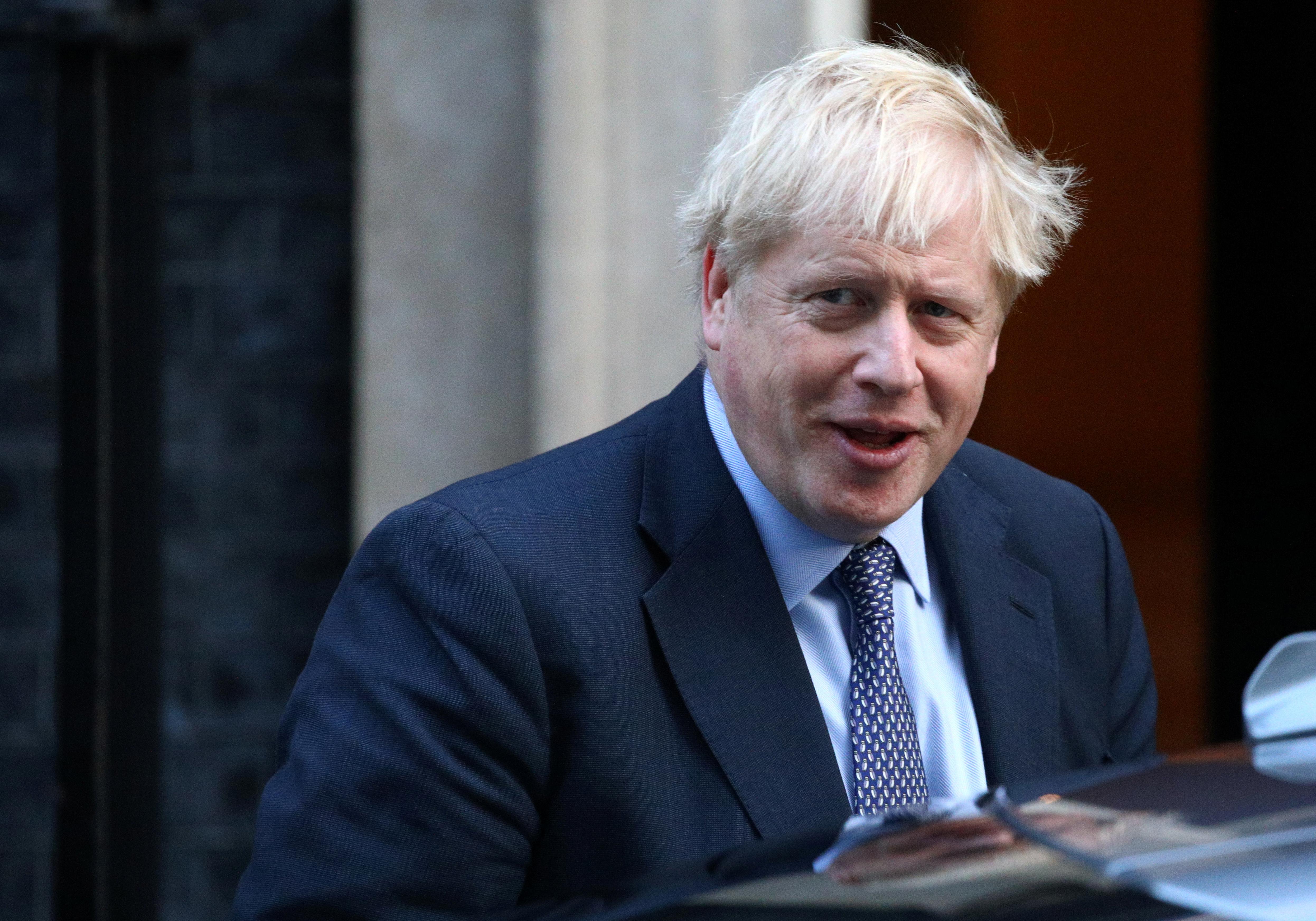 Some influential hardline Brexit supporters have said they will support the deal.