Hopeful visitors were presented with an error message saying the site's domain registration had expired. 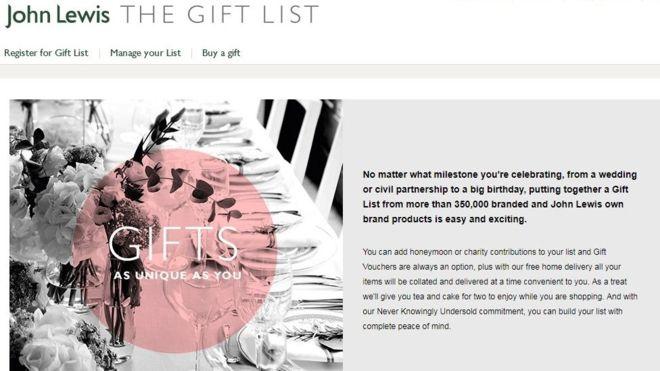 Some were even asked if they wanted to renew the lease themselves.

John Lewis has apologised and said there was an "issue" with renewing its domain.

Several customers had sent the high street retailer a message on Twitter seeking an explanation, and had been told that users needed to phone staff while the matter was sorted out.

Bride-to-be Clare Briscoe told the BBC: "Our wedding is on 19 May, and despite only having a week to go a lot of our friends had yet to visit [the site]. 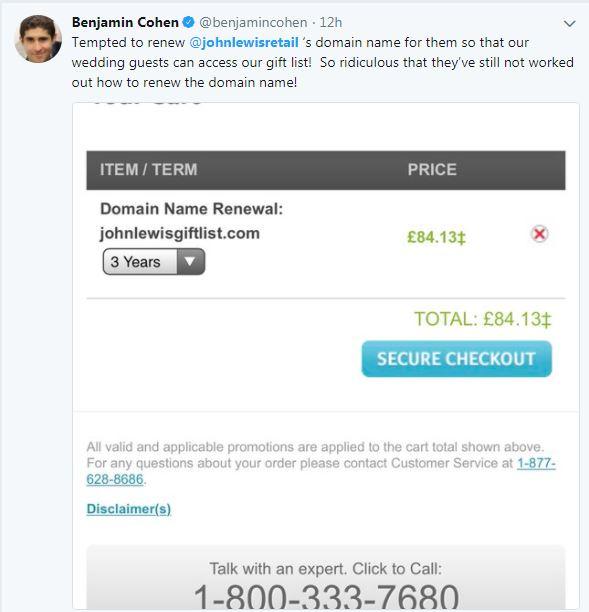 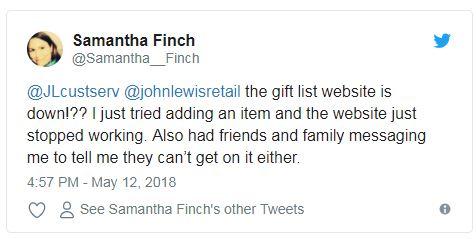 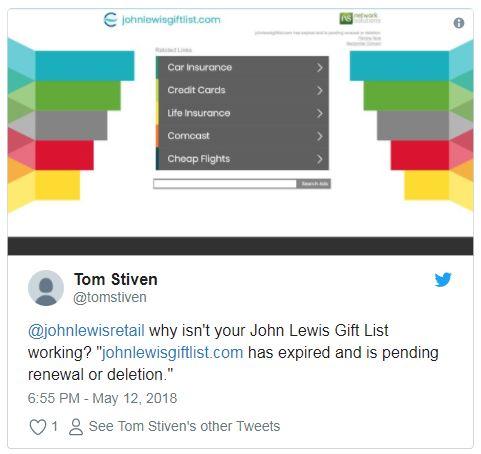 "The lack of information from John Lewis was concerning – I had to join Twitter to try to get more information.

"I had a lot of other bits of admin to get done rather than [having to] reassure guests that it would 'probably' be fine.

"I'm happy it seems to be sorted now, but not renewing a domain registration is fairly embarrassing."

The WhoIs database indicates that johnlewisgiftlist.com's domain registration expired last Thursday, but was subsequently renewed on Sunday to run until 2021.

"There was an issue renewing the domain name which has been fixed and most customers can once again access the site – though it may take a few more hours for some internet providers to update."

The Sun Online has also contacted the company for comment.