His novels are full of subterfuge and intrigue.

But far from being confined to the pages of his books, it seems spycraft was essential to John Le Carré as he pursued his private passions.

The late author led a double life that involved having energetic adulterous sex up to four times a day, his self-proclaimed lover has said.

According to the alleged mistress, who has not revealed her true identity, Le Carré used spook techniques straight out of his books – and his years in MI5 and MI6 – to keep their affair secret from his long-suffering wife. 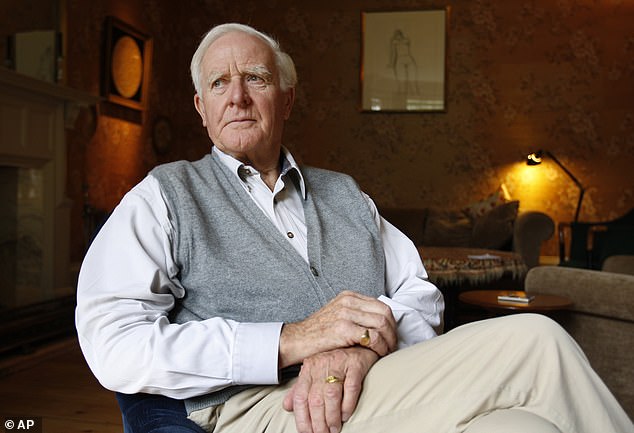 Far from being confined to the pages of his books, it seems spycraft was essential to John Le Carré as he pursued his private passions

The woman – who calls herself Suleika Dawson and is believed to be 25 years younger than the author – discusses their alleged sexual assignations in London, Lesbos, Elba and Zurich in lurid detail in a forthcoming book.

Le Carré, whose real name was David Cornwell and whose books included Tinker Tailor Soldier Spy, The Spy Who Came In From The Cold and The Night Manager – died of pneumonia aged 89 two years ago.

Miss Dawson, who posed for a photo in The Times yesterday while keeping her real name secret, told the newspaper their affair began when she met him after she was hired to abridge his spy novel Smiley’s People for an audiobook, for which he read.

Then 50, he lunged at her and kissed her uninvited in Piccadilly Circus, she claimed. 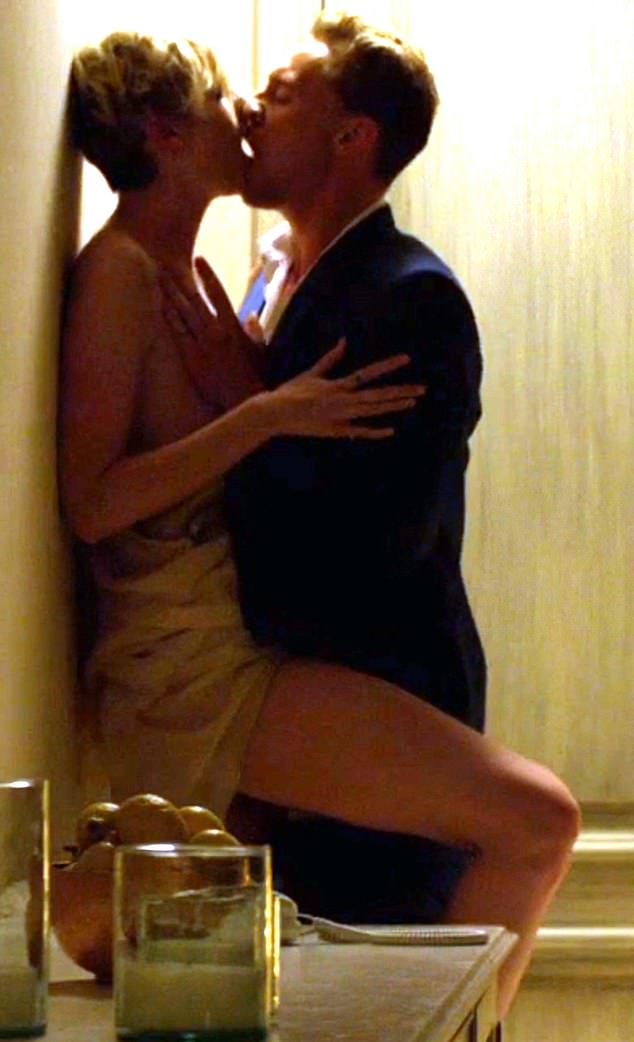 Le Carré, whose real name was David Cornwell, wrote The Night Manager, which was adapted for TV. Pictured: Tom Hiddleston and Elizabeth Debicki in a steamy scene from the BBC adaptation

When the journalist noted this would today count as sexual harassment, Miss Dawson said: ‘Oh, he’d be up there with [disgraced Hollywood mogul] Harvey Weinstein, I’m sure.

‘I mean, no, he wouldn’t be up there with Harvey Weinstein, but he would have been pilloried in the #MeToo movement, let’s put it that way. It must be very boring being young today.’

She told the newspaper their first bedroom encounter came the following year after he got his wife Jane to phone asking her to adapt his novel The Little Drummer Girl for audio, simply so he would have an excuse for her number appearing on bills. 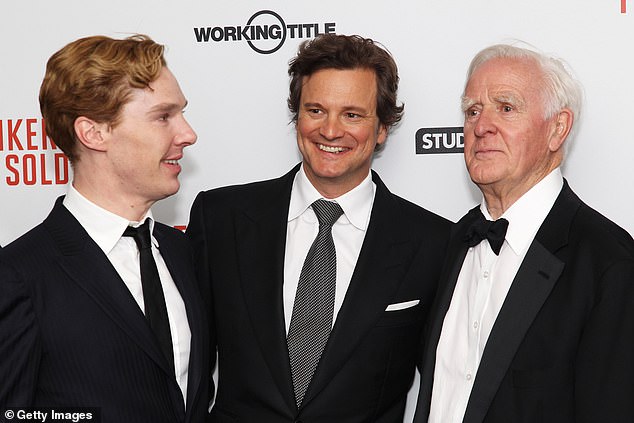 When the affair started after a lavish restaurant meal, it was with ‘sex that only the hero and heroine can have – sex for the cameras, sex for the gods’.

Miss Dawson claimed she used ice cubes on his intimate parts in love play, saying his ‘powers of recovery’ were ‘prodigious’ even when he was past retirement age, enabling them to have sex ‘three or four’ times a day.

She added with a smile: ‘He was absolutely legendary.’

During a second and final phase of the affair, as the writer neared 70, the pair would still enjoy ‘five hours of extraordinarily intense sex’, it is claimed.

Le Carré was married twice, first to Alison Sharp, until an affair with Jane Cornwell at his publisher Hodder and Stoughton led to him marrying her in 1972.

He and Jane lived together in Hampstead, north London, and Cornwall until his death in 2020. Jane died early last year.

Le Carré and Miss Dawson first met in 1982 and their affair raged first for two years from the following summer, she claims in her book The Secret Heart, due out in a fortnight. 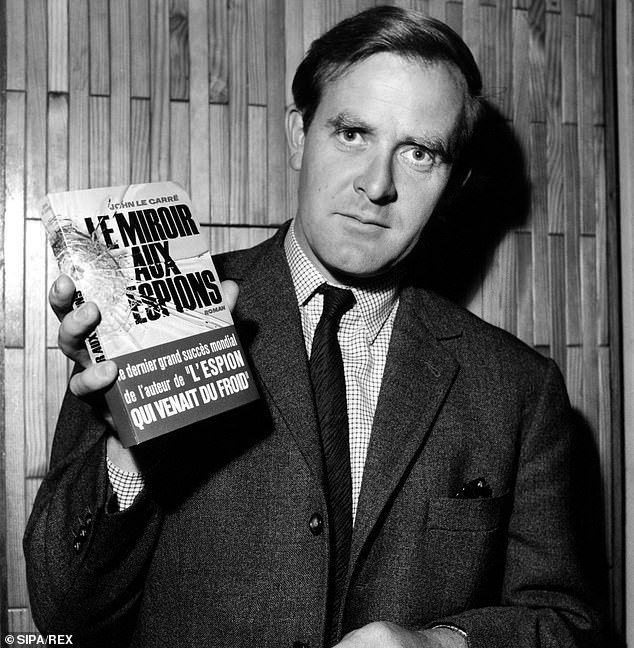 Le Carré was married twice, first to Alison Sharp, until an affair with Jane Cornwell at his publisher Hodder and Stoughton led to him marrying her in 1972

He lavished her with gifts of jewels, flowers, chocolates, caviar and champagne, but sex was central.

Miss Dawson claimed he continually behaved as if they were at risk of discovery. While in Lesbos together, he asked for directions to the beach – and after pretending to head there, walked in the opposite direction.

Their romantic weekends were initially paid for out of a ‘reptile fund’ – as used by spies – with untraceable money. Le Carré also falsely wrote her address as being in NW3 in his contacts book, when it was actually SW3. ‘The deception and the hiding and the covering, the going for cover and living undercover, were an essential part of it,’ said Miss Dawson.

She claimed she ended their first affair after his gift of a bedroom mirror left her feeling like a ‘looking-glass whore’. 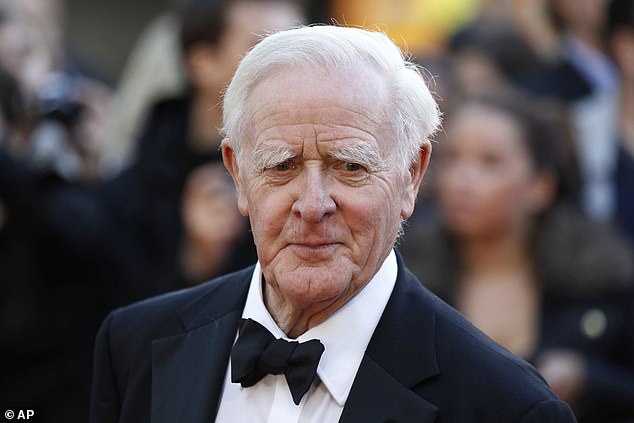 The second phase of their affair was for another six months in 1999 after she attended a lecture he was giving. He spotted her in the crowd and their intense romps restarted, she said.

It ended abruptly after Le Carré tried to get her to book a dirty weekend on Elba herself and sent cash, she claimed. She said it left her feeling paid for sex.

Miss Dawson admits to many other affairs but claimed to have been ‘the love of his life’.

Le Carré’s surviving family have said of the new book only that they wish its author ‘all the best’.