Jogger, 27, was killed by police car as she crossed the road: Cop responding to 999 call struck pedestrian at 62mph in 40 zone as he headed to car crash

A jogger crossing the road was killed by a police car responding to a 999 call as it struck her at 62mph in a 40 zone, an inquest has ruled.

Supermarket manager Kimberly Cameron, 27, died after a cop hit her while on his way to an emergency where two children were trapped in a car on fire.

Witnesses saw her cross the road while the lights were green but she did not notice police vehicle traveling on the wrong side of the road at some speed as it crossed the junction, slamming into her and launching her into the air.

Ms Cameron, from Aylesbury, was declared dead at the scene on the A41 Bicester Road on April 6 last year by Thames Valley Air Ambulance paramedics.

The Thames Valley Police (TVP) car was driven – with its sirens on – by PC Philip Duthie with PC Matthew Watson in the passenger seat.

But The Independent Officer for Police Conduct (IOPC) cleared PC Duthie of wrongdoing despite a formal complaint about his driving submitted by Ms Cameron’s father.

Her parents blasted the ‘incompetent’ police watchdog’s investigation into the crash after they deemed it a ‘tragic accident’.

A post-mortem examination gave the cause of her death as multiple injuries.

The inquest jury came to the conclusion that she was killed in the incident after a three-day hearing ended at Beaconsfield Coroner’s Court on Friday, October 21. 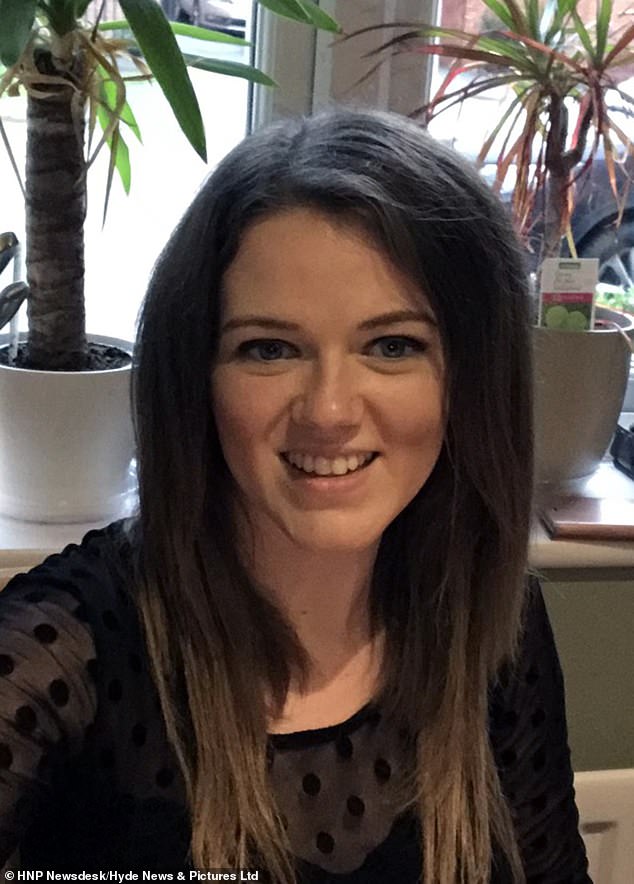 Supermarket manager Kimberley Cameron, 27, died after being hit by a police car responding to an emergency in Buckinghamshire, a coroner has ruled

The jury’s conclusion stated: ‘Kimberley died on April 16, 2021 at 6.21pm on the A41, Aylesbury. Whilst using the pegasus crossing during slow-moving/stationary traffic Kimberley was struck by a fast-moving police vehicle responding to an emergency call.

‘The A41 (a three-laned carriageway) had a high volume of traffic travelling westbound caused by an RTC further along the road. The police car was travelling under emergency conditions with lights and sirens activated.

‘The police car was travelling on the opposite carriageway when approaching the green-lighted (for road traffic) Pegasus crossing. Kimberley approached the crossing from the adjacent fields, pausing for a few seconds before deciding to cross.

‘Visibility between Kimberley and the police car in the seconds before the collision was impeded by a white van and a freelander in the slow moving/stationary traffic.’

IOPC Regional Director Graham Beesley said: ‘Our thoughts are with Kimberley’s family, friends and all those affected by this incident. All our evidence suggests that Kimberley’s death was a tragic accident.

‘Our investigation was independent of the police and aimed to understand events leading up to the collision. We found the officer who was driving acted appropriately and in line with the Thames Valley Police Driver Policy. 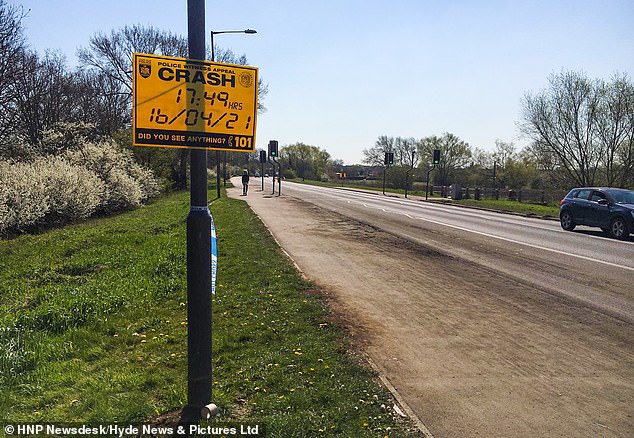 The coroner ruled that Ms Cameron died after a cop hit her while on his way to reach two children trapped in a crashed car on fire. Pictured: Scene of accident 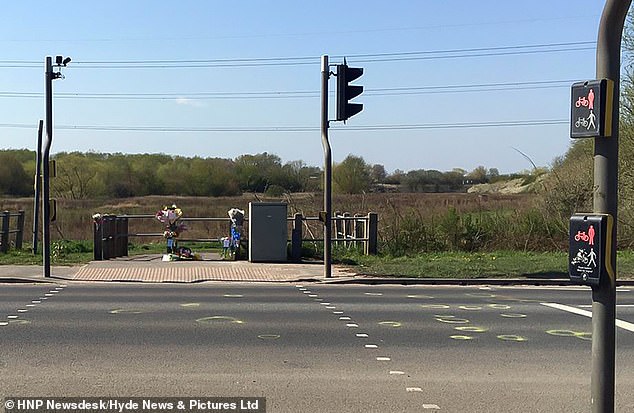 Witnesses saw Ms Cameron cross the road while the lights were green but she did not notice police vehicle traveling on the wrong side of the road at around 60mph as it crossed the junction, slamming into her and launching her into the air

‘The evidence we gathered was provided to the coroner to assist with the inquest proceedings, which we hope has helped answer some of Kimberley’s family’s questions about that day.’ An IOPC spokesperson said that the investigation concluded that even if the officer had been driving at the speed limit, it would have been unlikely he could have avoided hitting her.

An IOPC spokesperson said: ‘Our investigation, which concluded in February 2022, found the police constable was responding to a report of a car crash on the A41 in Waddesdon, where two children were trapped in a car which was on fire. The call was assigned grade 1, which meant an immediate response – within 15 minutes – was required.

‘The officer, who was driving a marked police vehicle, encountered slow-moving traffic, so moved into the oncoming lane where there was little to no traffic. His vehicle was travelling at approximately 62mph in a 40mph zone with its lights and sirens on when it struck Ms Cameron as she crossed between two stationary cars on a pedestrian crossing when the lights were at green for traffic. 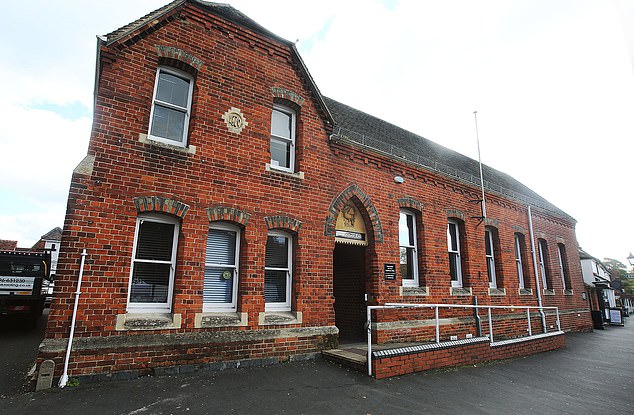 The inquest jury came to the conclusion that she was killed in the incident after a three-day hearing ended at Beaconsfield Coroner’s Court (pictured) on Friday, October 21.

‘It is believed she may have been wearing her noise-cancelling earbuds as they were found near her. We concluded that even if the officer had been driving at or below the speed limit, it is likely he would not have been able to brake in time to avoid hitting Ms Cameron.

‘In June 2021, Kimberley’s father submitted a formal complaint to the IOPC about the manner of police driving, specifically the speed and hazard perception. We concluded the service provided by the police was acceptable.’

Investigators gathered and analysed audio-visual evidence, including dashcams and body-worn video footage. In addition, witness statements were taken from police officers, medical staff and civilians at the scene.

A forensic collision investigator from an outside force was appointed to examine the technical evidence and data.

Local and national policies and procedures were analysed alongside legislation to determine whether the manner of driving was compliant.