The former US Vice President is battling Donald Trump in the country’s election campaign, with the Democrat boasting a 14-point lead according to an NBC poll. But to get into this position, Mr Biden was first tasked with seeing off left wing candidate Bernie Sanders in the Democratic Party’s race for the nomination. He used the Labour Party’s crushing defeat in December’s election to warn his party allies against backing Mr Sanders. Mr Bidens said: “Look what happens when the Labour Party moves so, so far to the left.

“It comes up with ideas that are not able to be contained within a rational basis quickly.”

Mr Biden made the claim at a fundraiser in San Francisco hours after the British results came in.

His opponent Mr Sanders had close ties with Mr Corbyn.

In June 2017, when Mr Corbyn had just impressed by reducing the Government’s majority in the election, Mr Sanders branded the then Labour leader as “courageous”. 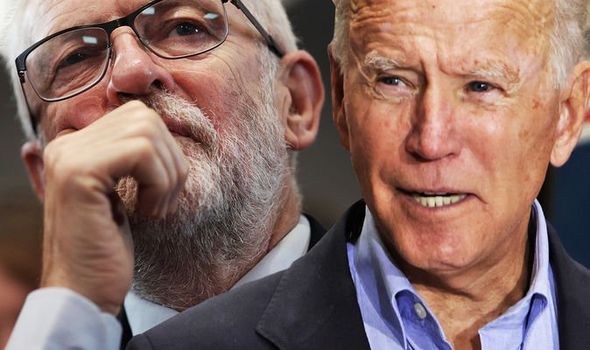 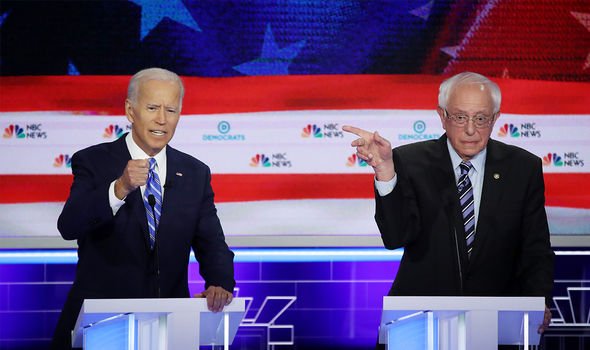 The US Senator said: “What Mr Corbyn has tried to do with the Labour Party is not dissimilar to what some of us are trying to do with the Democratic Party, and that is to make it a party that is much more open and inviting for working people and young people and not have a liberal elite making the decisions from the top down.

“I think what Mr Corbyn is doing is trying to revitalise democracy, bring a lot of new people into the political process and I think that’s an excellent idea.

“That’s what we need in countries all over the world and certainly what we are trying to do in the United States.”

Commentator, James Carville, also raised criticisms of Mr Sanders that resembled those aimed at Mr Corbyn from within his own party. 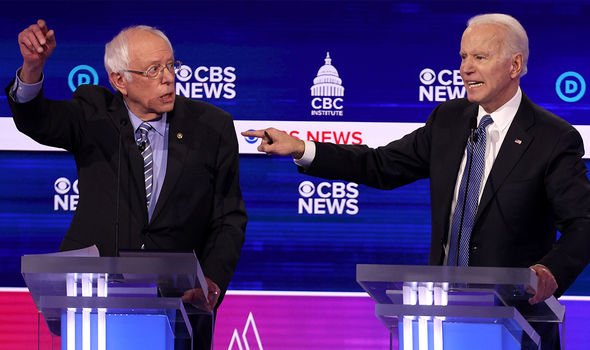 Linked to the Democratic Party, Mr Carville claimed there was a tendency with left-wing candidates to form a “cult”.

He warned if the Democrats chose Mr Sanders they would receive a similar electoral defeat to the one suffered by the Labour Party.

He told MSNBC: “There’s a certain part of the Democratic Party that wants us to be a cult. I’m not interested in being in a cult. 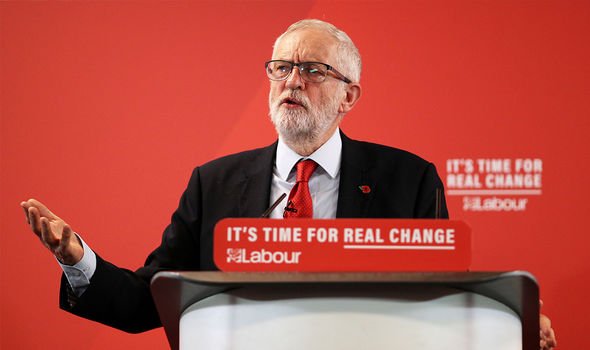 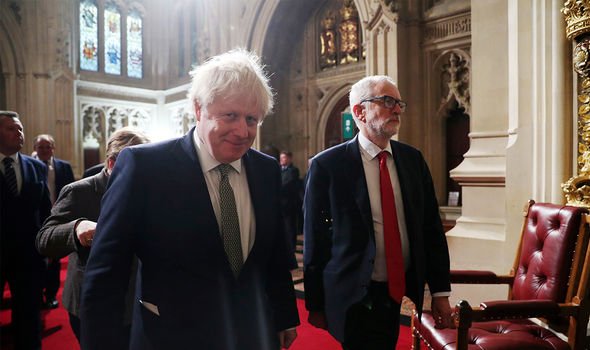 “Some people in this country want a revolution. They want disruption. They scream at people and bully people.

“The only thing, the only thing between the United States and the abyss is the Democratic Party.

“If we go the way of the British Labour Party, if we nominate Jeremy Corbyn, it’s going to be the end of days.”