His lifelong pal, Joe Biden, wiped away tears as he called him "a brother" before the late senator's flag-draped casket was carried to the tune of Frank Sinatra’s, My Way. “I always thought of John as a brother. We had a hell of a lot of family fights.”

Biden, 76, ended by paraphrasing Shakespeare: “We shall not see his like again.” 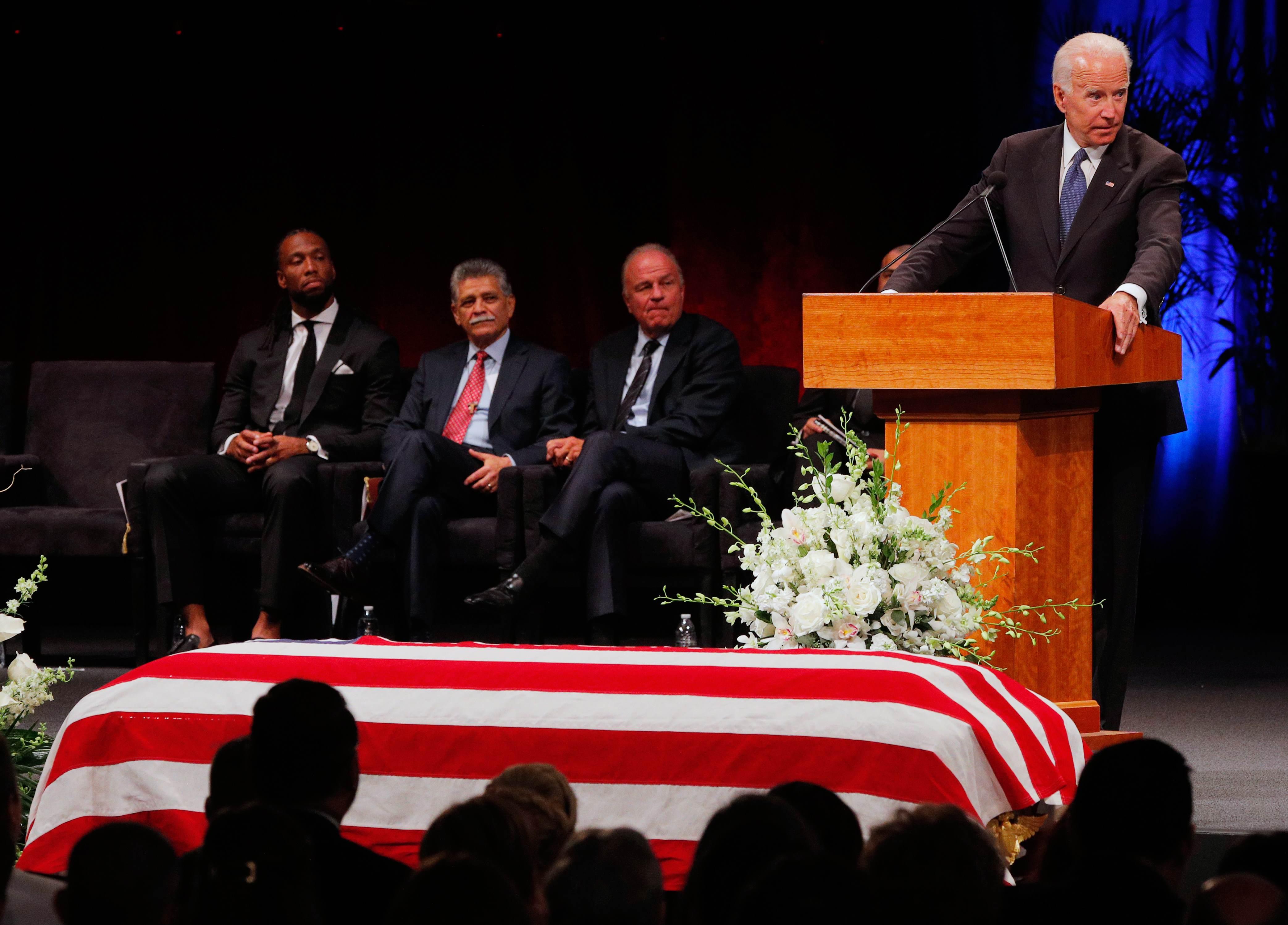 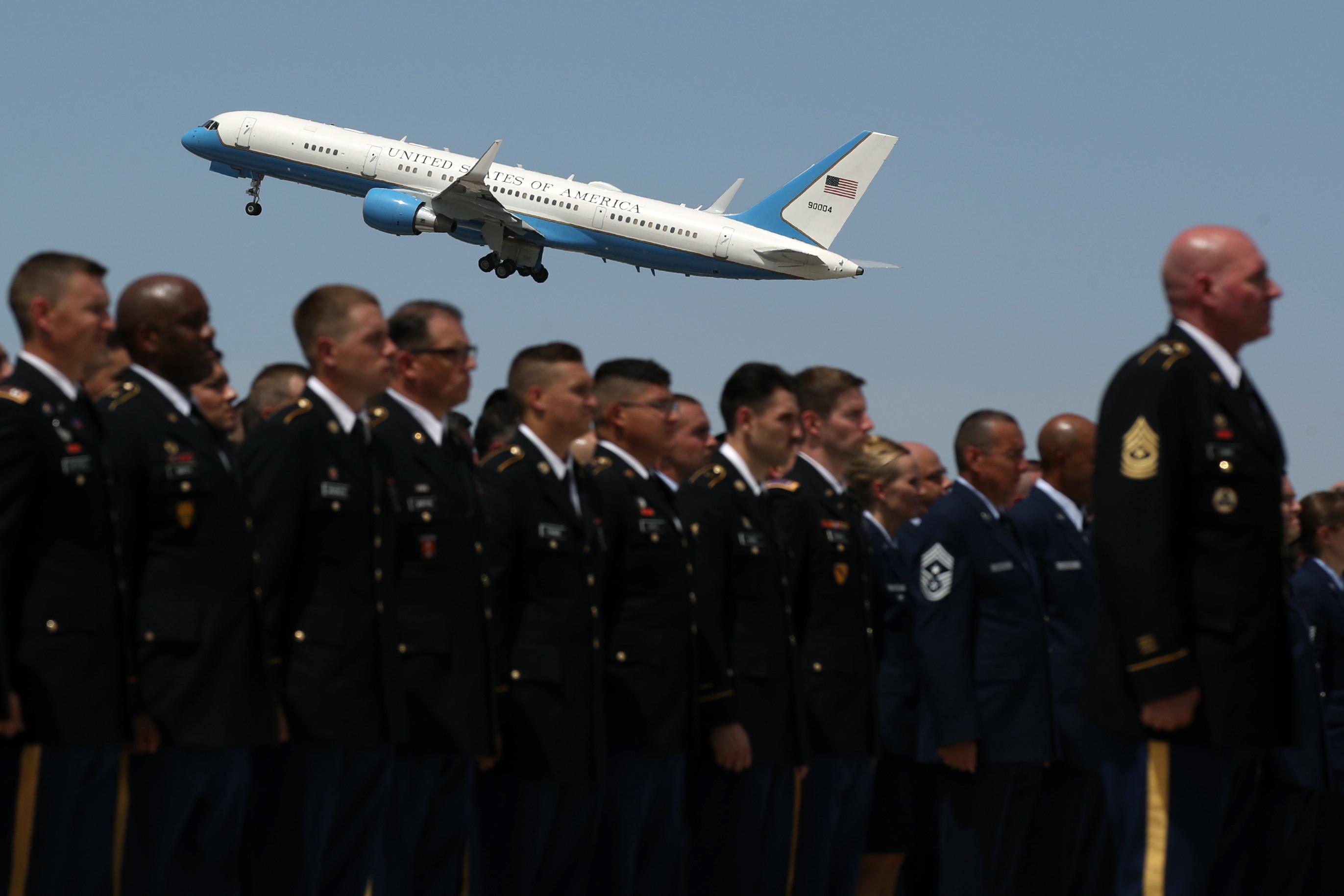 “Many people might wonder what a young, African-American kid from Minnesota and a highly decorated Vietnam War hero-turned-United States-senator might have in common,” said Fitzgerald.

“He lived with physical limitations brought on by war.

"I’m a professional athlete. He ran for president. I run out of bounds.

"He was the epitome of toughness, and I do everything I can to avoid contact,” continued Fitzgerald. 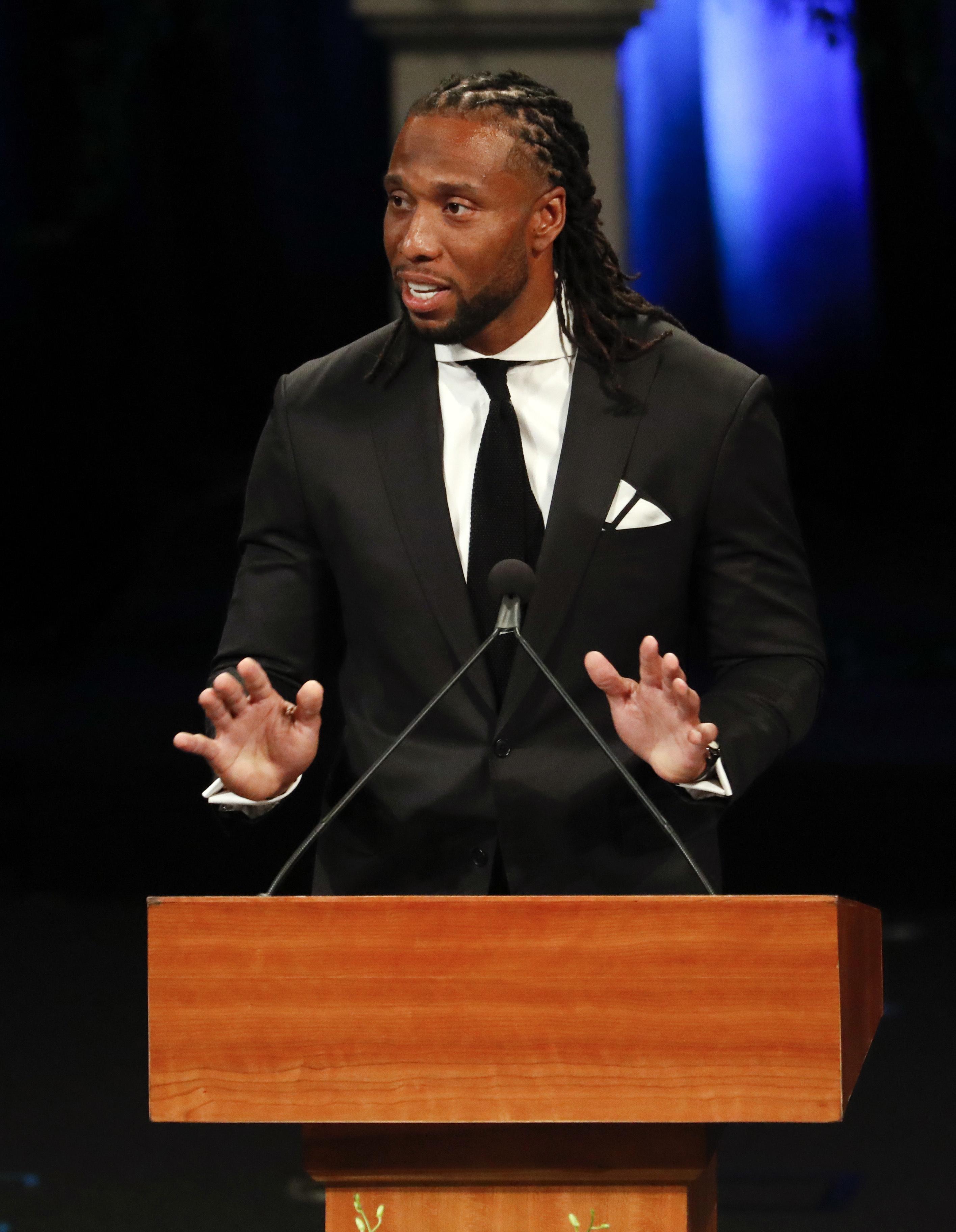 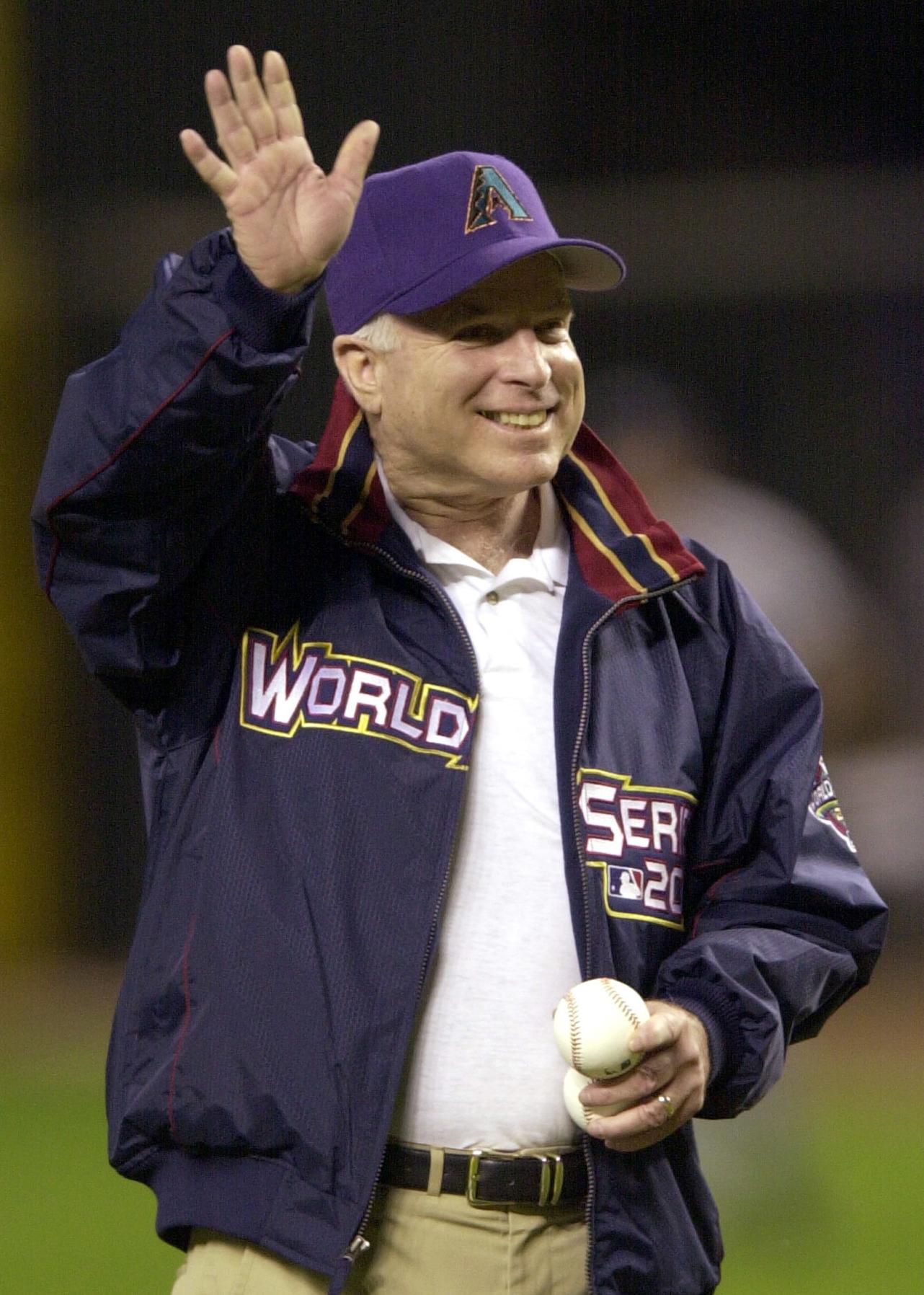 He added: “But you know what the answer is. That’s just who he is.”

Thursday’s service began after a motorcade bearing the body of the former Navy pilot and two-time presidential candidate made its way from the state Capitol past Arizonans waving flags and campaign-style McCain signs.

At the church, mourners heard Amazing Grace sung by a choir from Brophy College Preparatory, a boys school in Phoenix that two of McCain’s sons attended.

Grant Woods, McCain’s chief of staff when McCain was a congressmen, drew laughs in his own eulogy for his longtime friend.

Sinatra’s “My Way” paid tribute to the politician renowned as a maverick for following his principles.

Later Thursday, a military aircraft flew McCain’s body to DC for a lying-in-state at the Capitol Friday, a service at the Washington National Cathedral Saturday, and burial at the Naval Academy in Annapolis, Md., on Sunday.

A version of this story originally appeared on the NY Post.