JEREMY Corbyn yesterday opened the door to a second Scottish independence referendum to win SNP support to put him in power.

The hard-left Labour leader would only rule out a new poll immediately, but not in a few years time.

Scotland's First Minister Nicola Sturgeon yesterday insisted a new independence vote is her red line for any post-election deal if Labour is the biggest party but falls short of a majority.

Quizzed on whether he would agree to that, Mr Corbyn would only say: “We would not countenance it in the early days or the early years of a Labour government”.

Opening the SNP’s annual conference in Aberdeen, Ms Sturgeon insisted: “I say this to Jeremy Corbyn: if you don’t accept Scotland’s right to choose our own future at the time of our own choosing, don’t even bother to pick up the phone to me”.

Ms Sturgeon also yesterday appeared to concede a hard border with England is possible if Scotland votes for independence.

The SNP leader came under fire from pro-union rivals after suggesting it would be Westminster’s fault if checks were needed.

Ms Sturgeon’s party argued in 2014 that warnings of border controls were “scaremongering”.

But she appeared to admit controls were a possibility in a TV interview with the BBC’s Andrew Marr. 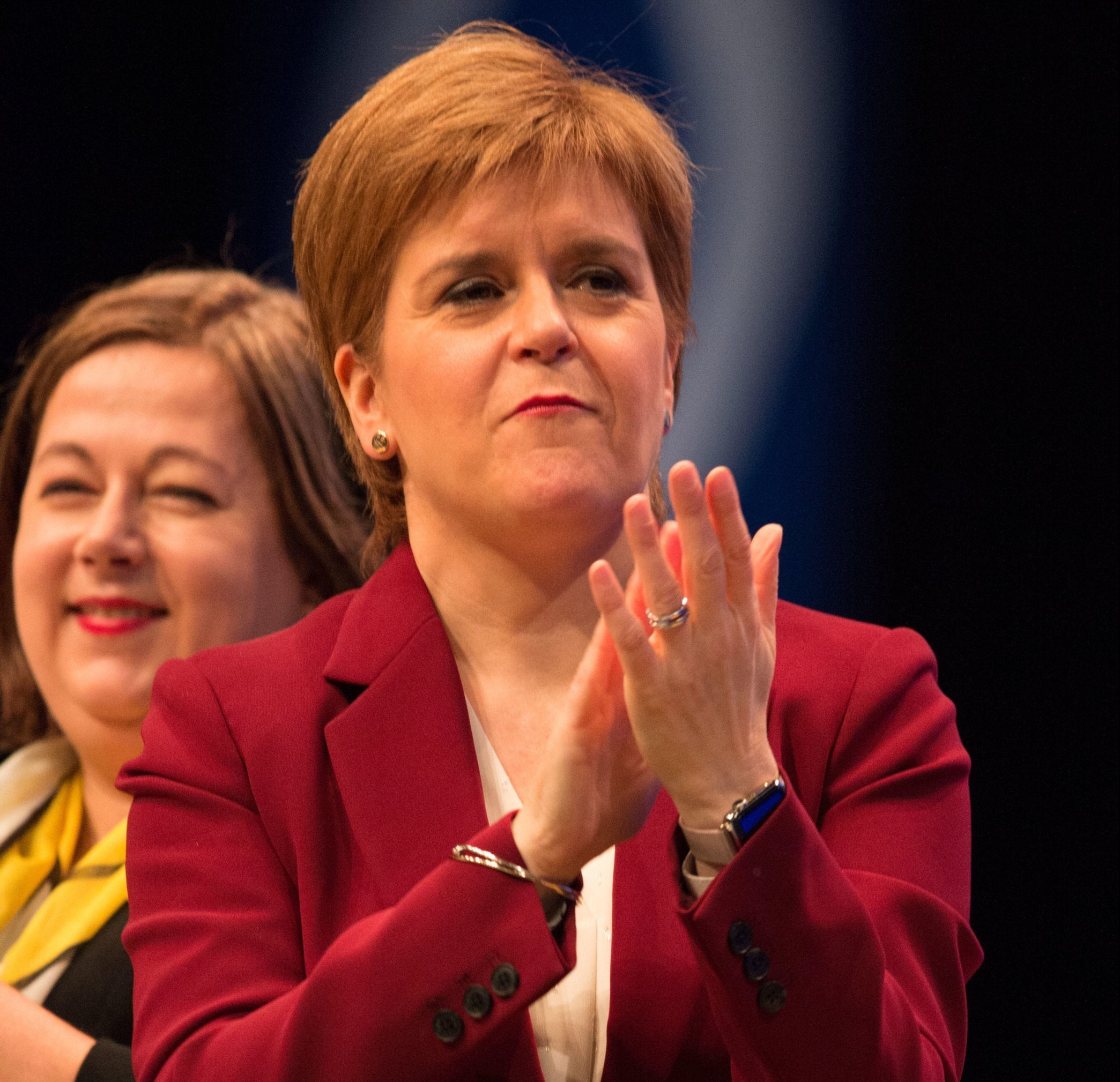 The Beeb man put it to Ms Sturgeon it was “obvious” a border would be needed if Boris Johnson’s Government diverges from EU rules – but an indy Scotland doesn’t.

Ms Sturgeon insisted she didn’t “want” checks on the 96-mile frontier, but pointedly did not rule it out.

She said: “We need to see how things play out and what the final relationship between the UK and the EU will be.

“I am not of the view that … what Boris Johnson wants is an inevitability, and I will continue to argue against that.

“As that picture clarifies, I will be honest with the people of Scotland.

“But that opens a situation where Scotland’s best interests depend on being independent and in charge of our own future.

“And I don’t want borders – it is not my policies that are putting borders anywhere.”

“Up until now the nationalists have refused to accept this as even a possibility but they are can see they are fooling no one.

“Sturgeon must now continue to be ‘honest’ and admit that separation from the UK would lead to extreme austerity, hard borders with England and damage to public services.”

Scottish Lib Dem leader Willie Rennie said: “The mask has slipped. For Nicola Sturgeon any price is worth paying to break up the United Kingdom, even dividing friends and family with a hard border.

“The SNP should learn the lessons of Brexit, we need close ties with our neighbours not new barriers.”