JEREMY Corbyn was confronted by a business boss over Labour’s anti-semitism scandal who accused the party of being “for the many, not the Jew”.

Mr Corbyn suffered the scathing put down as he told the CBI “I’ve spent my life opposing racism in any form whatsoever.” 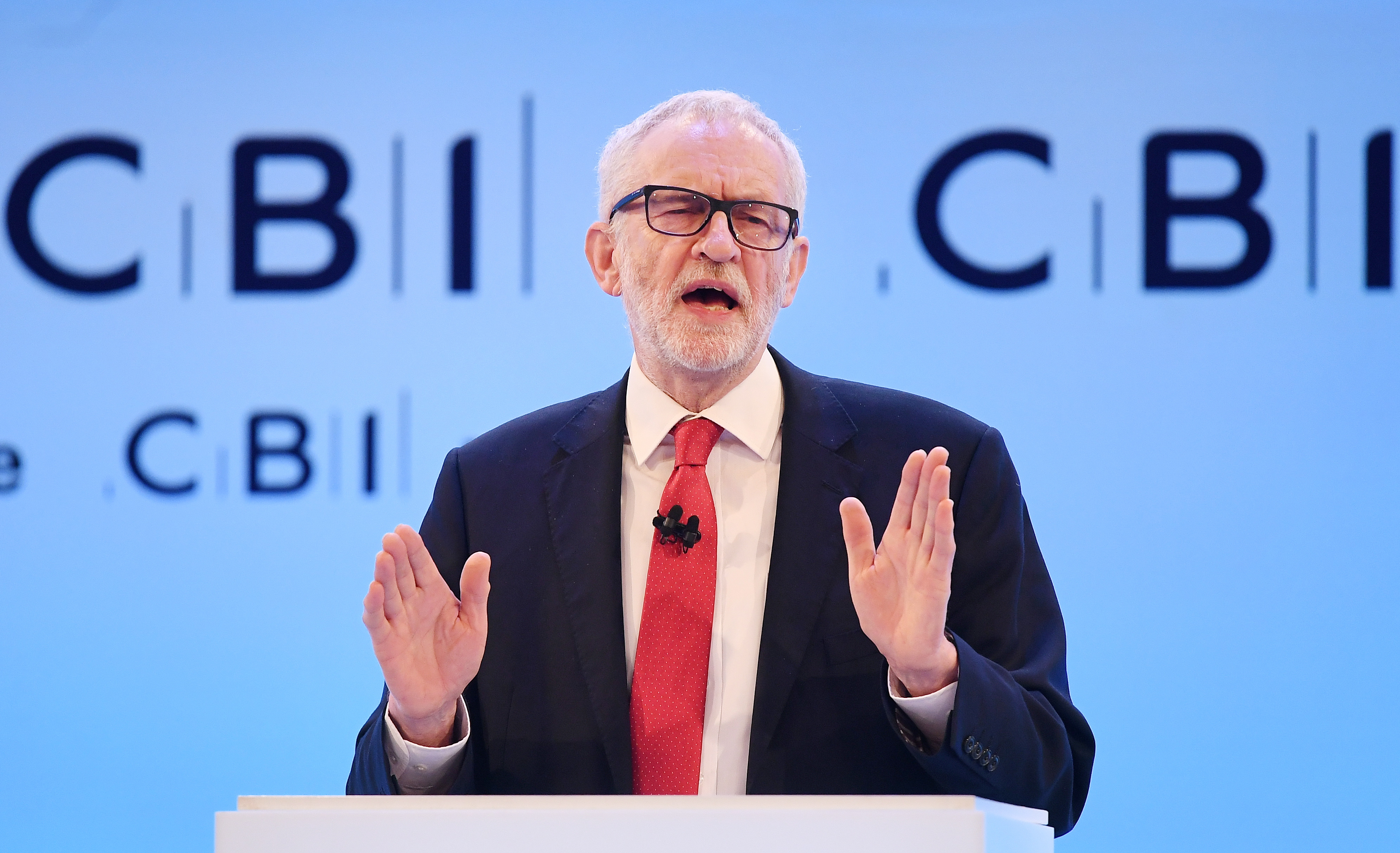 'FOR THE MANY, NOT THE JEW'

The Labour leader was asked by an audience member: "What are you going to do to disprove claims that Labour is 'for the many, not the Jew', and to show that you care about antisemitism and racism?"

He replied that racism in form was a "poison and a scourge".

Mr Corbyn's leadership has been dogged by allegations of anti-Semitism in the party – with MPs quitting in protest and a criminal investigation into hate-crime launched.

But he told the CBI in Greenwich, that claims he was “anti-business” were “nonsense” and said a Labour government would bring "more investment" to businesses than they have "ever dreamt of".

It's not anti-business to say that the largest corporations should pay their taxes just as smaller companies do.

"And it's not anti-business to want prosperity in every part of our country – not only in the financial centres of the City of London.

"I say this to business too: if a Labour government is elected on December 12, you're going to see more investment than you've ever dreamt of.

"You're going to have the best educated workforce you could ever have hoped for, and you're going to get the world-leading infrastructure, including full fibre broadband you've long, long demanded, year after year at these conferences."

It’s time to see Labour open the door to real and lasting partnership with business, not stick with outdated ideologies that would close it in their face.

Mr Corbyn was also grilled on what FTSE-100 company he thinks is a force for good – but dodged the question, instead saying that most give to social enterprises.

CBI chief Dame Carolyn Fairbairn told Mr Corbyn to welcome business as a “provider of opportunity, not falsely portrayed as the root cause of inequality”.

She said: “It’s time to see Labour open the door to real and lasting partnership with business, not stick with outdated ideologies that would close it in their face”.

Yesterday business chiefs warned his radical election agenda would “crack the foundations of our economy”.

The withering assessment came as Labour is planning to announce a windfall tax on the profits of oil companies, which risks spiking petrol and diesel prices for motorists.

Party chiefs did not deny reports the move will form part of Labour’s hard-left manifesto when it is unveiled on Thursday.

Dame Carolyn warned that Labour’s Marxist plans for mass nationalisation would “freeze investment” in the UK.

She told Sky News’ Ridge on Sunday show that Labour’s pledge to nationalise BT and introduce free broadband were a “bolt from the blue” and said it had sent a shiver down the spine of the business community as a whole as companies across different sectors were bracing themselves to face nationalisation too.

She revealed: “I have talked to businesses who are already sitting there thinking 'maybe we're next'.”

Dame Carolyn, speaking ahead of Mr Corbyn’s speech to her organisation at the CBI’s annual conference, pleaded with him to “work out different answers” to the country’s problems. She blasted: “This programme that is appearing to value none of the contribution that business makes will simply shut investment out of our country."

But in a chilling remark on Sunday Mr Corbyn stubbornly claimed his nationalisation agenda was “very, very modest”.

And his close ally and Labour’s biggest union backer ‘Red Len’ McCluskey – a major player in deciding the party’s manifesto – refused to rule out Thursday’s publication of its manifesto going even further.

In another threat to business the Unite union chief told BBC Radio 5 Live that the value of private assets seized through Labour’s mass nationalisation project will be decided by Parliament and not market forces.

Mr McCluskey also said student debt would be “lifted off our youth” – but it was unclear whether he meant that would also apply to money owed by graduates.

Laying bare the threat Labour poses to businesses in the UK, Dame Carolyn told Sky News: “We really understand the questions that Labour are asking.

"But we look at the policies on the table and we have real concerns that they are going to crack the foundations of our economy." 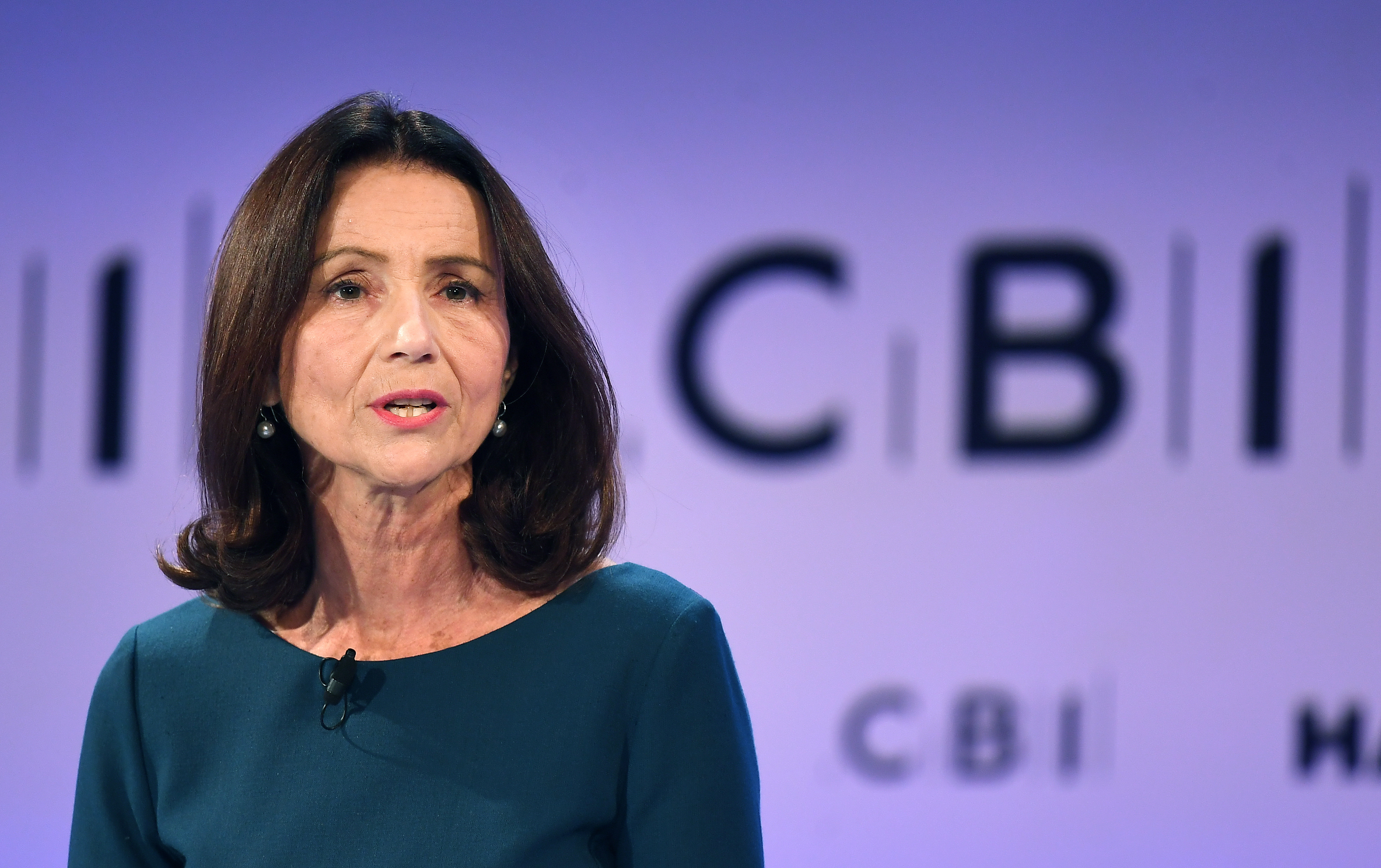