‘It’s wishful thinking… probably by yourself’: Bad-tempered Jeremy Corbyn clashes with BBC’s Andrew Marr as he DENIES he is about to quit amid meltdown among aides and backlash over muddled Brexit stance

Jeremy Corbyn was embroiled in bad-tempered clashes with the BBC’s Andrew Marr today as he denied he is on the verge of quitting.

The Labour leader swiped that Marr was one of the people ‘wishing’ to get rid of him – and at one point demanded: ‘What are you trying to say?’

He also admitted that there are raging tensions among his close team, after one key aide quit condemning a ‘blizzard of lies’ and ‘class war’ in Mr Corbyn’s office.

The extraordinary exchanges came amid claims Mr Corbyn’s allies have begun triggering succession plans after deciding they are ‘past the high-water mark of Corbynism’.

Meanwhile, the veteran left-winger is facing a stormy Labour conference in Brighton as activists rail at his muddled stance on Brexit.

A poll has found the Tories have opened up a 15-point lead over Labour, and two-thirds of the public disapprove of his EU policy.

But Mr Corbyn dismissed claims he will stand down soon, telling Marr: ‘That is wishful thinking by some people – probably yourself.’

He insisted he will serve a full term as PM if Labour wins a general election, but said: ‘I am very surprised at the question actually.’

Marr hit back that who was PM was a matter of great concern to the public.

Mr Corbyn also shrugged off the row over Andrew Fisher’s bombshell departure, which saw him send a memo swiping at colleagues including public-school educated Seumas Milne.

He said Mr Fisher had been ‘distressed’ about an internal argument and suspected similar memos were ‘flying around the BBC’ all the time, adding: ‘Maybe, Andrew, even in your team.’ 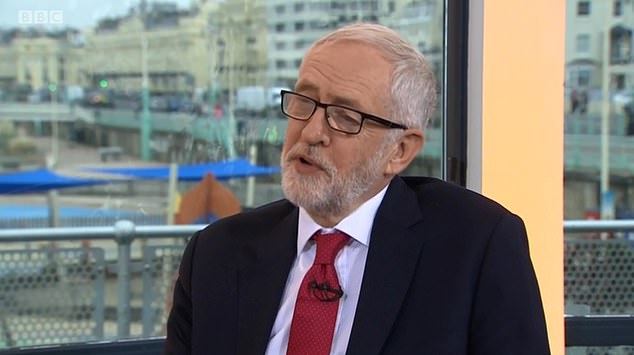 Jeremy Corbyn swiped that Marr was one of the people ‘wishing’ to get red of him – and at one point demanded: ‘What are you trying to say?’ 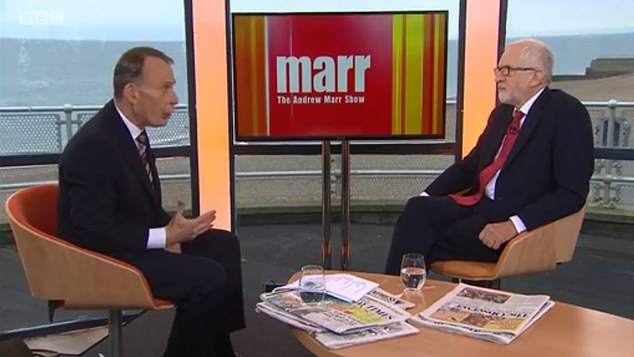 Mr Corbyn insisted he will serve a full term as PM if Labour wins a general election, but said: ‘I am very surprised at the question actually.’ 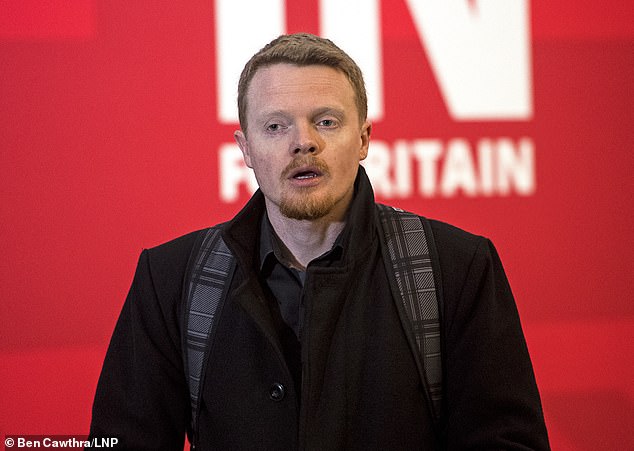 Andrew Fisher (pictured), head of policy and the author of the party’s last manifesto, is said to have walked out last Saturday

Andrew Fisher, head of policy and the author of the party’s last manifesto, delivered a scathing assessment of the ‘blizzard of lies and excuses’ emanating from Mr Corbyn’s office, and claimed it was in the grip of a ‘class war’.

In a memo seen by The Sunday Times and sent last week, Mr Fisher denounced Mr Corbyn’s team for their ‘lack of professionalism, competence and human decency.’

His resignation is a significant blow to 70-year-old Mr Corbyn, who, it is claimed, may also stand down because he feels under ‘incredible pressure’.

A Labour source said: ‘We don’t comment on staffing matters.’

Mr Fisher is expected to stay on until the end of the year, and has reportedly played down the spat with Mr Corbyn’s office in a message to colleagues – saying he wanted to prioritise his family after four years of ‘long hours and stress’.

It came as Jeremy Corbyn has said he would like to see two deputy leaders of the Labour Party – hours after a bid to scrap the elected position was abandoned.

The Labour leader said one of the deputies should be a woman to reflect the ‘diversity within our society’.

It came after Tom Watson, who has repeatedly clashed with Mr Corbyn, claimed the civil war at the top of the party had undermined efforts to present itself as an alternative government.

A dramatic attempt to oust Mr Watson by scrapping his elected position had seemingly been sanctioned by Mr Corbyn.

But amid an outcry the leader abandoned the attempt and instead tabled a fudge proposal that would review the deputy leader job.

Mr Corbyn told the Sunday Mirror: ‘I told the national executive we need to review how the deputy leadership works and have an election process for two deputy leaders in the future which reflects diversity within our society so one would be a woman.

‘It was agreed overwhelmingly.’

He added: ‘Tom is the elected deputy leader of the party and so has an important role to play.

‘I work with him and he’s done very well on media reform, online gambling and exposing the way sugar has a deleterious affect on our lives.’ 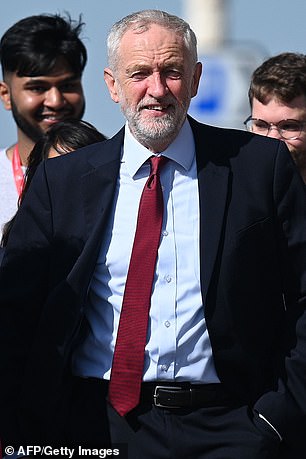 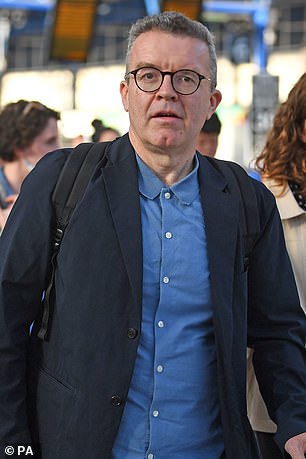 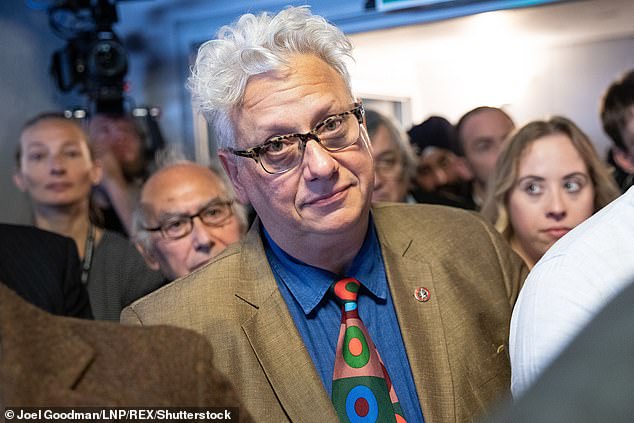 The plot to scrap Mr Watson’s position was spearheaded by Jon Lansman (pictured last year), the boss of the Corbyn-supporting Momentum group

The plot to scrap Mr Watson’s position was spearheaded by Jon Lansman, the boss of the Corbyn-supporting Momentum group.

The move has been described by allies of Mr Corbyn as means by which to secure the hard-Left’s grip over the party’s leadership. And it is reportedly thought by some Corbyn allies that another leader would have a better chance of securing Tory support to prevent a No Deal Brexit.

One senior shadow cabinet minister told The Sunday Telegraph that Lansman’s actions, on behalf of Momentum, were an attempt to ‘secure the succession’ on the basis that ‘we have passed the high-water mark of Corbynism’.

While another told the newspaper that Mr Corbyn looked ready to ‘pack it in’ himself. But Labour sources insisted this was false.

Mr Watson, who was met by cheering supporters as he arrived at Brighton station for the conference on Saturday afternoon, was scathing about Mr Lansman.

He said: ‘I think it says there are some people who don’t think clear-headedly, who risk us having a transformative government by playing sectarian games.

‘I put Jon Lansman in that category and I think it’s very sad because I think he has undermined himself and the members of his organisation, many of whom have been in touch with me today and said they were not consulted when he did that and they were very disappointed with him personally.

‘But that’s politics, I’ve been around a long time and I want us to reunite now.’

Mr Watson was the target of an ambush at the Labour National Executive Committee (NEC) on Friday night, at which he was not present due to family commitments.

Although a surprise effort to abolish the post of deputy was ruled out of order by chair Wendy Nichols, those present voted by 17-10 in a bid to debate it anyway – just short of the two-thirds majority required under party rules.

But the motion was due to be debated on Saturday morning’s meeting of the NEC, just hours before the official start of a party conference supposed to be focused on preparing for a looming election.

After Mr Corbyn intervened with his call for a review of the deputy leadership position, the bid to abolish it was not put to a vote.