Jeffrey Epstein knew about his arrest in July reveals his butler, who says the pedophile called to tell him the news before FBI agents seized him at airport

Jeffrey Epstein knew that federal agents were preparing to arrest him when he returned to the United States back in July.

This surprising bit of information was reported by the French press following an interview with Epstein’s butler at his $10 million Paris apartment.

Gabriel, who worked with Epstein for 18 years, said that he learned of the arrest hours before the rest of the world thanks to a tip from his boss.

‘Jeffrey Epstein trusted his male housekeeper, who said that he alerted him of his impending arrest,’ wrote one French journalist who interviewed Gabriel at length.

He did not say how Epstein had obtained this information however, so it is still unclear if federal agents informed him of their plan as his private jet headed back to the US from France or if one of his many law enforcement sources gave him a heads up.

The FBI declined to confirm or deny Gabriel’s claims while an NYPD spokesperson and the executors of Epstein’s estate have yet to respond to a request for comment from DailyMail.com. 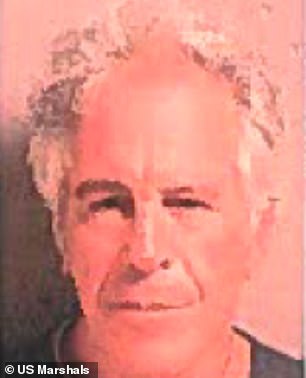 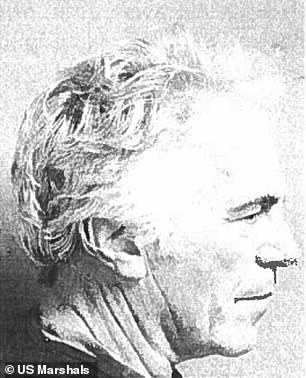 Final mug: Jeffrey Epstein told his butler that he would be arrested prior to FBI agents apprehending him at Teterboro Airport back in July (Epstein in US Marshalls photos taken after his arrest) 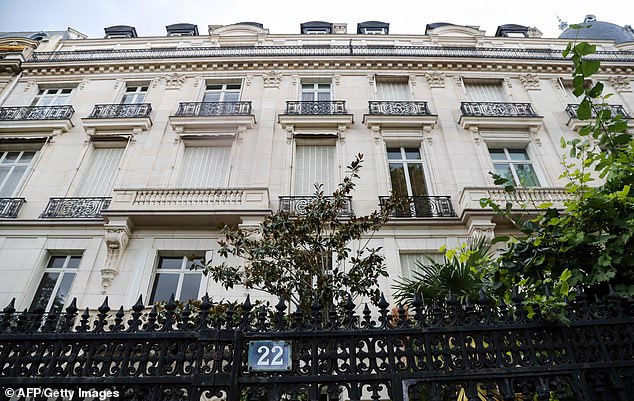 Pied-a-phile: Gabriel had been working for Epstein for 18 years, and after his arrest moved into the pedophiles $8 million apartment at no 22 Avenue Foch (above)

It is also not clear if Epstein learned about his arrest before or after federal agents and members of the NYPD had moved in on his Upper East Side property.

Epstein has a history of leaving his residences spotless ahead of criminal searches, which is why it seems unlikely the FBI would have alerted him to the fact that US Marshalls were awaiting his arrival at Teterboro Aiport.

The Palm Beach Police learned this back in 2005 when they raided Epstein’s mansion only to find that computers and hard drives had gone missing or been wiped clean.

It is believed that this was done to protect Epstein famous friends, who Gabriel spoke about at length once again in this new interview.

Bill and Melinda Gates loved his souffle he said, while Steve Bannon came to stay with Epstein while meeting with Marianne Le Pen in the French capital.

Gabriel specifically remembers Bannon, saying his visit came last Fall and noting; ‘I was even his driver in Paris.’

DailyMail.com reached out to a publicist for Bill and Melinda, who did not respond to a request for comment.

Gates has been adamant however in the past that he had no personal relationship with the pedophile, though the two did spend time together.

A source close to Bannon meanwhile said ‘it never happened

‘I served crowned heads, diplomats, businessmen and politicians,’ said the butler, who noted that Prince Andre and former Israeli Prime Minister Ehud Barak were also guests at the residence.

There was the revolving door of very young, very thin and very tall girls.

Those girls, who Gabriel said all looked to be of age, were kept separate from the other guests at all times according to the butler. 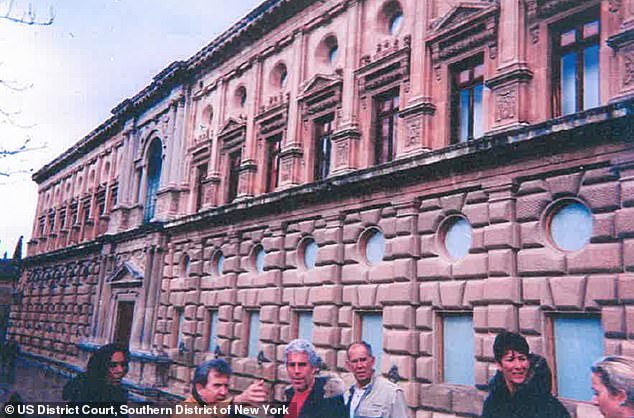 Je t’aime… moi non plus: Jeffrey Epstein chats with Jean-Luc Brunel (center) while Ghislaine Maxwell and Emmy Tayler (right) look on   in  photo taken by Virginia Roberts in Paris circa 2002

Paris was one of Epstein’s favorite places for the final few decades of his life.

Few photos exist of his time the City of Lights, but there is one image taken by one of his accusers that shows the pedophile and Ghislaine Maxwell as they walk through Paris.

That photo and others were part of a trove of documents that were released earlier this month from the defamation case Roberts brought against Maxwell.

Also in the photo, which was taken circa 2002 by Virginia Roberts, is Jean-Luc Brunel.

A lawyer for Brunel said that her client is willing to cooperate with officials in Paris who are investigating his former friend and business partner, Jeffrey Epstein.

Prosecutors in Paris are looking into possible charges of rape and sexual assault against Epstein, both for crimes that he allegedly committed on French soil, as well as ones that he may have committed in other countries involving French citizens.

Brunel’s attorney Corinne Dreyfus-Schmidt denied that he is ‘on the run’ and said that he has made himself available to authorities ever since the launch of this latest probe.

‘Before even the preliminary investigation was launched, he made contact with the Paris prosecutor’s office, informing it that he remained at the disposal of the authorities,’ said the attorney.

Those same prosecutors are also looking into Brunel after three women came forward to allege that they were sexually assaulted or harassed by the Frenchman.

Police began their probe into Brunel shortly after receiving a letter from a former Dutch model,  Thysia Huisman, who said that Brunel spiked her drink and then raped her in his apartment just days after the teenager moved to Paris and signed with his agency, Karin Models.

Huisman said that she was aware the statute of limitations had lapsed for her to press charges against Brunel for rape, but urged authorities to look into Brunel and his businesses.

The office of Karin Models was raided last month by authorities.