TOKYO (Reuters) – Japanese Prime Minister Shinzo Abe drafted the son of ex-premier Junichiro Koizumi in a broad cabinet reshuffle on Wednesday that kept allies in key posts, as Abe faces a tax rise and aims to amend the pacifist constitution. 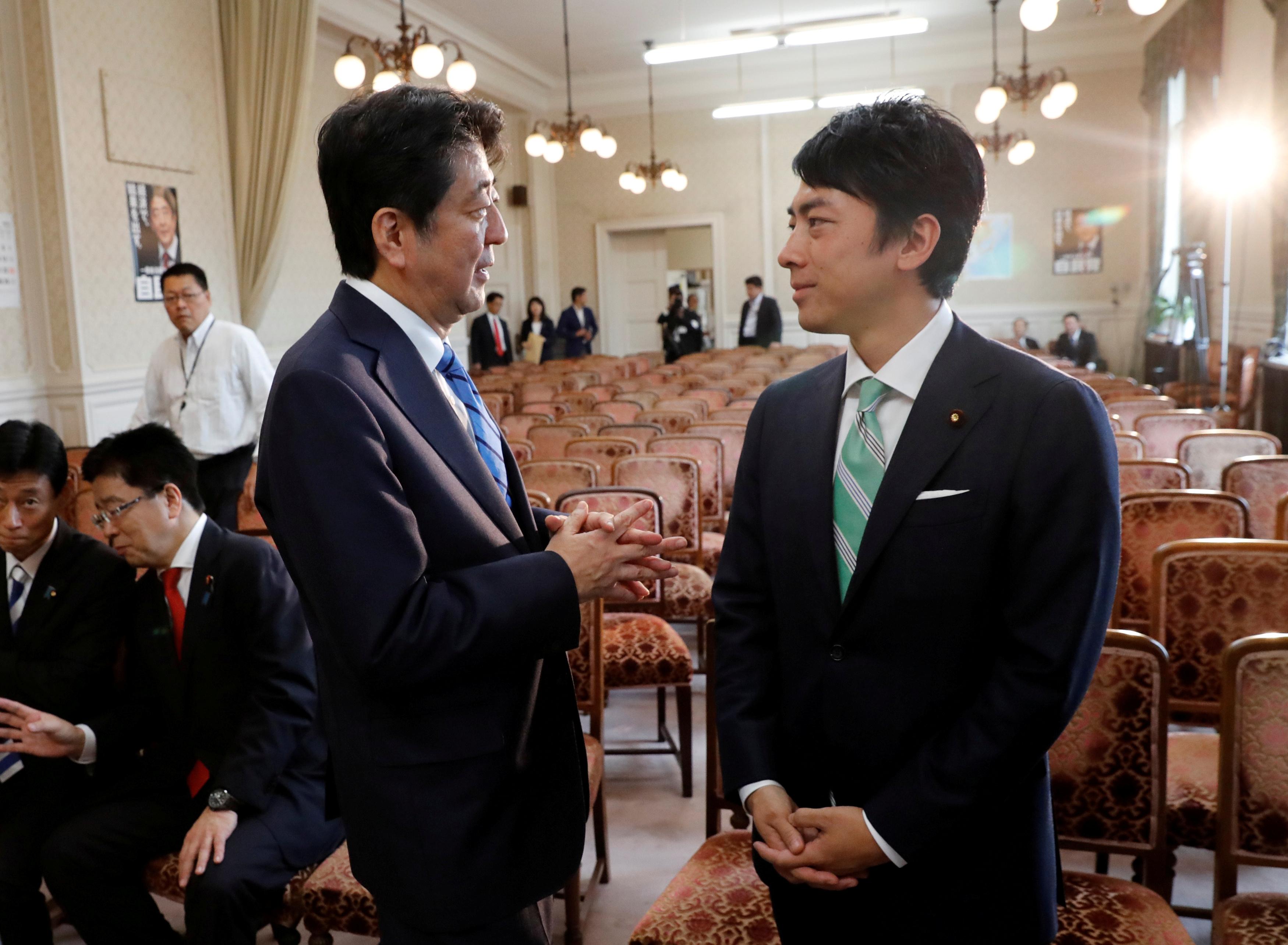 Koizumi was one of 13 first-time ministers among 19 whose appointments were announced by Chief Cabinet Secretary Yoshihide Suga. At 38 years of age, Koizumi becomes the third-youngest to win a portfolio in post-war Japan, media said.

Koizumi’s appointment, although to one of the less powerful cabinet posts, could give a popularity boost to the new line-up.

It could also bolster Koizumi’s chance of competing to succeed Abe when the prime minister’s term as ruling Liberal Democratic Party chief ends in September 2021.

Abe, who returned to power in December 2012 promising to reboot the economy and bolster defense, is already on track to become Japan’s longest-serving premier in November.

Koizumi – popularly called Shinjiro to distinguish him from his father – grabbed headlines last month with news that he would marry Christel Takigawa, a French-Japanese television presenter, and they will soon have a baby.

Abe, although drafting more than a dozen new faces, retained his close allies, Finance Minister Taro Aso, 78, and Suga, 70. Both have served in their posts since Abe returned to office.

“It looks like the ultimate buddy-buddy cabinet. He’s shuffling the same people around, with only those with good ties with Abe joining,” said Norihiro Fujito, chief investment strategist at Mitsubishi UFJ Morgan Stanley.

Aso must help ensure the economy weathers an increase in the sales tax to 10% from 8% in October, which could dampen consumption when a U.S.-China trade war is clouding growth.

Several ministers are also seen as possible contenders to succeed Abe, including his right-hand aide Suga.

Another would-be premier is Toshimitsu Motegi, 63, a Harvard-educated lawmaker with a reputation as a tough negotiator who replaced Taro Kon as foreign minister.

Suga did not say whether Motegi, who as economy minister handled tough trade talks with the United States, would keep the trade talks job in his new post.

A fluent English speaker well-known in Washington, Kono has a reputation as a maverick. He has been on the front line of Japan’s feud with South Korea over wartime history and trade.

Abe appointed a former Olympic speed skater, Seiko Hashimoto, as Olympics minister to prepare for the 2020 Games in Tokyo, one of two women to win posts. 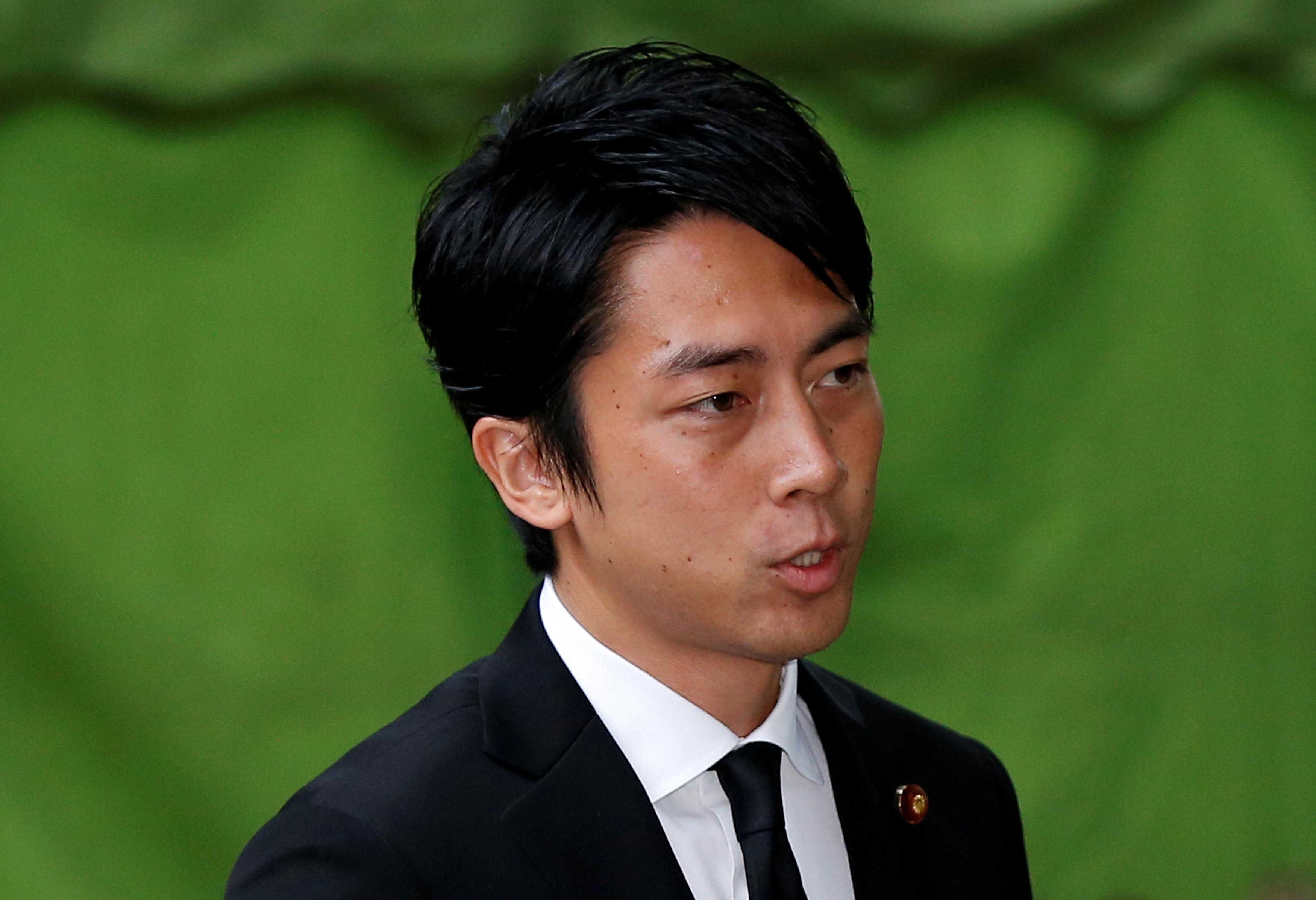 Abe, who could seek a rare fourth term as LDP leader in 2021 if party rules change, has made clear he intends to pursue his goal of revising the post-war, U.S.-drafted constitution to clarify the status of the military.

The charter, if taken literally, bans a standing military but has been stretched to allow armed forces for self-defense.

Abe’s task got tougher when his LDP-led coalition lost its two-thirds majority in a July upper house election. Amendments to the charter require approval by two-thirds of each chamber of parliament and a majority in a referendum.