I’ve sat on a rape jury. My verdict? They’re a life-saver: As it’s proposed juries in rape trials are replaced with specialist panels, SUE REID gives a powerfully personal insight into the minds of those deciding the fate of the accused

Sitting with 11 strangers in the jury box of an English crown court, the story of a girl’s rape by a young man she hardly knew in the bedroom of her home one Friday night rang true. At least at first.

The girl, let’s call her Cherie, goes to a party, and by chance meets an old school friend who has always had a fancy for her.

They dance all evening and he buys her five glasses of vodka and Coke until she gets tipsy and nearly slips to the floor. 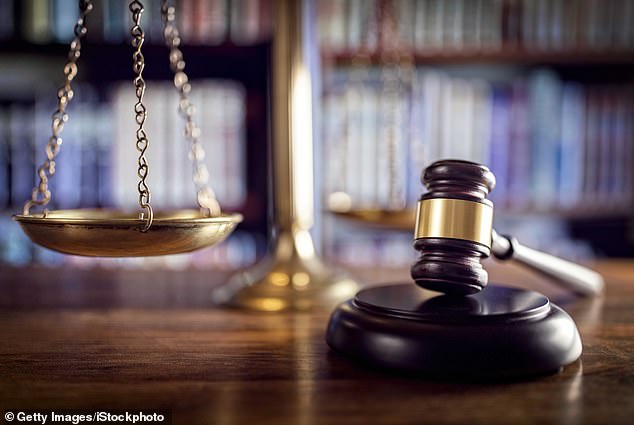 At the end of the evening, he offers her a taxi ride home to the flat she shares with her brother in suburban London. There, Cherie, befuddled with drink, and her new-found friend go to her bedroom where they have sex against her will.

In the early hours of the morning, she emerges to make a coffee in the kitchen, where her brother confronts her about the man in her bedroom.

She says it was all a mistake: she didn’t invite him there, and he forced himself on her without consent.

That was the tale related in court by the police and a team of Crown Prosecution Service (CPS) barristers as we, the jury, listened intently.

We were being asked to decide if the young man standing in the dock with a court officer at his side was guilty of rape. His future hung on our verdict.

I thought back to that moment this week when I read that Left-leaning women’s groups and lawyers are now calling for the scrapping of juries in rape trials, replacing them with a lone judge and a committee of two.

They argue that there are too few convictions and that jurors bring ‘their own prejudices and views in too much’, often favouring men.

Certainly, the rates of rape convictions in this country make for shocking reading.

In the past five years, the number of women reporting a rape to the police has tripled. Yet, over the same time, there has been a collapse by half, to the lowest level on record, in alleged perpetrators being charged.

The conviction rate of those who do reach trial is dismal, too. There were roughly three convictions for every 100 rape cases recorded by the police in England and Wales last year — the lowest rate in more than a decade.

As for the police, their units specialising in rape and sexual assault are increasingly diminished. This has led to appalling misunderstandings between officers and rape victims.

In some tragic instances, women who have reported rape have claimed that police stopped investigating their case after they refused to reveal up to seven years of their mobile phone data.

Many say that having to offer up their phone messages makes them feel ‘violated once again.’

But when it comes to assessing what is usually an immensely emotive and psychologically complex crime, can a single judge — with a small committee — confined to a narrow view of the world — really reach a more insightful conclusion than the collective experience provided by a jury of everyday citizens?

Perhaps my time as a juror can shed some light on why that isn’t always the case.

Just like so many cases of alleged rape, the one placed in front of me and my fellow jurors seemed straightforward at first.

Because of confidentiality laws involving a jury’s deliberations, I cannot tell you the private discussions of my fellow jury men and women. But I can give you some context.

They were from a mix of ages, backgrounds and ethnicities. The majority had good jobs, while a couple of them were unemployed or had retired.

The police, seemingly under intense pressure to get a conviction as the number of rape prosecutions fall, appeared to have exaggerated the amount Cherie had drunk that night to try to prove that she had been incapable of consent.

After Cherie told her brother she had been raped, he called an ambulance which took her to hospital. Rape specialists were called in. Her blood-alcohol levels were tested and she was physically examined.

The investigation was well under way and, as it turned out, she couldn’t halt it.

The first sign to us on the jury that something was amiss came when the prosecuting barrister gave his opening speech.

It concentrated on the five glasses of vodka and Coke that Cherie had been bought and how, apparently, she nearly fell over at the party. To back up the story, a picture of Cherie was passed to the jury. The CPS claimed it showed her in a state of near collapse.

Yet, to us on the jury, it looked as though Cherie was break-dancing — an athletic manoeuvre where the dancer swings their body near the floor.

We passed a note to the judge, raising this question. And we asked for the CPS barrister to read out the interview given to police by Cherie about how many glasses of alcohol she had drunk that night.

Just for good measure, we asked for the recording of her words to be played in open court, too. Thank goodness the judge acquiesced. When the transcript was read and the tape played, it had Cherie saying she had consumed only two drinks, not five.

Far from being drunk and unable to consent to sexual intercourse, she’d been virtually sober at the time she slept with the young man in her bedroom.

During the trial, the paramedics who picked up Cherie in the ambulance, also confirmed that their blood-tests showed a level of alcohol so low that she could easily have danced the night away without falling over.

This was serious. Here was a girl caught in the headlights. Embarrassed at being found with a man in her bedroom, she had implied that he was there without her permission.

Under pressure, perhaps due to family disapproval, she had been caught in the relentless process which can propel a woman to allege rape and end up in a courtroom.

It is easy to see how it may have been hard to recant: to tell her brother she had agreed to sex. Or to admit to police, the medics, the rape specialists, that she had been a willing partner.

As one lawyer who watched the case unfold told me afterwards: ‘Without the jury’s probing questions to the judge, and a judge who accepted they should be answered, the truth might never have emerged.’

Against this backdrop, one can see how rape cases can easily become muddled by conflicting testimonies. If, for example, a woman claims she has been date-raped but her alleged attacker vehemently denies it, whom are we to believe?

These cases are rarely clear-cut, and it’s even possible to feel a tinge of sympathy for both parties.

Indeed, in my case, one can almost forgive Cherie. A girl of not yet 20, she was in a hideous position, albeit of her own making with that first lie to her brother.

What was unacceptable in this trial was the over-egging of police evidence about her drinking to try to prove she had been incapable of consenting to sex and get a conviction. An innocent man’s freedom and reputation for the rest of his life was at risk.

Our jury unanimously delivered our verdict that the young man was not guilty, and we collectively breathed a sigh of relief. Job done.

Two of the police officers handling the case sat with their heads in their hands. The accused gave a grateful smile to the jury (for which he was ticked off by the court officer beside him).

He then walked into the fresh air outside, where his family gathered to pat him on the back.

Yes, justice had been done — and had been seen to be done in an open court room.

But, walking out of that court after the final day, I doubt whether any of my fellow jurors were under the impression that the duty they had carried out had been straightforward.

After so many twists and turns in the trial, any one of us could be forgiven for thinking we would never reach a conclusion.

And yet we did. Just like so many juries before us.

So my message to those campaigners who wish to abolish our ancient jury system is this: focus on improving police work in this delicate area instead of throwing out a tried-and-tested procedure that I know saved one young man’s life from ruin.