Government budgets are now theatrical events rather than financial statements. Even cursory scrutiny of last year’s efforts – federal or state – or any of the years before, will reveal that the promises made and predictions relied upon bear little connection to reality.

The figures rolling off various treasurers’ tongues are treated with wry amusement by the markets whilst elevated to undeserving gravitas by the media. 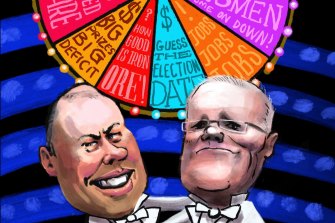 Instead, in the showbiz and sideshow world that politics has degraded itself to, it is the performance not the substance of the budget that matters. It has become a rare opportunity for those actors who for the time being perform the role of being in government to get media attention and role-play economic wizardry.

It is all about the moment, not what happens afterwards. Almost no one follows up any of the grand promises made. There are zero long-term electoral consequences when sometimes only months later the grand sweeping commitments are quietly abandoned.

The Andrews performance troupe have offered a classic Labor circus. 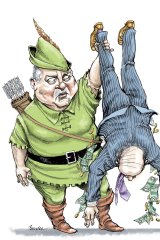 Treasurer Tim Pallas, for so long now the quiet achiever of the Andrews government, has slugged very big business a tiny mental health levy, but a bigger squeeze on property developers and investors whilst splashing cash on even more infrastructure, new locally built trains and a timely investment in medical research. Cue confected outrage from the usual self-interested quarters.

I had to suppress a giggle when the property industry lobbyists and spin doctors grimly predicted that despite and amid a massive property boom, Victoria would suffer capital flight because of a tiny increase in land tax and stamp duty. Nonsense.

For every property developer that chooses to look elsewhere for a fractionally lower tax environment to invest in, there will be 10 replacements rushing to fill the void. If a developer’s margins were so thin that this tiny tax hike makes them unviable, they should be looking down some other avenue of capitalism, quite frankly.

The windfall tax is harder to assess as the devil will be in the detail. As long as the government designs the windfall tax properly, it will make but a ripple in the developer ocean. If they get it wrong, it will be a guillotine on development and a disaster.

The state opposition need to double their so-far barren efforts to generate new ideas together with novel ways to pay for them. Their challenge is the shortage of creative minds available, and a lack of work ethic. There are too many passengers. 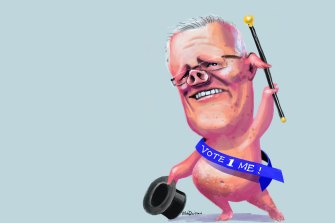 Anything to distract the voters from the astonishing and inexplicable failure to successfully vaccinate Australia as an approaching deep winter brings a probable third infection wave.

Revealingly, there are other issues worrying Liberals in marginal seats. Voters in the formerly safe but now marginal Liberal seat of Higgins, around Toorak, Armadale and Malvern, have benefited from a letterbox survey from their local member, Katie Allen. She suddenly wants to know what they think of climate change, taxation levels, border protection as well as a raft of issues that are clearly nothing to do with her federal responsibilities at all.

She asks about local transport, community safety, creating local jobs and so on. Interestingly, the first box to tick to answer every question is the Liberal Party policy. She also manages to squeeze seven photos of herself into a three-sheet survey.

Election around the corner? All the signs are there. With the federal budget out of the way, the faux election campaign begins. Ignore the PM’s protestations to the contrary – he will go anytime he thinks it is to his advantage.

As John Howard always warned “you cannot fatten a pig on market day”.