A Victorian man whose sister died while waiting for an ambulance says the death of another woman in similar circumstances this month is a “disgrace”.

Christina Lackmann, 32, was found dead at her home in Caulfield North during the early hours of April 22, more than six hours after calling triple zero to report she was feeling lightheaded and numb. 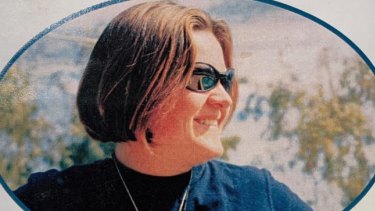 Heath Cay, whose sister Kylie Cay, 44, died alone on her bathroom floor in 2016 after her emergency call was downgraded, says he cannot believe another woman died in similar circumstances.

His sister’s death is the subject of a coronial investigation following an inquest late last year. He said more people would die unless the emergency health system was overhauled.

“You would hope that when someone doesn’t answer a phone call back after calling triple zero, someone in the system would send even the police around to check on a person’s welfare. To be neglected for six hours because she didn’t answer the phone is just a failure,” he said.

“In Kylie’s matter there was no follow-up at all. It’s a disgrace.”

Ms Lackmann’s family took to social media to express their grief hours after learning of the circumstances of her death.

Brother Broder Lackmann said his sister was in the prime of her life and deserving of much better treatment.

“This is the world we live in now. My sister was 32. She called 000 and was left there for nearly seven hours. No it’s not a third world country, not even an outer suburb. This is Caulfield,” he wrote. 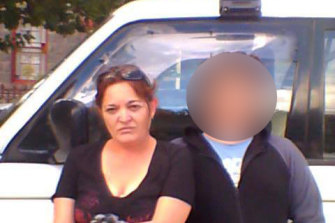 Port Fairy woman Kylie Cay’s death is being investigated by the coroner.

“Basically, if you live alone, time to work out who else to call in an emergency.”

Mr Cay said his heart went out to the Lackmann family. His sister Kylie was discharged from Warrnambool Base Hospital three days before her death after surviving a vicious assault. She called triple zero when she became unwell again.

A coronial investigation late last year revealed a clinician who reviewed her call for help did not speak to the mother of three but downgraded her emergency call, allegedly missing a symptom that would have suggested she had a ruptured spleen.

She was told to take a taxi to hospital but believed none were available in her small regional town late at night.

Her death has since led to an overhaul of the way emergency calls in Victoria are handled. This includes changing procedures so that clinicians are required to talk directly to a patient before a call can be downgraded.

Ambulance Victoria is also required to call back patients who had been left to seek treatment on their own, the inquest into the 44-year-old mother’s death heard.

But Mr Cay said not enough had been done.

“You’d like to think after calling triple zero and passing out, someone would come and find you immediately. That’s just not happening,” Mr Cay said.

“They’ve made changes, but they’re not adequate.

“People should be worried. Will an ambulance actually come? The chances are they may not.”

The findings of the coronial investigation into Ms Cay’s death are expected any week.

An investigation has since been launched into Ms Lackmann’s death, which leading health groups described as a casualty of hospital emergency departments being overwhelmed.

The 32-year-old died just a day after The Age revealed a blowout in ambulance response times and an increase in seriously ill patients being forced to wait outside hospital emergency departments for up to five hours because of a lack of available beds.

A spokeswoman from the Coroner’s Court of Victoria confirmed the young woman’s death had been referred to their office for investigation.

“The court can confirm that the death of Christina Lackmann has been referred for coronial investigation. As the investigation is ongoing, no further comment can be made at this time.”