The Red Falcon Funnel Ferry ran aground during thick fog around 50m from shore at East Cowes on the Isle of Wight this morning. 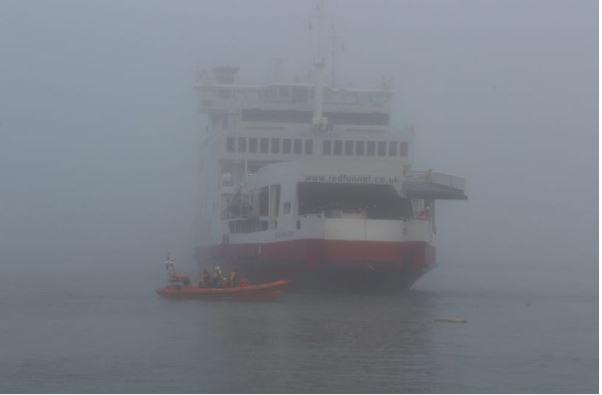 Emergency services scrambled to the scene after a man was heard yelling for help – since confirmed to be safe and well.

The man, who had been on his own vessel, had been crying out to raise the alarm.

The Red Falcon is now being towed to safety, with all 56 onboard safe and well.

The Maritime and Coastguard Agency said the Red Falcon Ferry had collided with at least two yachts – with one believed to have sunk – while trying to berth at the entrance of Cowes Harbour during heavy fog. 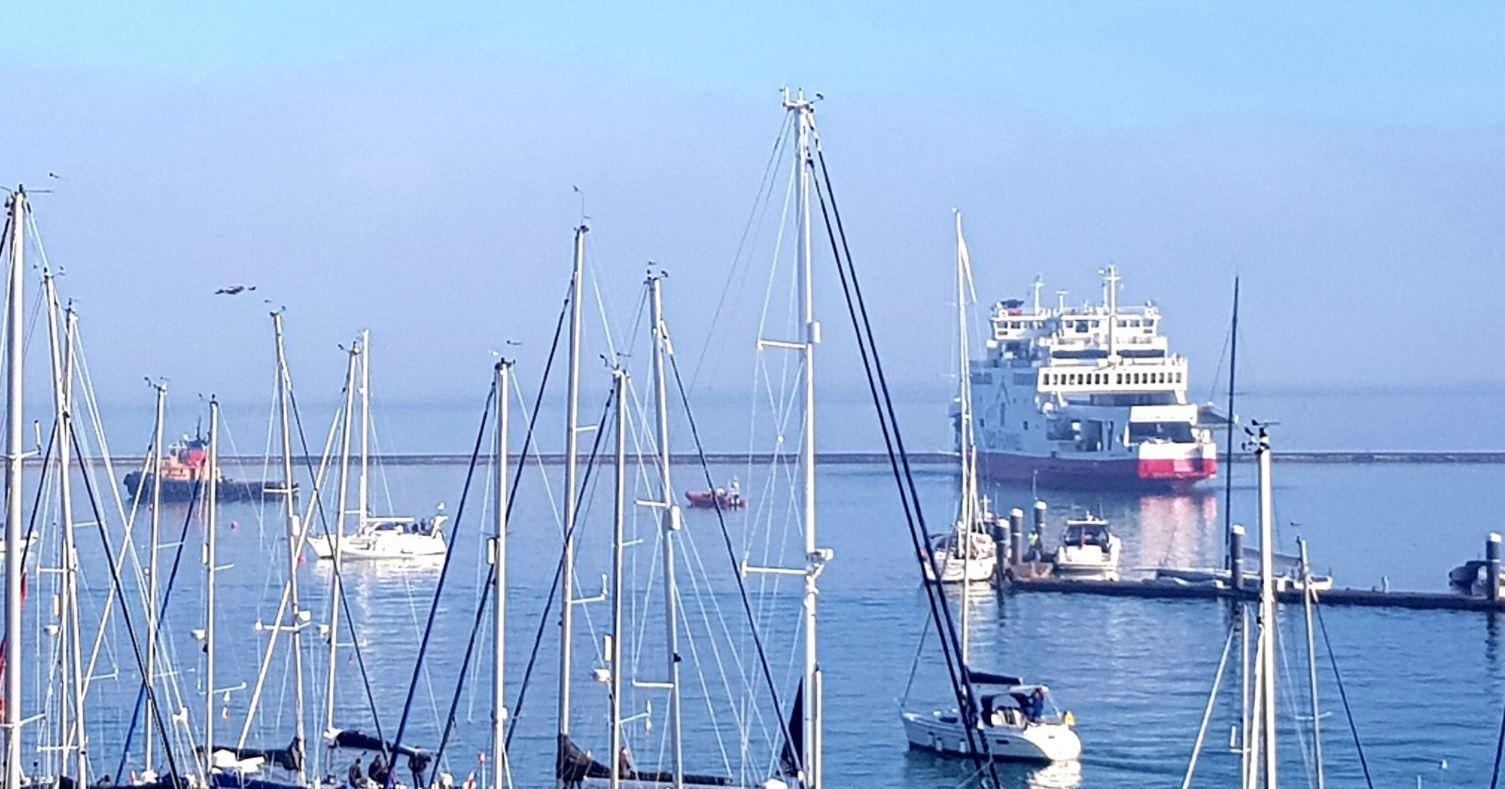 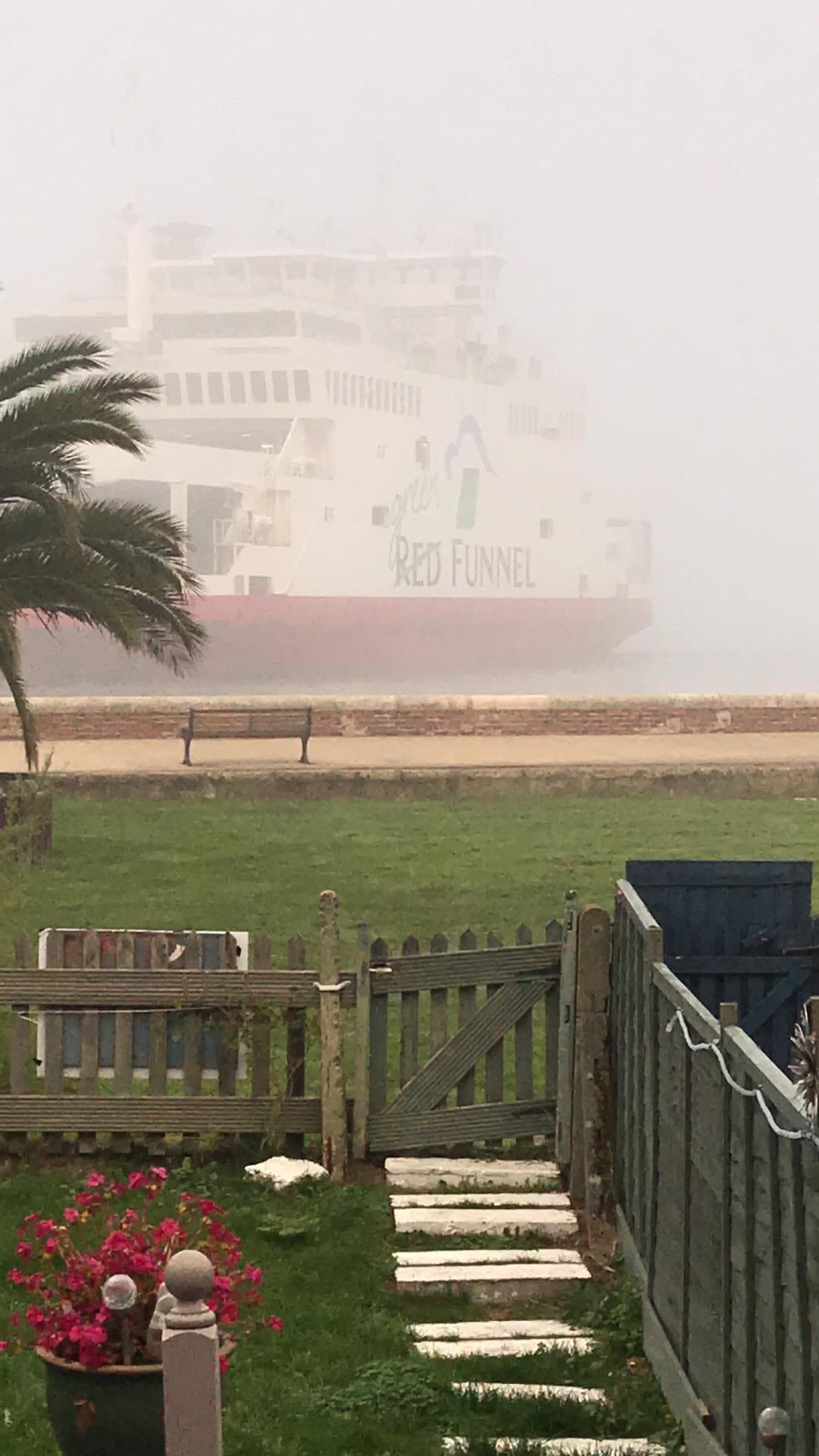 In a statement, they said: "At around the same time we received a 999 call from a member of the public reporting that he'd heard cries for help within Cowes Harbour."

But HM Coastguard has since confirmed there was no one in the water or missing.

They said: "HM Coastguard has made contact with the person who was initially heard crying for help and he is reported to be safe and well.

"We have established that the person was onboard his own vessel and crying out to try and alert the master of the ferry of the situation." 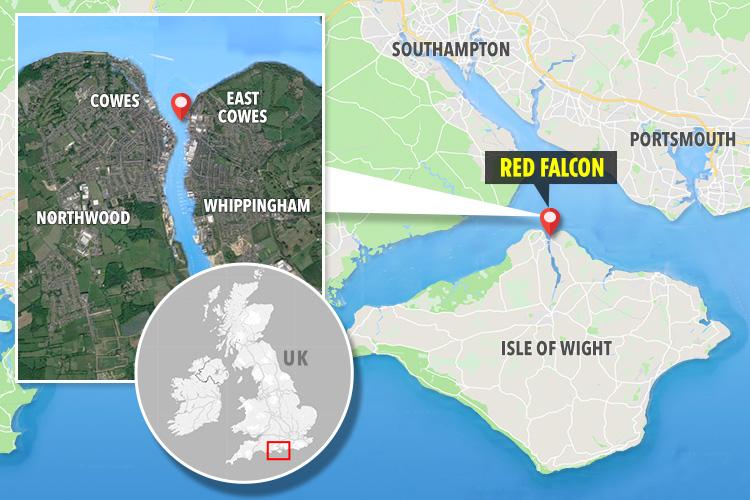 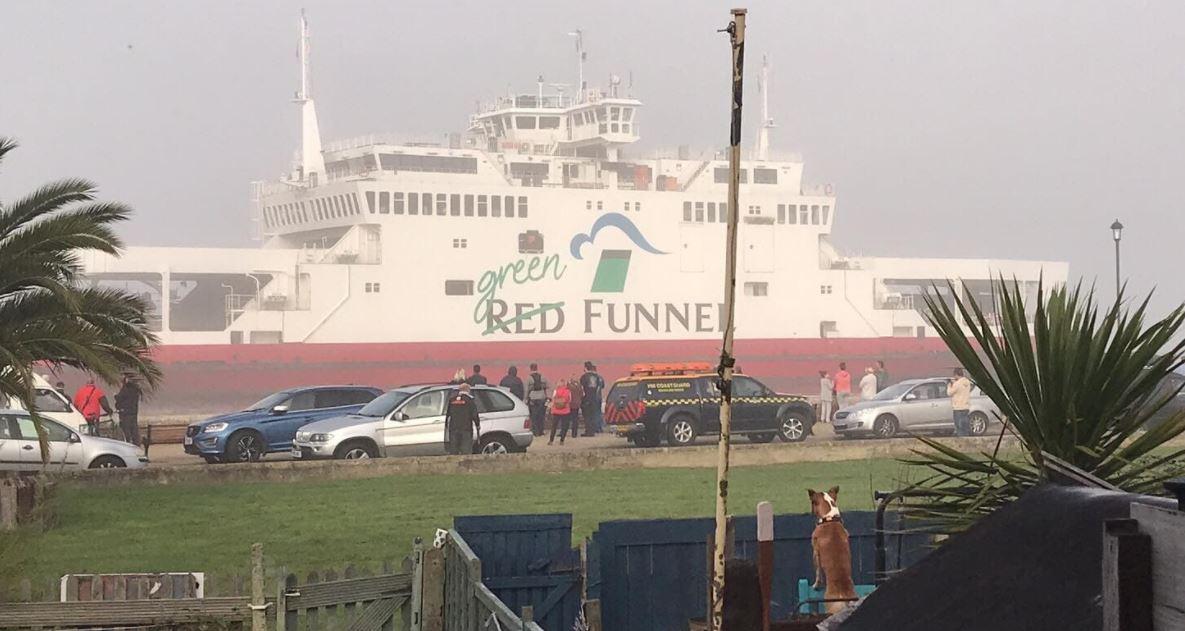 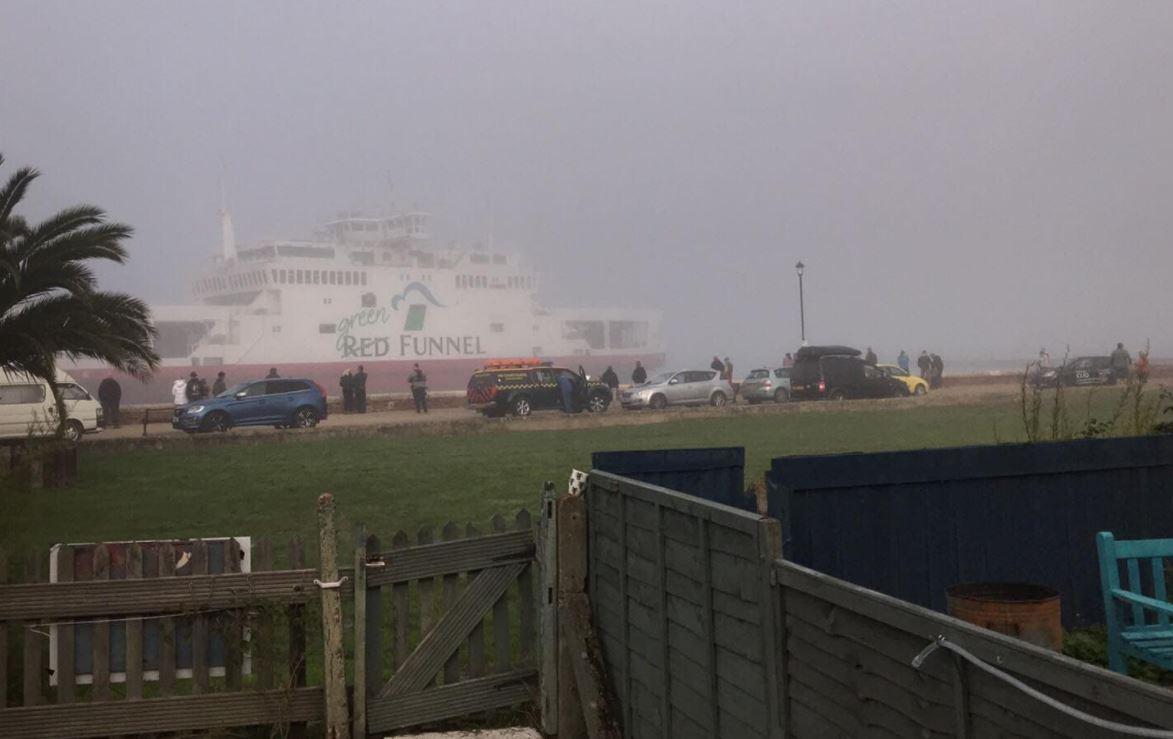 They said extensive searches of the area had been performed by Cowes RNLI Lifeboat, Calshot RNLI lifeboats and Coastguard Rescue Teams from Bembridge, Needles and Ventor.

A Coastguard search and rescue helicopter was searching the area but due to low visibility in the area had to turn back.

Delays have since been sparked for those waiting on the vessel.

It is believed the ferry could be busier than usual, with half-term beginning this week.

Editor of The Island Echo Darren Toogood said: "People have heard cries for help, witnesses. There's a search to rule out people in the water. Initial information was that the boat was tied up so they want to rule out there are people there.

"The ferry's aground completely. It's so close I can get the ferry's wifi. It's high tide now so it won't move for another 12 hours."

REd Funnel travel confirmed: "Vehicle Ferry suspended between Southampton and East Cowes until further notice due to the Harbour in Cowes being closed due to safety reasons.

"Our next update will be at 13:00. We apologise for the inconvenience caused to your journey."

The incident has reportedly caused hours of up to two hour delays, with RedJet and RedFunnel crossings cancelled.

Any witnesses who saw the collision, the grounding and/or any passengers onboard the Red Falcon are requested to contact MCA Investigations and Enforcement Unit via email at [email protected] leaving their contact details so that we can get in touch.