The father of British ISIS bride Shamima Begum, has said the UK government should have done more to investigate how she was able to leave the country for Syria aged just 15 – and without a passport.

Begum, now 19, left East London’s Bethnal Green with two friends to travel to Syria to join ISIS in 2015, and has now resurfaced at a refugee camp in Syria, saying she wants to go home with her newborn son.

Her apparent lack of remorse for ISIS’s horrid crimes, including the terror attack in Manchester in 2017, has triggered criticism in Britain and Home Secretary Sajid Javid revoked her citizenship. 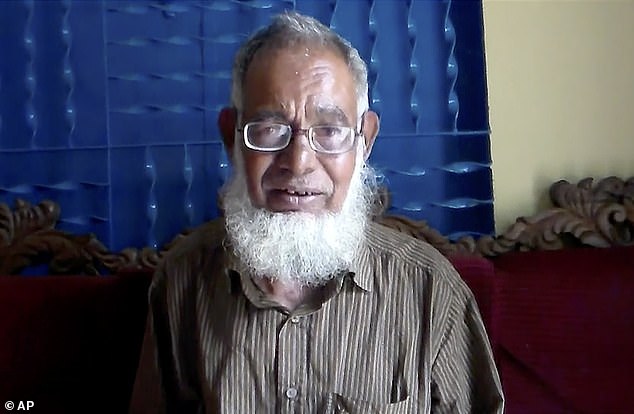 Her family, some of whom are Bangladeshi citizens, has insisted she does not hold dual nationalities. The case is pending in the courts.

Ahmed Ali, 60, told The Associated Press in an interview in his Bangladeshi village that he would still request that the British government allow his daughter to come back.

He initially told the Mail on Sunday in an interview last month that he agreed with the Home Secretary, saying: I know she is stuck there but that’s because she has done actions that made her get stuck like this.’

He then recanted, and claimed Britain is ‘duty-bound’ to allow the 19-year-old to return to the UK.

‘My child was only 15 years old when she fled, she was immature,’ said Ali, who lives in the northeastern Bangladeshi district of Sunamganj, 112miles northeast of Dhaka, with his second wife.

Ali criticized the British authorities for failing to properly deal with the issue of students who have fled to join ISIS. 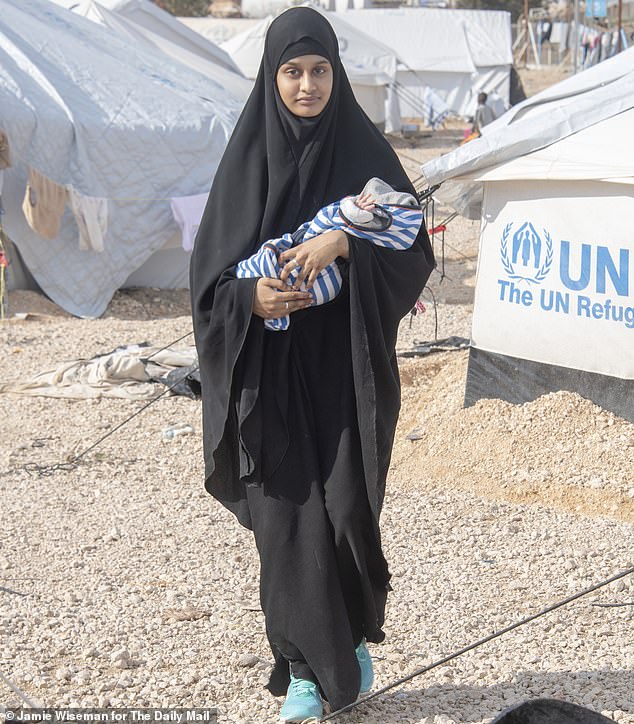 British Jihadi wife Shamima Begum pictured with her week old son Jerah in Al Hawl camp for captured ISIS wives and children, where she told the Mail if allowed back to Britain would dedicate herself to stopping other girls being radicalised 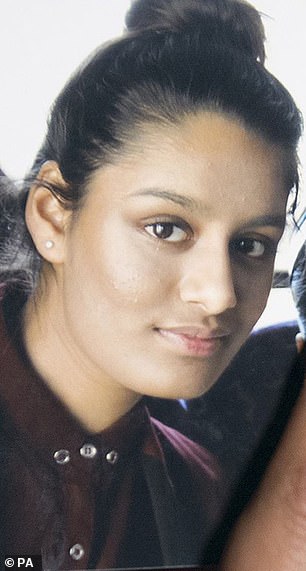 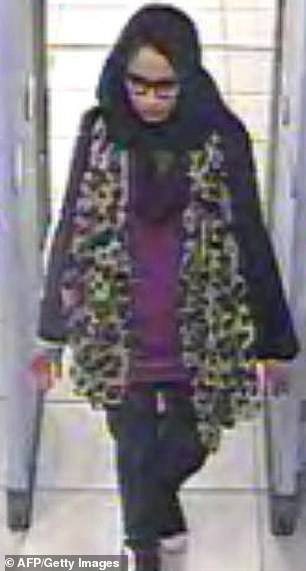 Begum, now 19, left East London’s Bethnal Green with two friends to travel to Syria to join ISIS in 2015, and has now resurfaced at a refugee camp in Syria, saying she wants to go home

‘The British government should have been alarmed about the matter, and they should have also inquired at the school to find out how she fled, since she was a student,’ he said.

‘The British immigration system is very informed, the most informed system in the world. I always say how did (Shamima) get there using another one’s passport? She doesn’t even have her own passport. These matters should be investigated as well,’ Ali said.

While it’s unclear if Begum has committed a crime, her comments – and those of her Dutch husband Yago Riedijk, 27 – throw into sharp relief larger questions about how Western societies will deal with others who joined IS but want to return to their home countries now that the extremist group is on the verge of collapse. 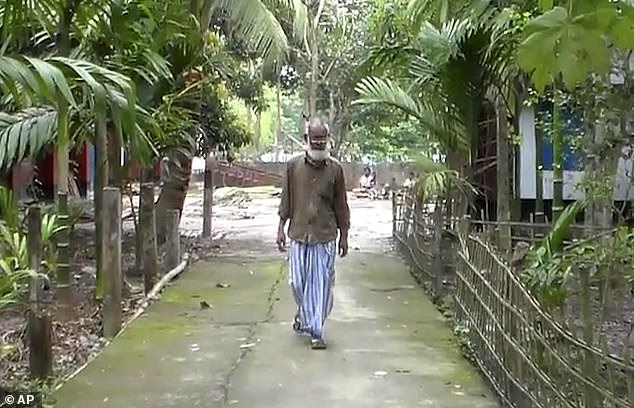 Ali, 60, said his daughter’s citizenship should not be canceled and that she could be punished in the United Kingdom if it was determined she had committed a crime

His comments comes as a Turkish terrorism expert has claimed that Begum would need to pay some £40,000 to human traffickers to be smuggled back to Britain.

Dr Yayla, a former counter-terror police chief who is now an assistant professor at DeSales University, Pennsylvania, said fees have skyrocketed as foreign fighters have become desperate to return to their home countries.

‘If they are still in the area by now they know it is foolish for them to try and run away because they are surrounded.

‘At this point options are very limited compared to six months or a year ago.’

Begum’s husband has said he wants to be able to bring his young wife and child to the Netherlands.

Speaking to the BBC Riedijk said he would ‘love’ to return to his country, adding: ‘I now understand the privileges that I lived with. 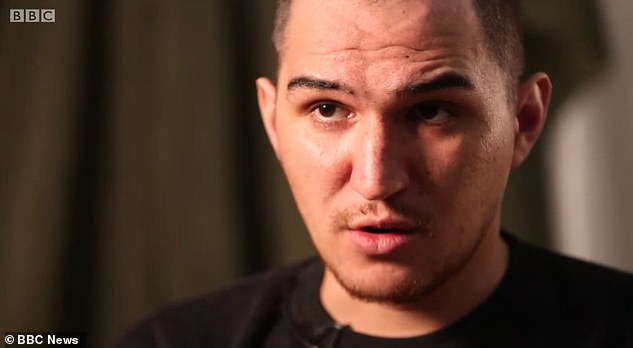 Begum’s husband, Yago Riedijk, is being held in a Kurdish detention centre, pictured here speaking to the BBC

‘I have to take responsibility for what I did, serve my sentence. But I hope to be able to return to a normal life and to raise a family.’

When asked what this meant for his wife, whom he last saw around six weeks ago, he replied: ‘Wherever she goes, I’m going to go. If my country wants me, I either take my wife or I stay with her.’

He said it ‘saddens’ him that Begum had lost her British citizenship, adding: ‘I understand any government’s fear of foreign fighters or their wives. But to let a young girl in her position who has lost her children, who has been through horrors in Islamic State be left here to rot in a camp.

‘I don’t think that’s a very humanitarian decision, no.’

He added: ‘I know (Shamima) is not a danger to anyone whatsoever… but she made a mistake and will have to live with the consequences.

‘She never really did anything besides being a wife.’