Fire has destroyed a western Iowa business that made pipe organs for churches, schools and customers from around the world, officials said.

The fire at Dobson Pipe Organ Builders in Lake City was reported around 4 p.m. Tuesday, officials said. Firefighters found the building engulfed in flames that caused its exterior walls to collapse.

One employee of the company was burned when he discovered the fire and tried to put out the flames, according to authorities. The State Fire Marshal’s Office said it believes the fire was started by a malfunctioning fan that caused sawdust to ignite. 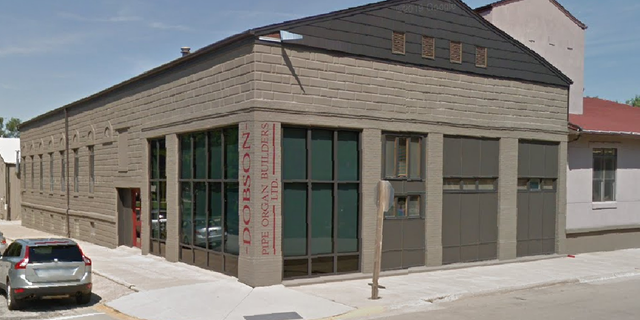 Lake City is about 70 miles northwest of Des Moines.

Dobson Pipe Organ Builders was founded in 1974 by Lynn Dobson, a Carroll, Iowa, native who attended Wayne State College in Nebraska, according to the business’s website. During his years at the college, he built an organ in a shed on his family’s farm that he sold to Our Savior’s Lutheran Church in Sioux City, Iowa, where it is still played.